“Well begun is half done,” said Aristotle.
And he couldn’t be more right.

For in retrospect, a four hour culinary ordeal in Milan took me two halves of conjoined memories to reconjure. Having salivated through the first half of my 19 course meal in the haute city of Milan, behold the second half, glistening with a multitude of my favorite dessert courses. 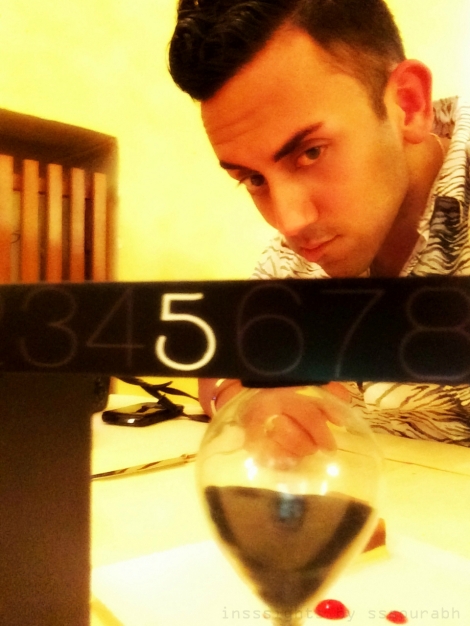 11. A Soothsayer told Me

Reminding me of the bright colors of an Indian rangoli, and prophetic like the soothsayers of India in its title, was a wine hued beet root jelly (aloha gastronomy!) topped with swirls of beet sauce, capers, tamari and chunks of fresh ginger and a truffle soy cheese. While the steamed soy cheese was rather one-note with an ordinary texture and flavor, I instinctively scooped up the ginger with the beet jelly. The juxtaposition of the strong but contrasting flavors was a marriage made in heaven, where my taste buds were the wedding party.

At this point, I definitely had a relationship with the chefs, the charming waiters with a knack for whimsy, and the story of this meal. Up next was a dish disguised as a salad, but akin to a Wonderland for Alice. A potato cake with leeks, rösti with toma cheese, cooked in terracotta, was the star of a dish with winter greens and red wine sauce caught in a mid-air dance, interlaced with artichokes. What I expected to be a light course was densed up by the potatoes, but nonetheless, a hearty, familiar combo with the salad .

13. Beneath a White Blanket

By course 13, I naturally needed a blanket for snuggle, hence perhaps the namesake. The chef described this as a winter walk in the woods, for what lured the eyes first was a milk saffron foam, halved like an enigmatic moon with lavender florets. Underneath was a green celery pesto, a cabbage heart, dried fruit, ricotta cheese, crispy sage and chestnuts, melting in the pillow softness of the foam. The flavor profile was overall comforting, soft and homey. 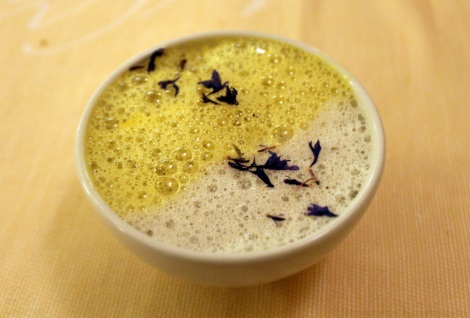 The next plate arrived as a preview of Picasso on a plate, touted Autumn field but with so much green amidst vivid reds that it made me yearn for spring. A purple potato cake with vinegar, horseradish and shiitake mushroom was swimming in a miso broccoli sauce, with miso and berry sauces etched on the plate borders. While the latter dried up on a warm plate, the strong, punchy vinegar miso flavors were a perfect contrast to the carbohydrate heartiness of the potato, leaving me thirsty for more… and for water! 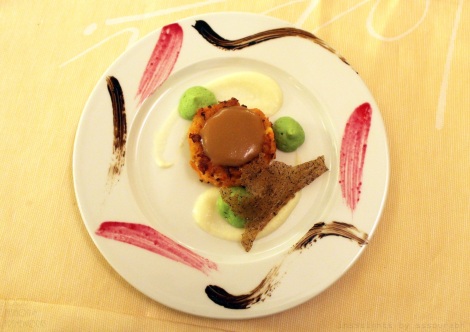 At this point, the chef’s smirks had turned into a viral laughter as he brought the next plate, complete with punctuation marks. And it had a story to tell. For while a freshly sliced kiwi was accompanied by a question mark in berry sauce, its alarmingly similar sibling, the homemade kiwi, preceded a much needed question mark. Giving China’s artificial everything hefty competition was an apple green tea jelly with a drop of condensed rice milk! The flavors were the paradox of fruity fresh and velvety creamy, and upon eating it I discovered the attention to detail, for each bite had a crunch of grated black sesame seeds to resemble kiwi seeds! Hats off to creativity for this pre-dessert palette cleanser and mind boggler.

Almost as if foreseeing my giddy demeanor after a plethora of lusciousness, the chef brought an interpretation of an apple a day. Tatin with a refreshing fragolino grape sauce, an apple and buckwheat biscuit cookie and my favorite cinnamon ice cream dispersed into a border of polka dots. It was like an apple pie’s elitist cousin, combined with my passion for ice cream and cookies. And honestly, I was ready to ask for this cousin’s hand in eternal marriage. For not only was the dish a lightly sweetened and fresh scented bite of delight, it looked ethereal, with warm burgundy hues and perfect mirror-like symmetry.

Feeling playful, two chefs arrived with a plate and a musical instrument, clearly reading my expression of perplexity as one of them began clamoring with the gong as other eaters craned their necks to see the spectacle in zebra print. For a second I wondered if they had discovered my food critic status or mistaken my joy for my birthday. But really, gong was the name of the dessert, a chestnut angel’s hair spaghetti dissolved in an almond froth and rice crumble, tucked into a baby mason jar with quince compote and topped with seven dots of raspberry and vanilla. Almost like an explosion ready to happen with unexpected consequences. For amidst a taste of Indian kheer from Punjab, I tasted a hint of cinnamon and ginger cookie. Together these whisked me into my childhood with the official permission to play a gong as I gorged the dessert! 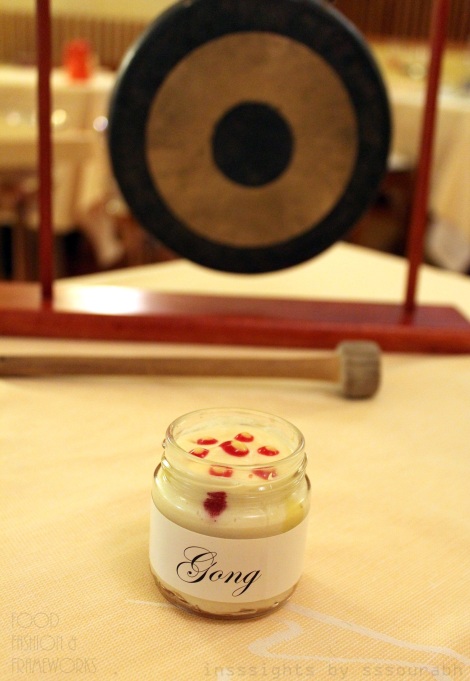 I was unaware of exactly how many courses would arrive, for what was marked as fourteen eventually stretched to more, courtesy of sumptuous amuse meals. So when a dish came with an hourglass sand timer, I figured we must have reached the end of an adventurous journey. Touted as five minutes, the petite dessert was intended to be gobbled up within five minutes. Not a hard task, for it comprised of a refreshing, intriguing pear and lime chocolate with a layer of dulce de leche cream, along with a candied chocolate dipped orange for a punch of freshness. Chocolate is the  speedy shortcut to my heart and brain. The timer made for a whimsical playtime, retaining me in a childhood that an earlier dish had merrily plunged me into. 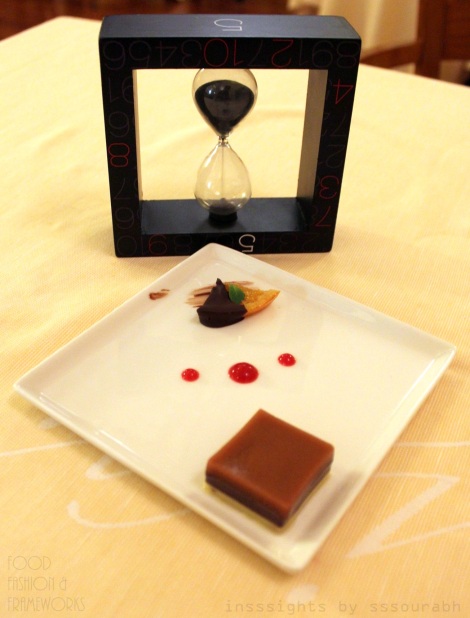 The final palette cleanser that tied a neat knot on the meal arrived in another tiny mason jar, which was filled with an aromatic citrus sesame panna cotta. This was the perfect vehicle for such ingredients for it softened their flavors in its velvety, pillowy texture which reminded me of a bedtime inching closer courtesy of my gradually expanding waistline over the four hour meal, which had no given shape to a rollable belly! 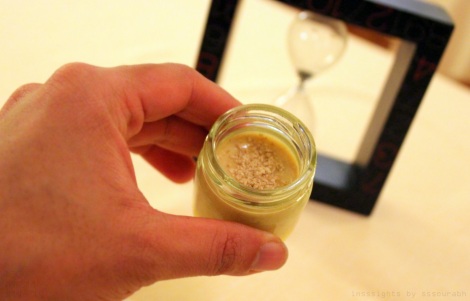 Milan is truly a different creature, one that stands out of the valiant histories and juxtaposed architecture of Italy, one that belongs amongst cosmopolitans and yet sits so far away. And despite over-the-top fashion associations, it is evidently a city with a well rooted food history and an equivalent appeal for foodies.

I’m glad I ventured outside of Fashion Week to inhale a culinary facet of Milan.
For an unexpected adventure may be within your mind, but the path to it is outside.