Ever wondered what’s in the mind of a vixen?
Few know, few can tell, but everyone is intrigued. 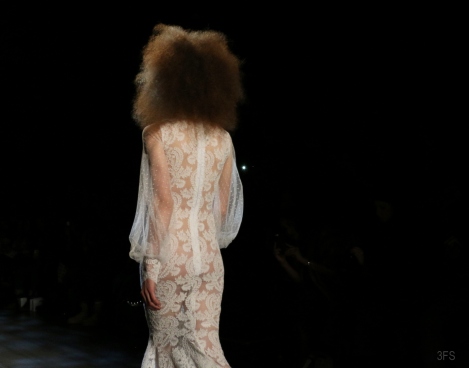 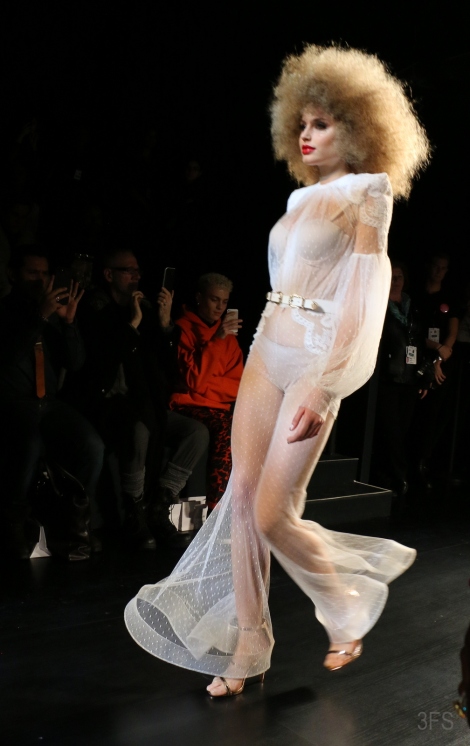 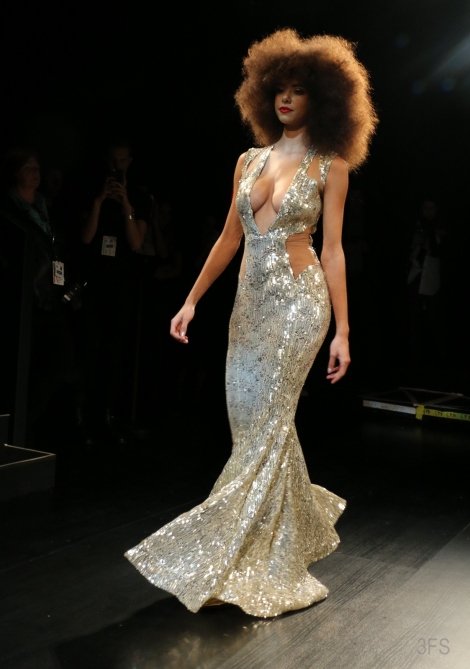 Michael Costello took to showcasing disco divas in their sexiest and laciest evening wear at New York Fashion Week (NYFW), with exaggerated dresses in daring cuts. With a slew of vixens attending the show, the runway was a replica of what one would expect from the voluptuous sex appeal of lace and dotted transparent gowns for evening wear. 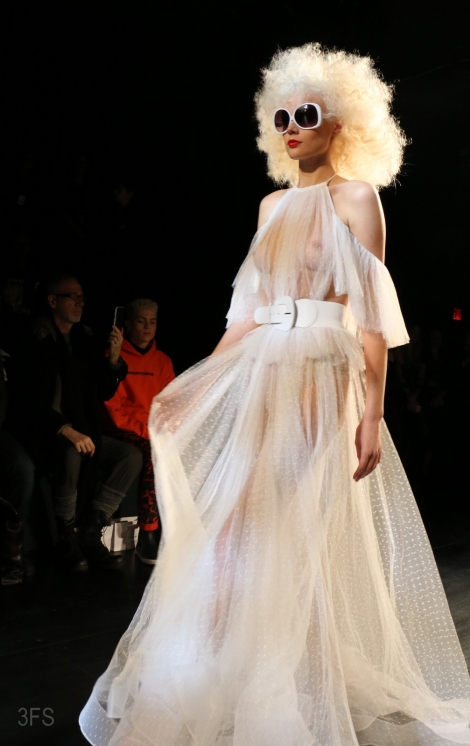 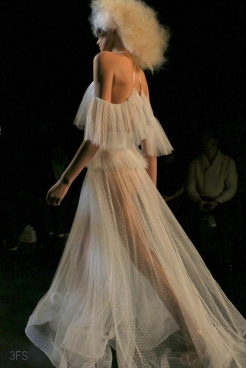 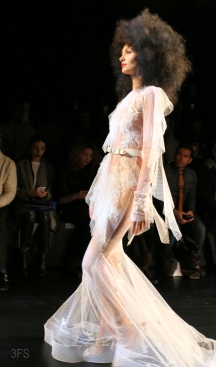 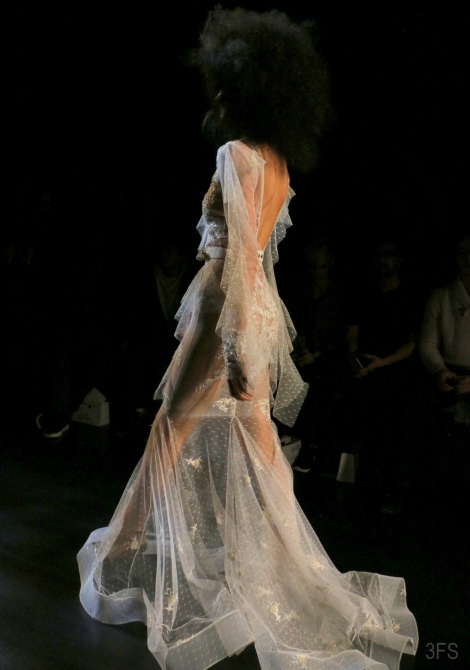 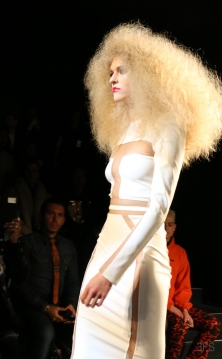 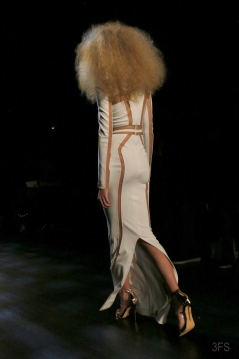 The season had several intriguing cuts – with voluminous puff sleeves, cuffed for drama, loose fit transparent trousers, exaggerated fringes and wildly asymmetric and cut gowns. The dazzle of sequins and the shards of lace were in almost every piece, giving a fluttering, glimmering effect every time a model waltzed by. 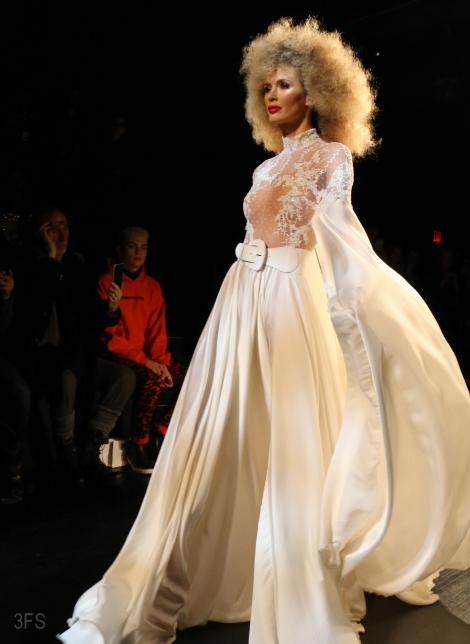 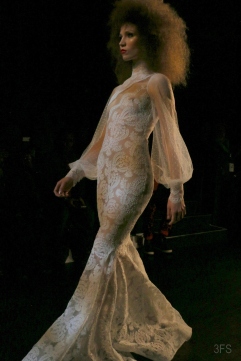 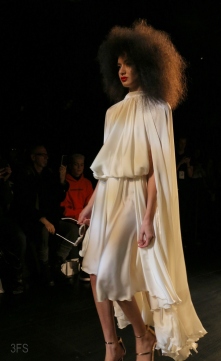 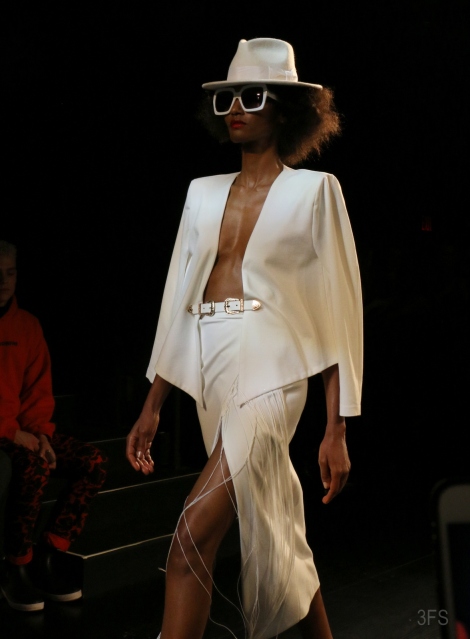 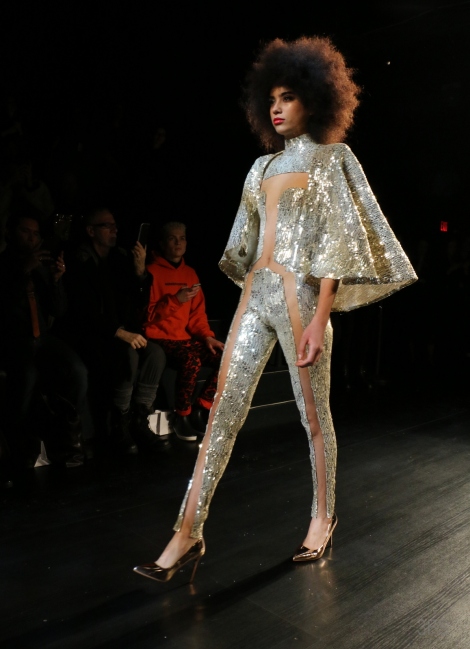 White and silver were the dominant hues, colors that struck like luminescent glows in the dark, probably out of some intention given their radiant skin show. From gowns to jumpsuits, the styles were all showpieces that could be treasured in the spotlight. The choice of jumpsuits was an interesting juxtaposition to the delicate lace and sequins, and one which tread a fine line between sex appeal and modern classic styles. 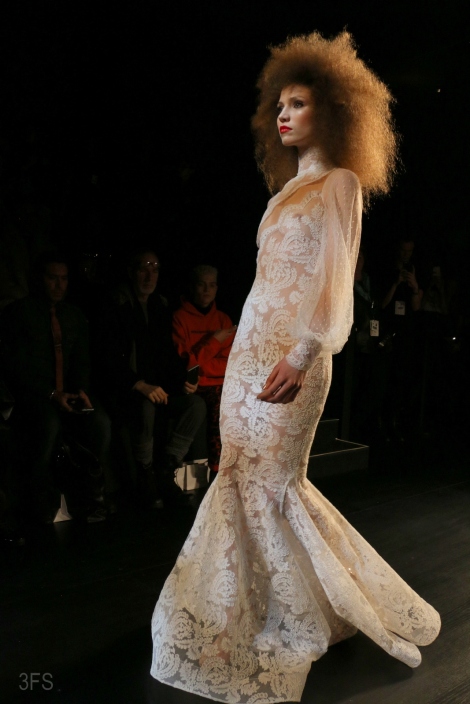 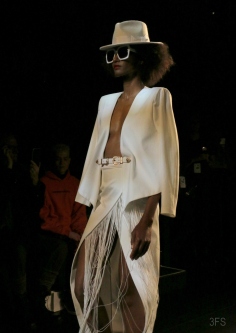 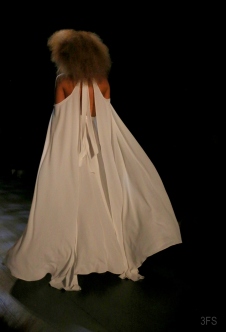 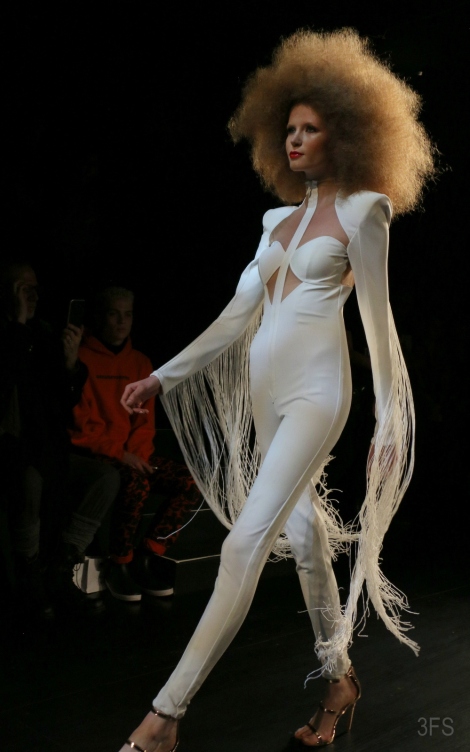 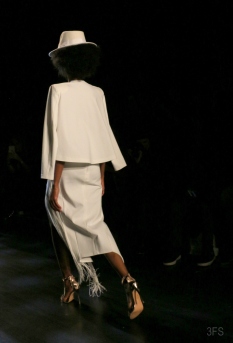 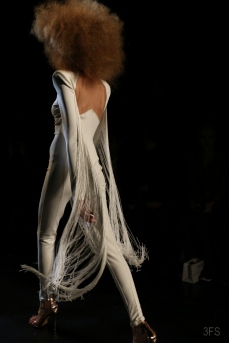 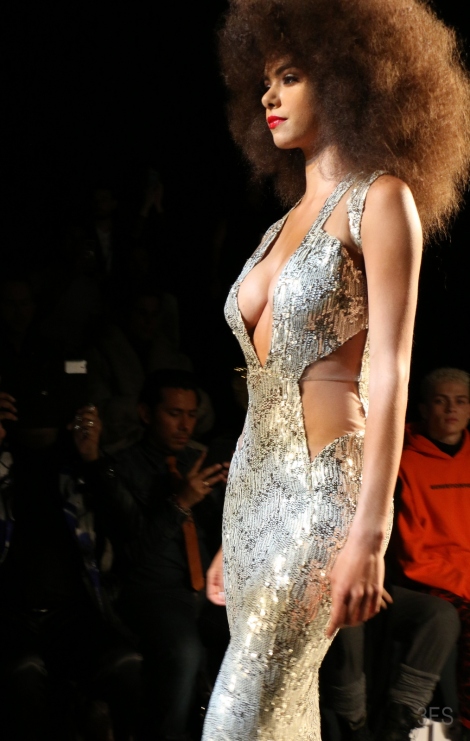 As background, Michael Costello’s designs are often found everywhere from the Oscars to the Grammy’s and his client list includes the likes of Lady Gaga and Beyonce. His clothing is actually on display at the Grammy’s Museum, too! Which in itself made the gowns garner more sexual prowess than immediate wearability outside of a red carpet stint on a daring celebrity. 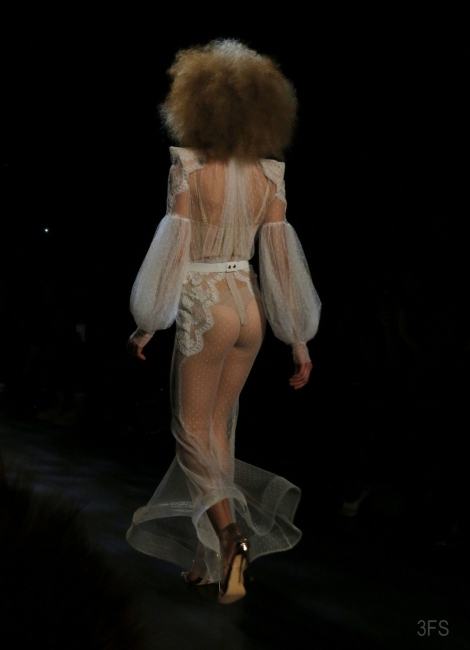 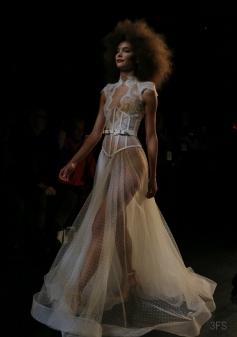 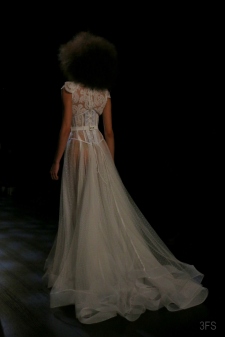 I meanwhile sat in my chunkiest of sweaters for a snowy winter day, a by-standing sheep in a world of succulent lace! And while I may not know what is in a vixen’s mind, at least I know what they adorn when in the best of moods. 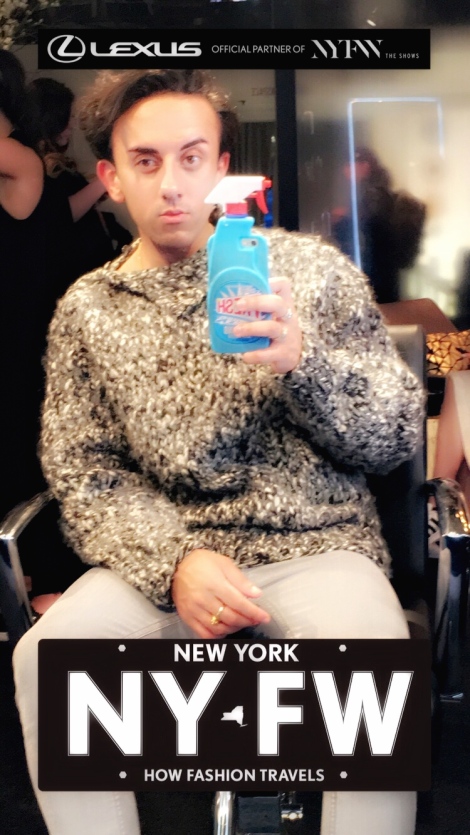 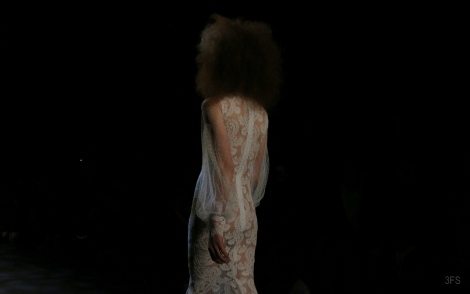