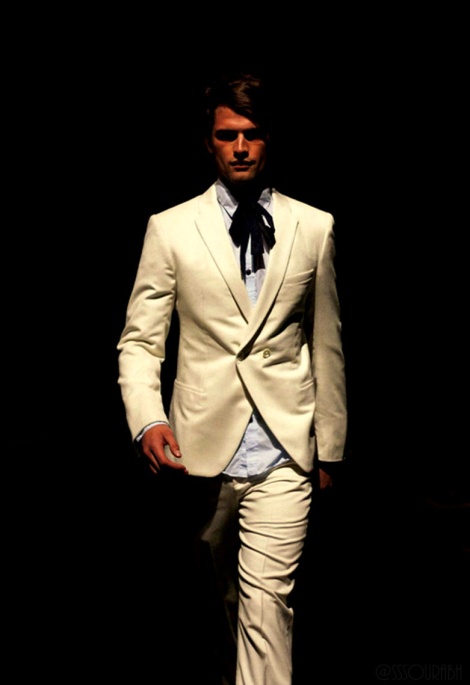 Funny how brawn and brain have only one comparative letter out of place.

Intolerant or Impeccable? Weaker or Wonderful?

Which one is misspelled (or misplaced) is the question. Akin to the chicken and egg question.

What came first? Brawn or Brain?

Try not to pass judgments via the crux of this article. It’s idea was born about after a flick through a rather interesting article that stated that when applying for jobs, men needed to perk up their look, while women had to de-pretty themselves quite a bit. So, brawn and beauty mean different things for a brain oriented task.

Penalized for the sake of looking good? And rewarded for it too, simply depending on gender?

Truly a controversy ridden message which will expectedly send tremors in more than just the world of executive fashion.

I have often found the deep neck shirt wearing, hoity heel clicking, perfect hair swaying, petite blazer hugging corporate chick quite attractive. By contrast, seeing the variety of guys ranging from a few sharply dressed skinny suited gentlemen to mostly pot bellied penguin panted businessfolk, I am rather turned off by the majority. I would never think that in fact the opposite boosts prospects for newness and development in the corporate millennium. 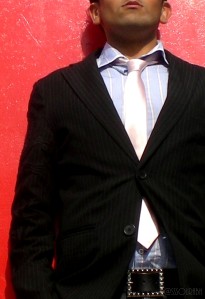 And then, I glance around again. Perhaps this is true, despite designers emphasizing that women’s executive fashion is a haute trend. The hot lady has in fact chosen to hide her luscious hair into a bun. Those ears that begged for flashy jewelry to wriggle in them instead sport heirloom studs more fit for an aunt. The petite blazered derrier defining suit is still prevalent amidst younger (read as fresh grad) corporate women, but several wear loser pants that do not define those legs at all, or longer blazers that seem like they are borrowed them from their respective men instead. It is a very dignified look, lacking the suggestiveness that the corporate bimbo effect so often exudes.

And I look at the men, and indeed, the paunch seemed to be disappearing, the air sucked out of abominable pants, all flyaways around ears neatly gelled into place with a style that demands a second look, and a clean shaven double chin replaced with a haute shaped cheekbone bearing a fashionable stubble. Not bad, I feel, as I browse the competition. 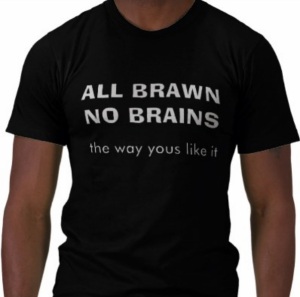 And now, extrapolating the trend into mainstream, away from suburbs and into the cosmopolitans, particularly of Western Europe, I’m seeing much too much of the same going on. Impressive females with duller, almost ill-fitting clothing, that once spoke volumes of their ability to intertwine style, soul and grey cells. And guys donning impeccable suits that are tailored to work inverted triangles on the upper body, giving the the illusion of a fit body type, with enough variety in shoes to melt any woman in envy. Who said men’s shoes was not a lucrative business?

So why is it that mens fashion and looks resonate so strongly, almost more so than womens? Classically one would anticipate the opposite.

And there is research to support it.

The notion is one based on a purely and unfortunately sexist preference. I do not fall into the majority of populations that for decades have believed that attractive women do not have time for serious work. Conversely, I admire sheen and glossy woman who can teach me about the excel tricks to fix a balance sheet, or articulate the names of multiple poly-diamines to explain a complex concoction. From corporate to professor-like, it seems that attractiveness in women downplays their credibility, which is sheerly unfortunate, but a typecast that fails to budge out of society’s norms. It’s either that pretty women are deemed to spend too much time on themselves, or are perhaps dumbed down virtue of filmdom that satirizes the 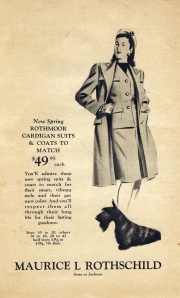 corporate situation around them, be it an adorable Reese Witherspoon of Legally Blonde or, to a lesser but obvious degree, an Anna Kendrik of Up in the Air. Why seek relatively new movies, even literature has shown gorgeous women as submissive characters. Beauty, a semi synonym for brawn, surprisingly overshadows the brain when placed in feminine context. A sad, sad truth, veiled in unshattering stereotypes, that are hopefully changing with rapidly progressing times.

As an ode to stereotyping in filmdom, recall the classic 80s comedy “Nine to Five”, which does not miss any corporate female stereotype. Have things changed?

The funny thing about these findings that takes me by surprise is the corporate change towards seeking men that actually are more attractive. Having grown up seeing men in penguin pants, consistently stuffing boxy white shirts into overly baggy pleated owl colored suits with broad, undefined ties and rings of sweat in unmentionable spots, not forgetting the balding headspots or air dried mop of hair, it surprises me that mens grooming is taking a higher pedestal. To think the industry itself is only about a decade old with respect to open acceptance and commercialization, and yet, its influence in a century-old corporate world is alarming. Yet, again the basis here may be sexist; men are classically supposed to effortlessly look the way they look – merely either smart, or not. This makes attractive men who have actually put effort into their haircuts, hair gels, concealer, lip balm, and suit cuts, appear more enviable and consequently admirable.

So, is manhood moving towards the likes of an earlier touted version of Jean Paul Gaultier’s mens line, so widely debated in 10 Habits of Stylish Guys.

Strange isn’t it, how the same effort makes one gender plummet, while the other elevates into air.

Behold a modern world, where corporate may soon fill up with ordinary (looking) women and attractive men.

Are we calling for brawn before brain? 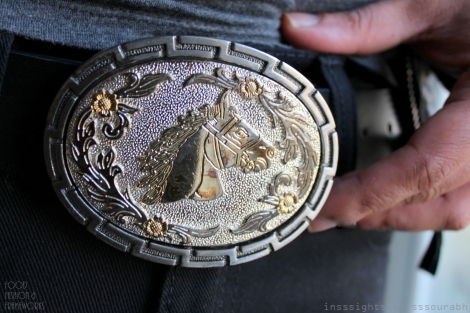 11 responses to “Ordinary Women and Attractive Men: Calling for Brawn before Brain?”