Your eyes choose what they want to see.

As I have said before, the world feeds them daily.

And yet, as we race through the mundane musings of life, we often ignore the flesh of what we see, substituting it with touch-phone apps, pixelated visuals on a plasma screen, or glossy surfaces of glamor dipped magazines.

But what about the style that is all around us? 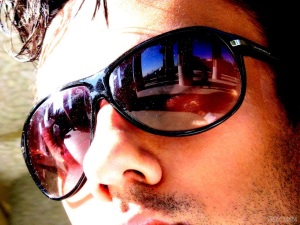 I have often found passerbys dressed more attractively than the photoshopped bodices that staple themselves onto every magazine cover, sometimes so similar that it becomes challenging to differentiate. After all, on a two dimensional surface, a hip looks like a hip, the V of cleavage looks like any other, and for guys, all biceps and backs look untarnishedly similar. Which is why its often so refreshing to see someone who whisks past you like a whiff of fragrance, or a stranger perched by you on the subway, or perhaps a nobody that becomes a somebody-to-know-more-about, strictly based on how they carry off their style. Although not a fashion gawker per say, like the exemplary Satorialist, I do find that individuals who take fashion on themselves, without a very obvious emulation from a catalog, are true trendsetters. The Satorialist inspired Lookbook gives a peak into the worlds of strangers, where social networking’s take on fashion has even inspired designers to take browse for inspiration, and where retailers choose to advertise their imitable clothing to lure loyalists.

A few friends persuaded me to finally join this addictive warp of fashion gaping, given my penchant for trying to not look like everyone else. And having made acquaintances of similar tastes and rightfully been inspired by artists, models and photographers alike, I am surprised I had not taken the plunge earlier! While the proven-to-viralize Facebook Like button prevails, Lookbook Hypes are catching up with maddening frenzy. While not even close to a substitute for our retinas, it certainly works to remind us to utilize our eyeballs for more than just rolling up into sockets when faced with nonsense.

Like a familiar Out of Hand series, here begins a Lookbook series, an attempt to scoop up my moods and attires into clusters of thoughts, colors, learnings and much more. Although a pipette-filled drop in a saturated ocean of ideas, hopefully it picks up a few trickles of luck, which can in turn lure to inspire and aspire!

The first color to explore is an eternity’s gift to all of us: blue.

So much around us is blue. The sky – be it bright light or midnight darkness. The sea – when silent or when gushing. Biologically, seeing the hues of blue evokes feelings of calmness. It is statistically proven to be a color that arouses directional thoughts, for individuals focus more when seeing blue, thus its association with dependability and wisdom. Do gym enthusiasts really lift more in blue gyms?

However, the calmness arrives with its drawbacks. For blue is sometimes a cold and indifferent color, exuding ignorance. Sadness is another emotion associated with blue, with roots in ancestral navigations and exploratory voyages. Blue flags were often hoisted when a ship lost its captain or officers, signifying its essence as melancholy. The mourning was so impactful that often the entire ship’s hull would be painted blue as it turned homewards!

Blue is perhaps the deepest color in the spectrum. Which is why everyone’s favorite and highly debated denim has become synonymous with blue. And thus, whatever the meaning, it is truly enjoyable to adorn. Behold a list of wearably favorite blues.

…when Skin turns to Stone 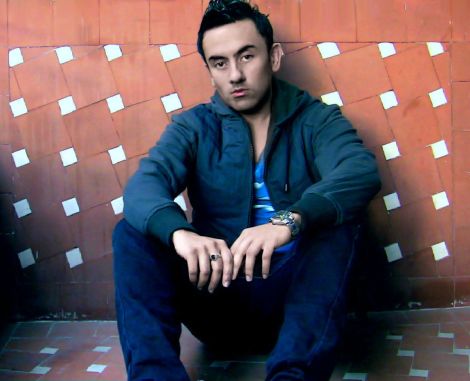 True blue indeed! On a surprisingly steamy morning in Madrid, it seemed apt to pull out all things blue and sleepily slouch against a red wall. And thus, this look was born. A stonewashed expression adds to the juxtaposition of melancholy, yet fiery ambiance. Blue is perhaps the only color, which in different hues, looks refreshing when paired together. Do you resonate?

On a sweltering summer day, the bite of a juicy fruit is like water to fish, fire to sunlight, darkness to night. And when these are addictive antioxidant-ridden blueberries, what more can one ask for? This isn’t about food, but about an association of mind with color. When pairing bold colors with dead colors, it is important to give the eyeballs enough balance, so they can focus, deliver associations to the mind, and rightfully give it time to interpret. A risqué pair of skinny tartans in black and bright blue, paired with a hoody tee and laced into an Acid Factory, are all a far cry from food. Yet, fiery enough to be on the prowl. 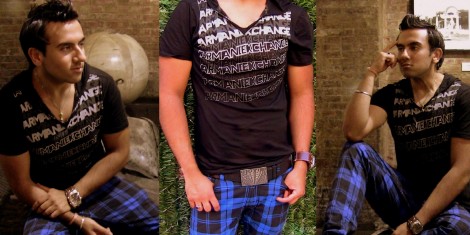 A Sailor’s Life, Going in Circles

Polka dots have always been a favorite. They zap and lure with their hypnotic recurrence, delivering a wearable optical illusion. The combination of blue and white gives a sense of exploration, reminding of maiden voyages in blue seas and sunny skies with white clouds and clean decks. And thus unfolds a calm look, of polka dots and linen scarves with cotton spheres bringing the kaleidoscope to three dimensional life. It is critical to not overpower passerbys by balancing the bouncy action with relatively more stationary accessories. Ahoy!

Where does the electric in “Electric Blue” come from?

Retro comes back with a silver metal button shirt meets mid-calf suede boots (although the photographers seemed most comfy in capturing the beginnings of a full sized afro). Bling and jazz, coupled with red wired lightning glares, seem fitting for a night in Manhattan with the electric blues. The key to balancing bling with more boldness is to have a plainer in between layer – like a pair of un-destructed plain blue jeans. So,  where’s the party?

Dip into the lagoon, under the Brooklyn Bridge

A gift from a close friend literally poured this look into a vase of imagery. The centerpiece is a detailed pendant which, at the time, would remind me of home as I set sail into a blue lagoon. Aptly matching this with an embroidered shirt (my favorite applique technique), the dip dyed look makes it all the more symbolic and nostalgic. Dip dyed techniques with blue always work, such is the power of the color. Ever been homesick?

Does anyone else miss winter?

What happens when blue meets black? Heres a clue: its misty. Going traditional with what the weather calls for, it was a time for missing the wintry fall of Oslo, where a favorite bomber jacket and sweater akin to a sheep saved lives. A classic catalog look never fails; its the aforementioned others that one has to tread carefully with. Chilly, indeed. 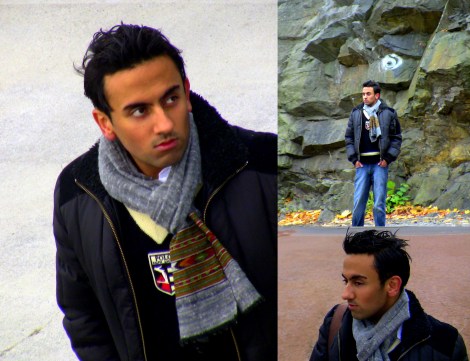 The obsession for blue does not end, and will never end. But here is a deep dive into a closet brimming like an ocean, where a quick peer will make one want to take off the blue glares, only to realize they don’t exist.

14 responses to “Lookbook Legacy 1: Diving into the Deepest Blue”