In the darkness that ensued Sandy, I enveloped myself in the inky black air, with a plethora of whispy candles casting shadows to create an eerie, romantic, nonchalant atmosphere, disturbed by nothing… except the sharp blue light of an iPhone. It was the chosen device that I charged using my car’s languishing gas stock. And only because I wanted to tweet, instagram, facebook and thus project my poetic prose and report my hashtagged symphony to the world.

In the wake of Sandy, many divergent hypotheses have emerged about the position of social media as a viable news source. Many of these have alarmed me, and on weighing both social media channeled news and traditional sources, I have reached an unsurprising deduction that I sway towards the former. Get this:

The advertising industry lost up to $500 million in revenue from previously scheduled inventory on TV/radio.
Sandy’s online discussion is worth over $80 million (Twitter makes $60 million, news sites make $12 million, and other social networks make $9.2 million)

Not that the twist of fate in revenue is what drives my decision. I choose to side with social media news primarily because of its speed, it’s outrageous volume and consequential variety, not to mention the embracement by the likes of the NY mayor and other viable sources. Accuracy however remains the ugliest pitfall of social media, evident from the fake photographs of hurricane effects on New York that were rehashed and made viral, inspired by yesteryear Hollywood promos and frozen screenshots from construction flood videos.

Despite these blemishes, there were several success stories of trapped individuals tweeting for help given that traditional 911 lines were dramatically backed up, or optimistic tales of influencers hashtagging and reaching out for help to save power-deprived patients that needed tremendous, instant aid. Twitter indeed became a real-time hotline and worked for many. News reporters continue to observantly scrolling through tweets or at the very least acknowledge their presence, making social a means to influence, not ignore. Even after the event, aid efforts pour in, and debates continue to evoke thoughts through on a dynamically alive twitter fed for #Sandy. 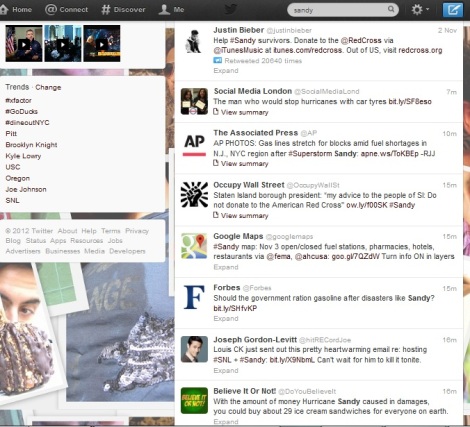 A pictorial of the accuracy of news versus its speed shows that social sways more on the speed side, while traditional more on the accuracy. Naturally social can be split into twitter handles and tweets of corporates and emergency hotlines that are more real-time, reachable, and thus accurate. And traditional media encompasses news channels, who also have their own social feeds, making the lines blurry. But what is most evident is that the volume of the former overrides the latter (volume being the size of the bubble in the following figure). Is this a threat or a forecast of our impatient digestive tracts?

As a two-by-two framework addict, the news accuracy vs. speed dimensions evoke four pools of thought. 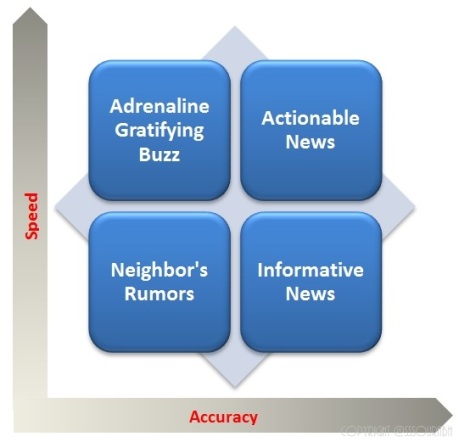 Naturally, news that is speedy and accurate is immediately actionable, and unarguably, both weather channels and related advice leading to Sandy, alongside the tweets for help that was instantaneously answered, fall into this segment. However if news is speedy but lacking accuracy, like the fictive photos of the hurricane effects that evoke anxiety, it simply gratifies adrenaline and add to the voluminous, magnifying buzz. Conversely when news is accurate but does not reach us in time, it may be laced with details, but simply becomes informative, almost supplementing the adrenaline packed news. And news that is neither speedy nor accurate simply trickles down to a neighbor’s rumor.

Now rumors are one thing, but abominable PR acts by retailers trying to practice solid social media marketing by using Sandy as a means to sell oddball goodies simply fall off the grid. Most notably American Apparel, seconded by the likes of Gap.com’s indirect and misinterpreted urge to stay indoors, alongside UrbanOutfitter’s free shipping offer, ignoring the point that USPS may not be operable in this time frame. Talk about companies that will soon be hiring social media experts!

And of course, it’s all in the numbers, previously evident by the virality after Hurricane Irene. And shockingly most of the statistics you find online are scarcely about weather related records but rather social media monitors.

What’s next? Gas lines in growing numbers that threaten the aforementioned statistics? Or the bizarre fact that iPad mini lines also grew despite New York being greatly powerless, quote on quote making the iPad mini an expensive paperweight! Nothing shows that life moves on more than Apple’s launch of the iPad mini. Whether we view this with progressive optimism or discouraging disbelief depends on one’s point of view. 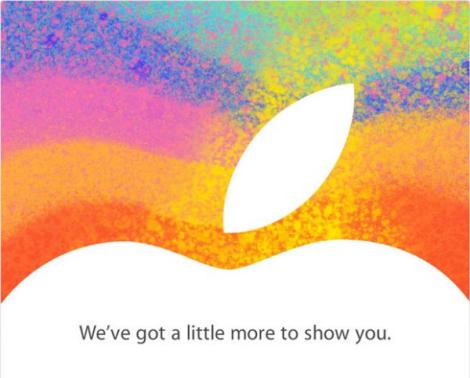 All in all, while social media may augment traditional media, the fact of the matter is that when one is surrounded in the darkness and rekindles a candlelit movie scene memory, and when all else is cold, silent and voided, the one thing that does work is a smartphone on a 3G network. It may depend on its own battery life, but in that time period, it relays news most quickly through social networks. 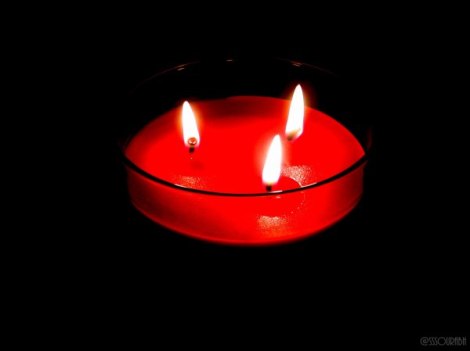 And for those who don’t use their phones for light, there’s the ever-dependable candlelight.
Which emits more warmth than an overworked iPhone. 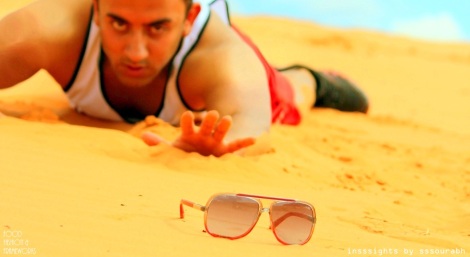 13 responses to “I chose social media as my Sandy news feed. Did you?”