You know that something is sinking into your subconscious when you even dream of it.

I think I dreamed of swimming with my select possessions deteriorating in dampness, sometimes perched on my front door as a yacht, thinking in the momentary spurts of wakefulness, that I would have to do it again if Irene’s fortune unfolded as predicted.

I ignored my rebellious, nonchalant streak and paid attention to my eyes and brain, which absorbed the constant overfeed of calamity struck news that was being fed to every living sense in the body. Hence the dream.  A state of emergency was declared as the overly personified Irene viewed the busiest East Coast as its target. While New York languished into an eerie silence, I was readily packed up. Flashlights (with batteries), bottled water, canned food and granola bars, candles, and some necessities from a bakery and a liquor store alike. I was part of the entire targeted region swept in turmoil, nobody wanting to relive a Katrina, since many backpacked evacuations sent subtle reminders of a benchmarked legacy.

But, as Irene plummeted weakly and did not live up to doomsday foreshadowings, I wondered how people would respond to the inconvenience caused by an overblown message? I feel like I was part of a real life drill of what would happen if a catastrophe hit (is it practice for 2012?). With minimal damage, so to say, and a brightly peaking sun on the following Sunday, despite New York’s continued shutdown, I only wonder what other lessons people may have learned from Mother Nature’s latest chapter.

Here are some of mine, in a classical list-like framework fashion. What are yours?

If you don’t evacuate, you will die. The floods will be a mile high. The winds will blow your head off.

To think I was watching a news channel and not a sitcom. It is great that the news definitely understood their average, target listeners, who, so addicted to reading about stock losses, a turbulent economy, or the spice of life in their soap stars, chose to embrace a very news-y piece of information with similar dramatic hugs. OMG was perhaps the word of the weekend.

The media here acted as the catalyst, making a roaring fire out of a flame, by tossing bundles of recurrent paraffin on it in the name of video clippings, disastrously phrased titles, and an overall personified fiery lady let loose. Who else defines Irene as having unleashed a terror onto the Carolinas, or lashed the East Coast?

We could have learned this from the financial meltdown. But here goes:

This is not all, but you get the point of what fuels mass hysteria. Numbers always work. Tremendously hyped or simply truthful, who knows? While these definitely depicted facts, the streak of positivity and tales of survival that usually keep nerves calm, were conspicuously missing.

It all comes down to business

The television business is all about ratings. Which is why every channel depicted the view of trees being lashed in the wind in the backdrop of so many impeccably clad reporters bearing bad news. Combining the numbers and the drama, ratings obviously hit a high. Cafes and stores shut down despite major lines and owing to rapidly emptying shelves. Even if I didn’t want to buy a last barrel of water, I would think, well if there’s only one left, I have to have it! And, I was sucked into the river of preparation and caution. So, home goods retailers were profiting, boasting of hefty sales generators and flashlights garnering profits ahead of Irene.

To add to money spinners were the weather channel’s live updates (very good ones at that, to their credit!), the Ipad apps for hurricane trackers and the digits to text for power outages, all available at our fingertips without moving a muscle. All spelling out a slick and super convenient world, albeit falling flat in the case of a power outage. My phone can only survive so long (as a replacement to a flashlight, for I know I am not the only one who  uses it to walk around in the dark).

Weather is a natural phenomenon, but is consequences all boil down to business.

Social media spreads the message, and creates it too

A live blog fluctuated from providing breaking news to comic relief to multi-minute updates by real people on what they experienced. A similar vibe was felt through Facebook feeds and twitter searches. The entire pulse was fascinatingly fast, and swayed from hyper, scared and anxiously waiting folks, to those who dubiously looked for signs of despair in the sky. There were those that complained of noisy activity and lack of sleep, while others who described second-by-second details of their household endeavors, as if exploring their house for the first time. Really people, have you never spent a Saturday night at home? And amidst the distress of slowly flooding basements and branches being torn were the humorous folks who found peace in cuddling into their couches updating their statuses as You, Me and Irene.

The lesson learned is that while social media can spread the message effectively, it can also twist, distort, and virtually create it.

After all, who in their minds comes up with a twitter trending topic of #HurricaneIreneshouldhavetaken? The results startle too.

Nobody wants to play the blame game

Notice how the East Coast’s primary stakeholders, Bloomberg and Christie, were on top of their commandment-like warnings bellowing warnings and prophecis. Recall that in the Christmas 2010 snowstorm of New York, Bloomberg was criticized for a lack of responsive cleanup – and indeed, I waded through knee of pollution-tarnished snow and slush, with streets gleaming more from wetness and prickly snow than lights. And recall Christie’s absence from a blizzard in New Jersey owing to his Florida vacation, and even then, I recall deathly skies and skidding cars as news breakers. So now, before Irene hit, they both depicted concern for their states, and did so rightfully – from being out there in the rainfall to visiting evacuee shelters. But is anyone else noticing a lack of déjà vu, or perhaps a conscience driven effort to do things right? After all, nobody wants to play the blame game, twice. Which is why it was very interesting to see how each state leader created and acted on a response plan.

But with Irene’s damages being softer than expected, I wonder if political leaders are willing to accept another type of blame – that of over assessing the situation! The public is never happy, is it? I foresee hearing many “told you so’s” coming up.

Seriously, why do hurricanes have names? Apparently to identify them better and to warn of their effects more convincingly. Because it sounds much more succinct, as well as thrilling, and sexy, to say that Irene will unleash its terror on you, than saying that a Level-3-to-Level-2-to-maybe-tropical-storm-with-varying-wind-speeds-is-coming-your-way, right? As activists said, women are not disasters, and do not leave a lasting and devastating effect. Though comic male enthusiasts may debate, the policy is to now alternate between genders.

I do pity ladies named Irene, and comical timing aside, feel sorry for those named Katrina. Lesson learned: its NOT just in the name.

Waiting is better with chocolate and candlelight 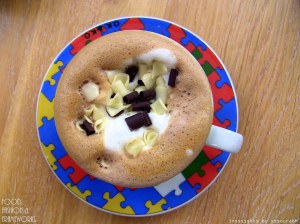 When the power is out, there is little one can do. But a cup of hot chocolate (how you heat up the milk depends on your availability of gas stoves and matches) and anything with the comforting sensation of sugar, is bliss. Note that while we crave alcohol, the heat from the dark could dehydrate, and Gatorade or simply water, is a better option. Some may argue, but health is health.

Ambiance wise, the flicker of candlelight is so much more calming than the emergency-like stinging of a flashlight. Naturally, when a calamity hits, the flashlight is more functional. But, if like many on the East Coast, you were caught in a slow-motion period of eternal waiting in the powerless dark, candles and chocolate are your best buddies. 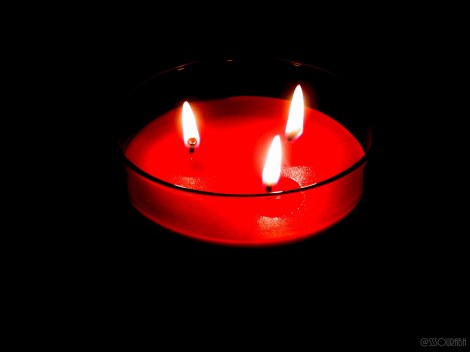 Now for phase 2, given the continuous raging news of a less-than-expected impact, yet with consequential flood warnings and power outages. Now it is all about reorganization, cleanup, foreshadowing more events (read as rising rivers), hearing more weather concerns and political successes, alongside real life survival stories, and ways that states will cope with expenses…. all in all, coming back to a routine life with stories to tell.

Nice to know that mother nature has a way of binding us all. Thanks mom!