This mind of mine is deeper than you would care to swim.

With previous seasons on Mars, Cuba and the mountains, Nick Graham took his new collection underground, or rather, underwater, to the Atlantis, for New York Fashion Week Mens (NYFWM). I truly do believe that the underwater is a magical place, aptly sung by Sebastian saying “Darling its better down where its wetter, under the sea.”  Inspired by both mythical and real creatures, Nick Graham also used Donovan’s 1968 record “Atlantis” as background music to the rather 60s inspired collection. It started with a short video directed by Graham, and a model waltzing in only oceanic neon debris, sending a message for the safety of underwater creatures, and their inherent beauty. 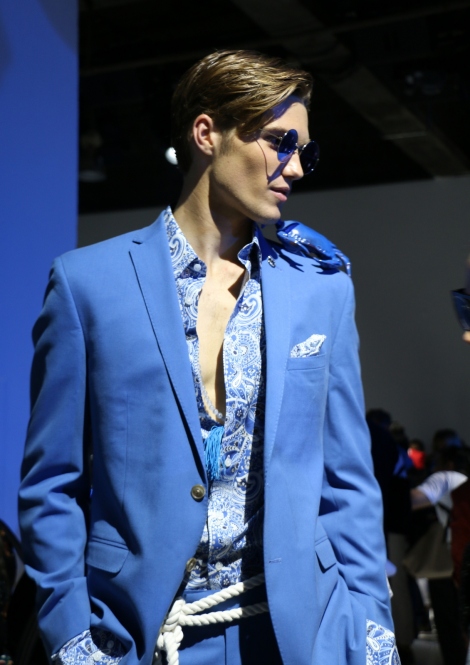 The collection had a plethora of inevitable blues made their debut on the runway, which later exploded into the signature colorful style. The blues were eye pleasing as adorned with matching or contrasting shirts. Printed motif trousers with electric blue shirts, or vice versa, alongside plain suits with polka dotted shirts or pirate patches were well tailored and crafted. Pinstripes and plaid suits made a respectable cameo each, the former tuned into a dapper Popeye outfit, while the latter given a bad-boy treatment sans shirt. The matching eyewear on each was also a graceful and fun touch. 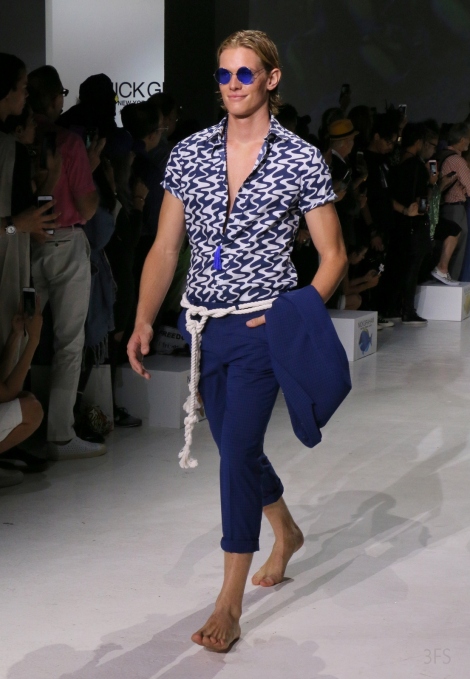 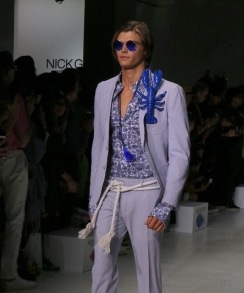 The suits were slim, unlike the oversized boxy style that many other designers had been going for, keeping it accessible to the slim sporting fit markets. Fitness being evident, courtesy of the excessively unbuttoned shirts that let out many closeted abdominal muscles and the likes. The oceanic look was complete with the models walking barefoot, often with their trousers rolled up, akin to walking on a shorefront or in the waves that inspired their outfits. 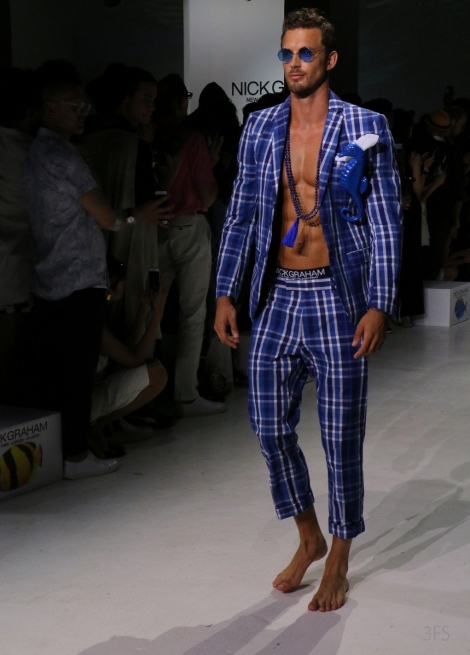 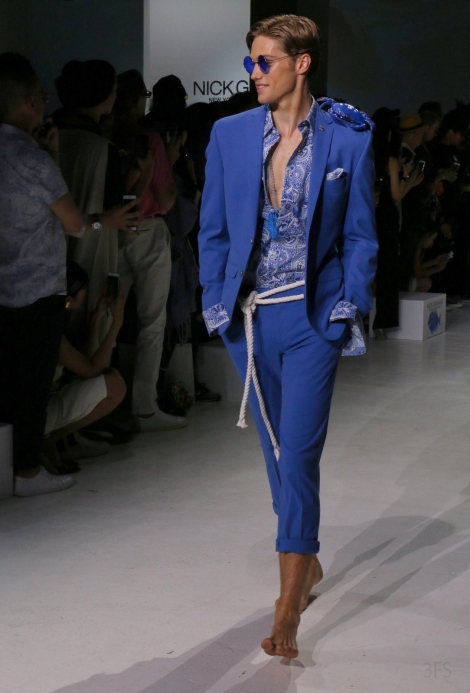 Which gave way to the launch of Nick Graham’s bright colorful underwear line, with floral and punchy motifs. The models emerged sweeping the floors and in Cinder-fella style cleaning gear, a comic outlook that gave fantasies to many onlookers. 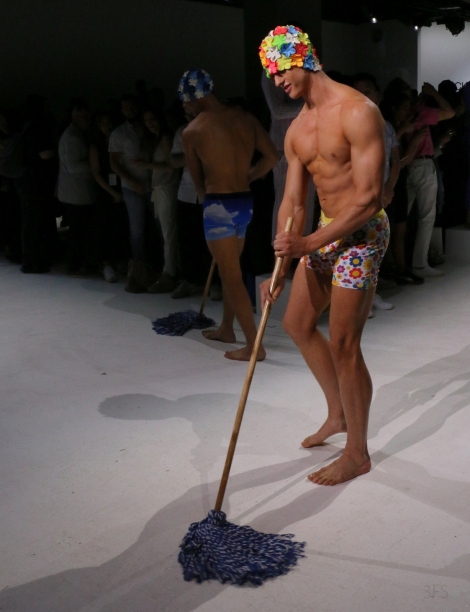 Just don't forget to clean up when you're done! @itsnickgraham #NYFWM

This was followed by an array of coral reef colors, with a sunny yellow suit with a paisley shirt, an indigo and pale yellow wide pinstripe with seawater debris as accessories, an orange suit with a polka dotted shirt, a white sailor style pinstripe reminding me of a certain Mr Smee from a childhood favorite Peter Pan, and an array of my favorite color red as blazers paired with sailor style white skinny jeans, and a red suit. The marine detailing on accessories, like a pirate’s eye patch, sailing rope for belts, and sea critters for brooches, like seahorse or fish lapel pins or parrots on the shoulders, all of which was impeccable and excessively stylish. Some hues edged into the purple or green zone, with the latter being a rather jarring color for a suit, but fitting playfully into the theme with seaweed as accessories. 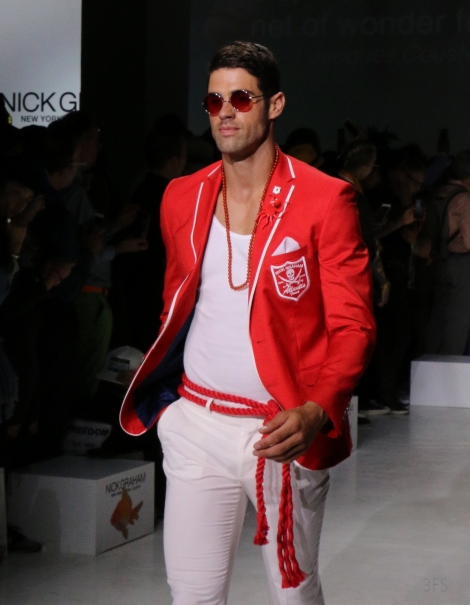 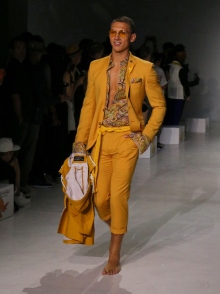 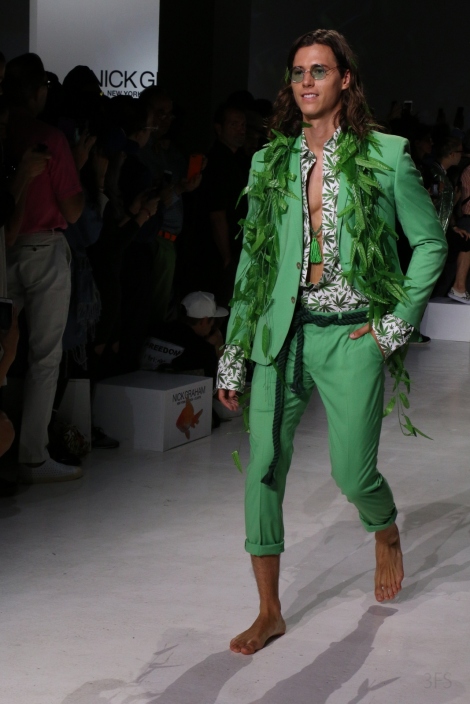 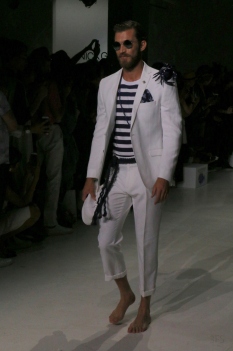 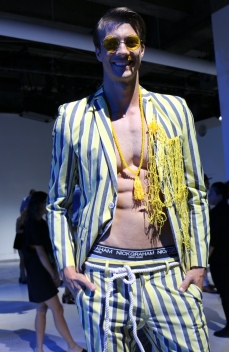 There was a touch of womenswear in between the men, with girls clad in summery spring dresses that echoed the shirt styles of the guys – magnified polka dots and pink pinstripe, also drawn together with sailor style rope in coordinating colors, and also barefoot! 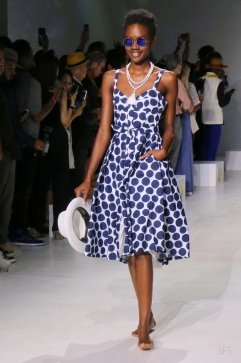 The interiors continued to showcase swimming fish, making it seem that onlookers were indeed in underwater depths, much to the clash of my signature Balmain tank and Dolce & Gabanna leopard print blazer. 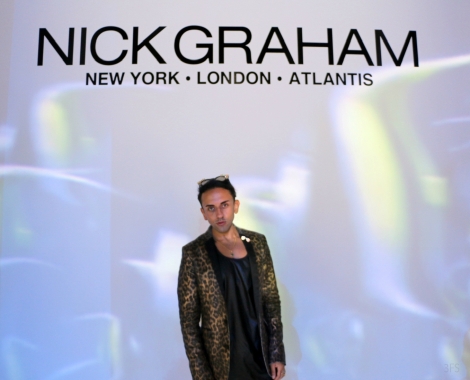 This mind of mine is deeper than you would care to swim. #NYFWM and I can only be found in #Atlantis by @itsnickgraham. #OOTD by @dolcegabbana @balmain @aliceandolivia @fashionbysssourabh

With a poignant theme that lent itself to a serious message and a seriously whimsical fashion lineup, the playfulness of colors and exaggerated patterns, and particularly the detail, made me want to dive straight into the ocean (with clothes on)!

11 responses to “Darling it’s Better, Under the Sea! The Atlantis by Nick Graham at NYFWM”