As Thomas Jefferson stated, whatever you do, act as if the whole world is watching. And Milan was a city of the watchers and the watched.

They say that when in Rome, act like Romans.
So when in Milan, dress Milanese?

The problem with this is that Milan is deliciously out of synchronized style. In that, there is no one identifiable style, but rather a ferocious individualistic style that jumps out and boxes the eyeballs. While having ogled at the women at Milan Fashion Week, a peek at the accessorizing culture reveals quite a few nuances that are distinct to the fashion capital of the world.

For after all, it is a lifestyle of accessories.

Shoes probably make up 50% of all conversations related to fashion accessories, especially around fashion week. Why else do the glitterati yearn for front row seats at runway shows? Its not (only) to peek at sassy model legs but to ogle their foundation too. While men sported studs or classic leather or, as yours truly puts it, fun-and-fuzzy leopard print, the ladies were all clad in a rather de-glam collection of heels. While poised to be retail sellouts, they left fashionistas craving for more. And no, the doughnut shaped shoe in pure black leather did not evoke as much glee as it did confusion.

Milan’s bag culture however swept the succulent icing off the cake. Being in bag nation with Italian leather and stud work, the designs were flawless. From cobalt document clutches to clean cut leather to a stud revolution (even for a men’s backpack!), there was enough eye candy for hungry trendwatching eagle eyes. And the lack of distinction between gender bags made the nation innately more progressive and broad minded in the accessory arena.

What’s hotter than a machismo motorbike? An attractively clad woman. What’s hotter than this woman riding this motorbike? The fact that she does so in heels. I probably salivated a new river into the Mediterranean at the pure guts of stiletto silhouettes boarding bikes in glamorous finery and confident poise, roaring away leaving the men in a cloudy fantasy. Talk about gender reversal. 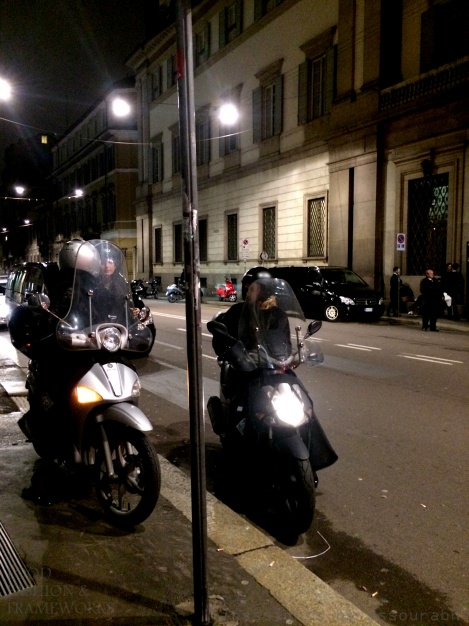 Its no surprise that everyone, including yours truly, sported either a swanky smartphone that played mirror mirror and distracted accomplice time and time again, or a nosy SLR tucked away behind a shoulder. Not necessarily a fashion accessory, but it was interesting to see the technology artifacts as fashion week staples, a clear juxtaposition to timeless, radiant style. 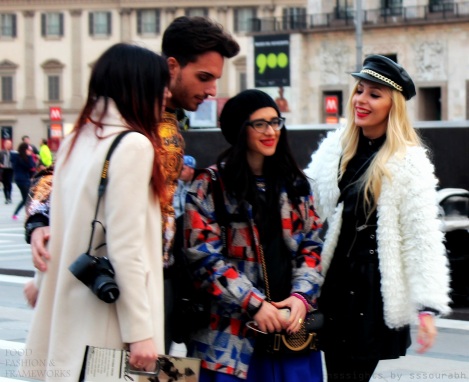 As I’ve mentioned before, I am addicted to eyewear; I always sport sunglasses regardless of the weather. But clearly the Italians found this improper, for yours truly was the only one in sunglasses, or any detachable face accessory, for the entire week! And while the rain and Eeyore inspired clouds were prevalent throughout, I wondered: had nobody discovered that eying people from behind sunglasses was a more refined way of people watching? 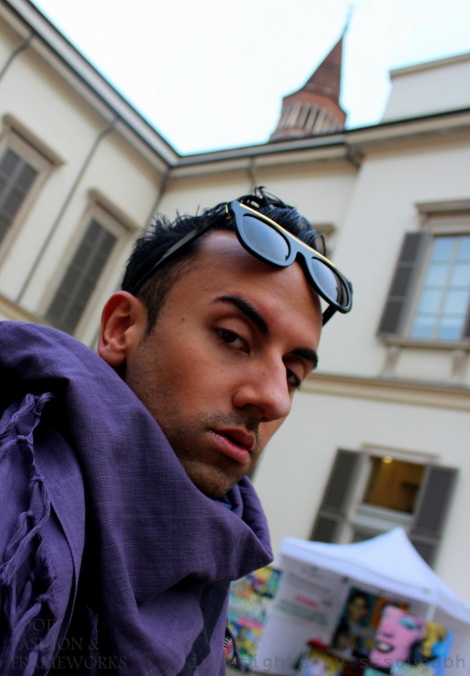 Well instead of sunglasses, the plethora of umbrellas at every corner was probably the most disruptive of all. Camouflaging styles, literally blocking people watching abilities and abundant in ghoulish hues… these seriously made for my least favorite of staples. Having been brought up on a raincoat culture, I simply shrugged the excess water off my hair and shoulders and kept going, in and out of shows. 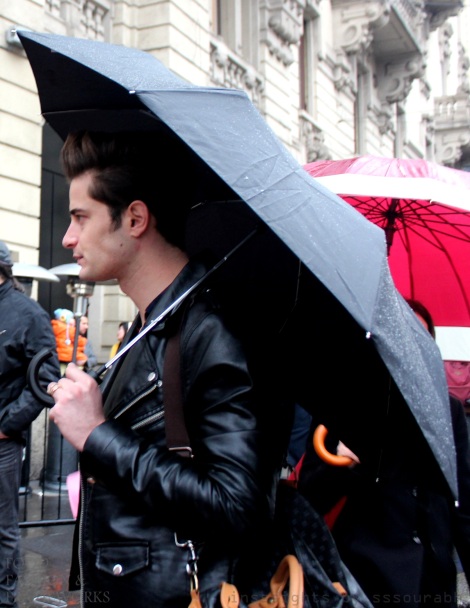 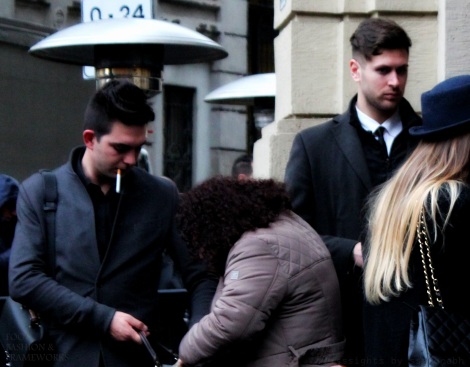 I realize that life in Milan is lived through eyeballs. A way in which I too, live my life. Albeit behind sunglasses. The city grows on you, and has definitely enveloped me in its seductive wrap. 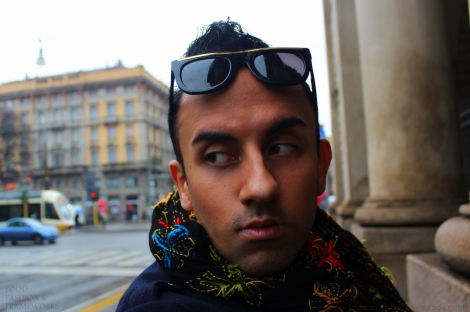 13 responses to “To Watch and Be Watched: Accessory Spotting at Milan Fashion Week (MFW)”

“don’t worry alice, we‘re all mad in here” ~ #CheshireCat (or maybe a cow 🐮😻) @aliceandolivia #NYFW
brb, gone hunting 🐆🐆🐆 @theblondsny #NYFW #felines #ontheprowl
dreams come true: yesterday i was dreaming of #greekfood and today i am eating it 🇬🇷 @nerainyc #newyork where felines feast on pistachio #baklava 😋
in every library is a single book that can answer the question that burns like fire in the mind 🔥📚👠 @priscavera #runway at the #LIBRARY for #NYFW 🤩🤪
#aries: sweet as sugar, hard as ice 🧊🧊 #SwipeLeft for getting caught #BTS in #SelfieGames 🤳
wild mewwwd @christiancowan 🐆🦒🐅 #NYFW
we are each our own devil, and we make this world hell 🐍 @jonathansimkhai #afterparty #NYFW
live life colorfully 💜 the @empress1908gin cocktail at @havenrooftop brings back memoirs of when i launched the brand with hair to match 😉 #SwipeLeft #BTS #Mixology @sanctuaryhotel #NewYork
happiness is a thing to be practiced, like the violin 🎻 lingering with the live #violinmusic at @romeohunte X @tommyhilfiger #NYFW 🎼 #SwipeLeft and #SoundOn for the musical genius 🎶
new york is not a concrete jungle, it’s a human zoo 🐆🐺👀 @tresemme #TRESnyfw #NYFW #Winter2020
... somewhere down the line i will see you again ⚡️❤️🔨 #NYFW
... when my head hurts i call my pretty therapist, get a braided hairdo, have two aspirins and keep away from children, just like the bottle says 💊 @tresemme @nyfw #NYFW #RenaissanceMan #BeYourself