“Well begun is half done.”
Aristotle’s prophecy of sorts rang true to any lengthy tasting menu, where a preparatory, palette seducing beginning was the best pedestal to a fascinating finish.

And so continued a sumptuous, artful 10 course meal in the glittering city of Chicago, proceeding from where it left off: with a sour cocktail that marked a second inning. 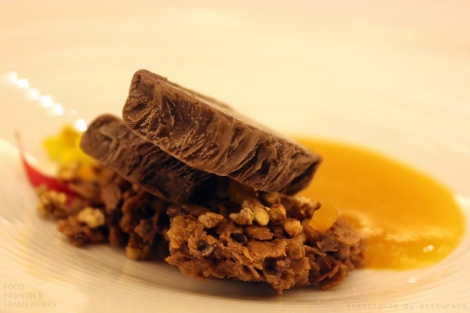 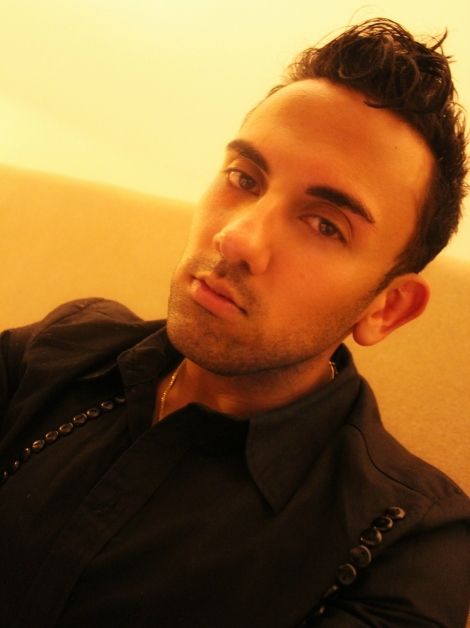 Similar to a constructional hue of the previous course, and earthy brown and green dish came to the forefront. Fermented black bean cappelletti was topped with two spherical greens: spring peas and wasabi peas. The adventure of not knowing what I was eating was ethereal; especially when the entire Italian-rooted but modernly spiced plate was glazed with sherry butter and topped with even more wasabi root. It was tender Italian food sans the blandness, making for a quickly empty plate. 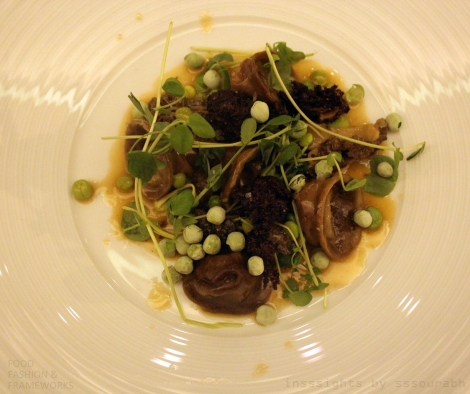 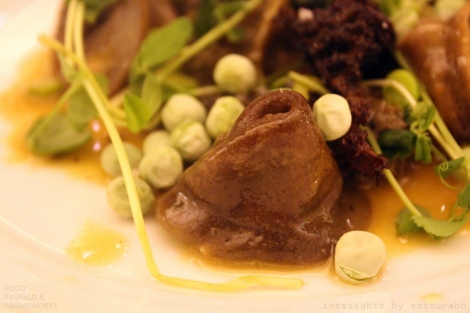 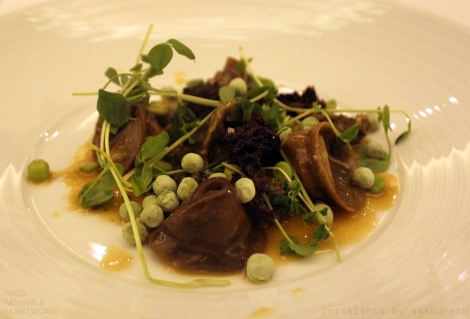 The seventh course was my favorite, at first visually, but also in its textural and taste contrast. Roasted chanterelles were a bitter, almost rubbery texture, placed alongside butter glazed pocha beans, which in turn were hearty and glistening. As a pop of color, freshly chopped apricots, with their skin, added a tart and whimsical component, finished off with blue-cheese looking seaweed pesto, a sour component. Never had I seen four tastes mingle with such effortless ease, like the perfect foursome online date. An unlikely taste, textural and bite worthy unison at that. 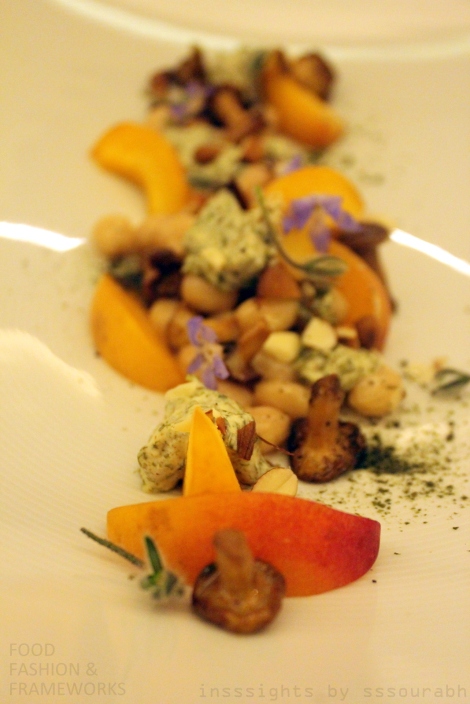 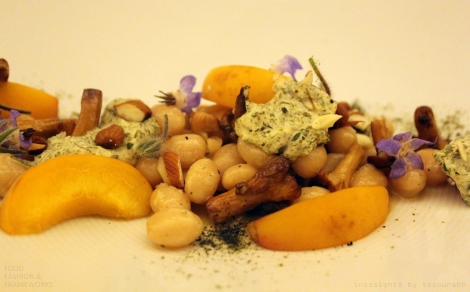 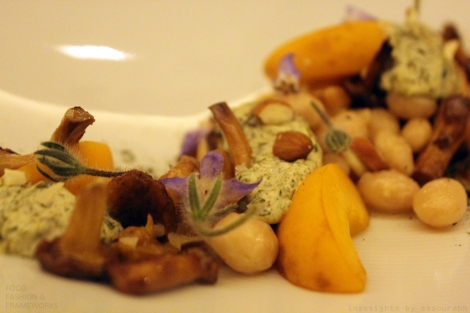 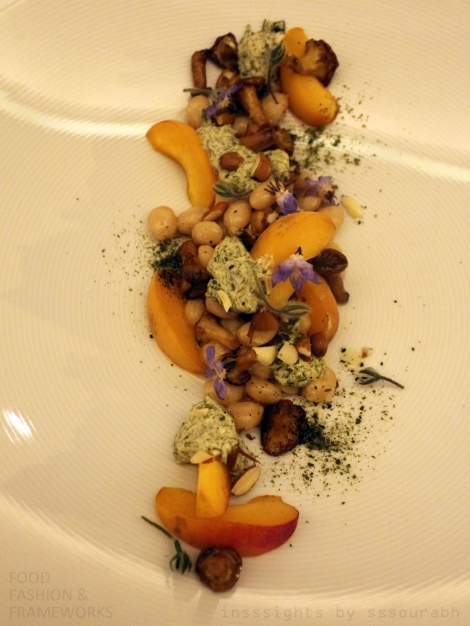 Dessert started on the eighth course, allowing me to do a mental salsa knowing that I would have three desserts, again. The first was an unlikely hue of beiges and browns like a fashion forecast, layered like a snakeskin or fish scales. What it in fact was concealing was sartori raspberry bellavitano cow’s milk custard, topped with with pretzel crisps in flat, crispy chunks, alongside milk chocolate slabs, similar in construction to their marbled pretzel counterparts. Collectively, the creaminess would have been enough for my tongue to swoon over, but I intermediately tasted chocolate stout crumbs with their oaty tang, and raspberry for freshness. A perfectly deconstructed chocolate dessert didn’t last too long on my plate, or palette. 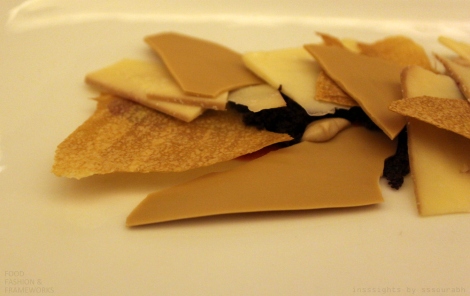 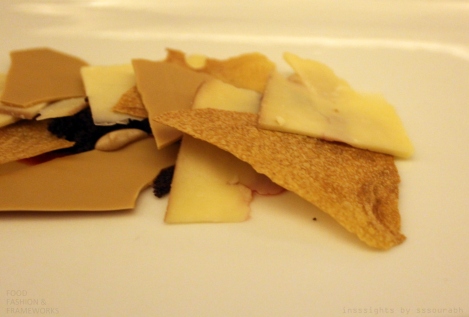 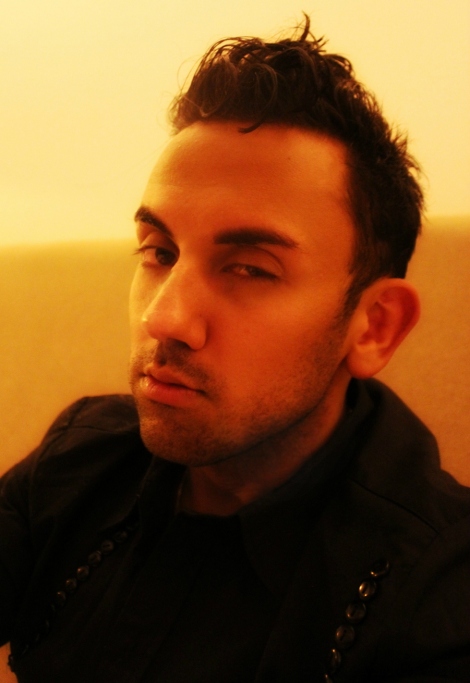 After a dip in indulgence, the freshness of the next cleansing dessert was much needed. And in line with my trend of vegetable desserts creating a culinary dessert storm, a cucumber sorbet, in all greenness, arrived with Tahitian vanilla, which while not the star, was an apt pedestal for a refreshing flavor dance. For with the suppleness of gooseberries came none other than candied tomato, not only earning a similar respect as a former Italian adventure, but creating a sour, galactic contrast to the icy freshness of the sorbet. And when is the last time you heard cucumber and tomato in something other than a salad?! 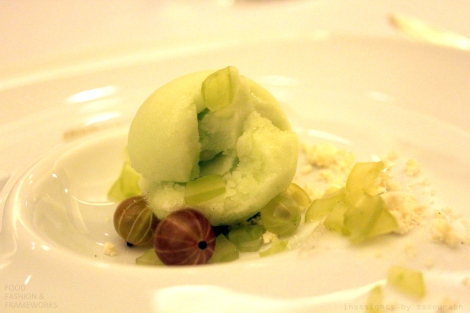 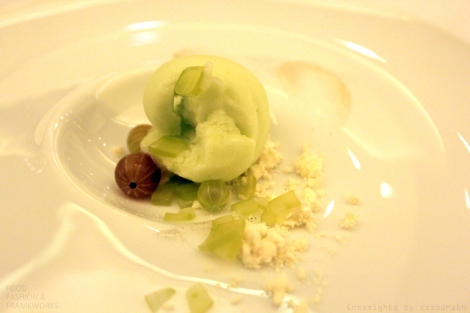 Things ended royally, both in a visually crowning affair and a treat for the buds. A milk chocolate fudgesicle – something I would never waste an eye on in retail – was a captive muscular slabs of indulgence, looking like solid chocolate and tasting like a hot day’s relief. I dipped this in the apricot soup, a thick and lickable broth, pulp included, for a sour flavor contrast. Sidekicks for added texture included a toffee crunch, rooibos and florets, alongside buckwheat, which had an alarming texture of a well-done popcorn. It was playful playtime thereafter, to roll the fudgesicle with unlikely companions before licking it clear. 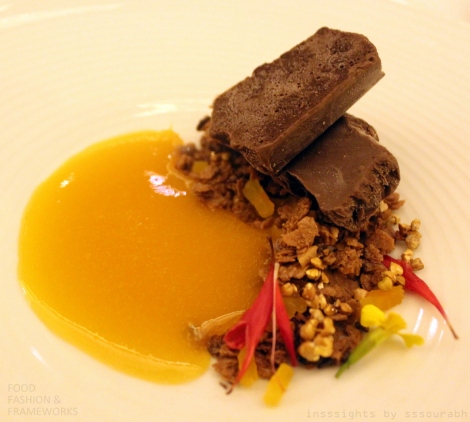 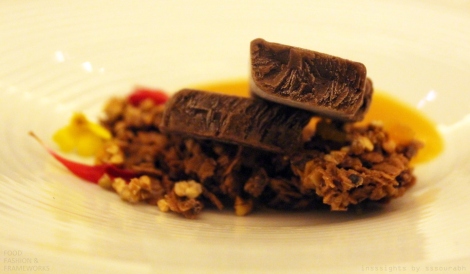 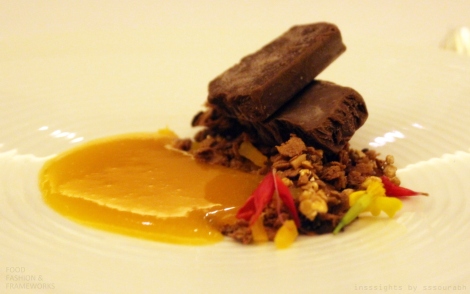 And thus ended one of many tastings in the culinary jewel of the Midwest, where merely peering through the window at the trigonometric architecture reminded me that some places can truly paint a mosaic of memories.

12 responses to “Mosaics of a 10 course Midwestern Meal: Part 2”