Trend hunting is my favorite sport.
Fortunetelling is an aspirational hobby.
Eating is a desired pastime.
So… let’s combine them.

As I’ve said before, trend-hunting is slowly but surely becoming a vivacious sport that many unrelated players play, and in which there are really no winners.

With respect to foretelling the legacy of food this year, donuts will continue their reign as a transcendent, upheld staple from 2012, as will  gourmet junk food. Artisan breads have continued to stride forward since 2011, and this trend will also influence burger buns. Salty chocolate will still entice chocoholics worldwide. And not surprisingly, the homemade trend, which has been growing exponentially over the years, will continue to do so, joined by dairy cooking like mozzarella, ricotta and yoghurt. But what else does the world wait for in a year saturated with surprises? 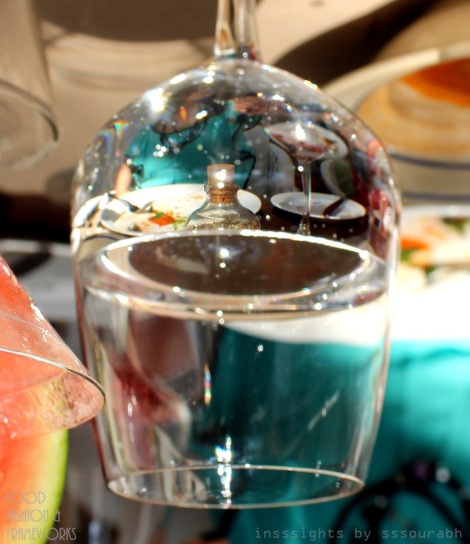 The staple of every good movie, this one is starting to make its debut in trendy arenas and acclaimed chef’s kitchens. If San Francisco’s Prospect’s black pepper and cacao nib popcorn is any indication of popcorn being used as a dessert, perhaps this more sumptuous cousin will soon replace the butter doused soggy and overly salty cinema popcorn. I have already seen it used as a crouton substitute, and healthy reformulations are already on the market.

From everything like meaty preservation, or grilled scents, to smoky flavored vegetables (on a skewer, and classically along paneer or cheese!) and even ice cream, smoke is most definitely trending. If it’s not the smoky flavor, it’s the wispy effect of having ethereal airs floating out of your meals or drinks. What’s next? Smoke flavored butters, oils, cocktails and even water – which is not a far stretch from the smokey flavored Indian yoghurt lassi in Dubai! 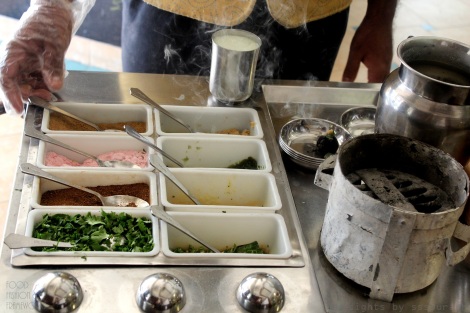 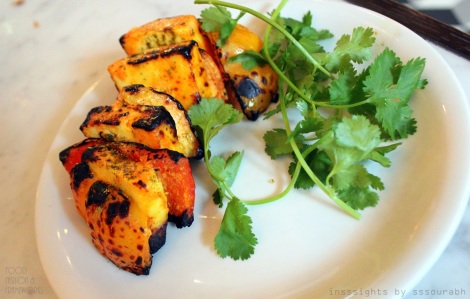 With the world moving towards a healthy diet, vegetables will substitute the chunky, carbohydrate infused, heavy sides. They have been taking more prominent roles on the plate rather than sidey elements that are often ignored. Everything from the apparent fat thinner asparagus or the varieties of squash to the bitter Brussel sprouts and potato-like cauliflower, I whole heartedly welcome more vegetables into otherwise meaty or fried dishes. Which reminds me, what can be the next kale? Some say komatsuna, also known as Asian mustard, and a marriage of spinach and chard. 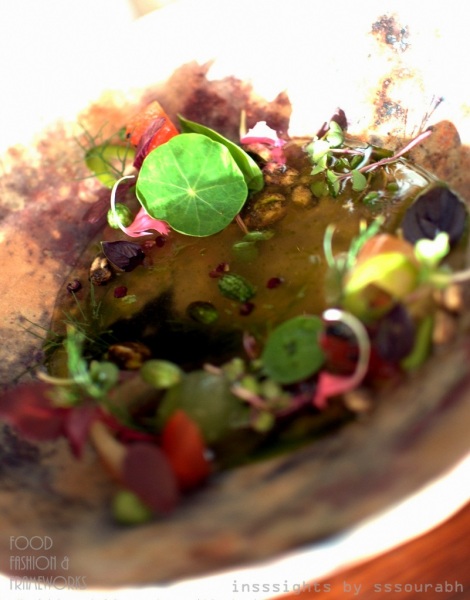 Much restricted to less than $1 per Styrofoam pack or less, Ramen bars have opened up all over metropolitans to bring back the satisfying and sumptuous taste of a student commodity. Out of vintage clutches of ads that portrayed it as a snack moms must give their kids, at least with its South Asian equivalent Maggi, we now see it fried, refried, reconstituted and even made gourmet. And why not? Packing it with more flavors and in more varieties, finally the noodles get their apt pedestal in the food chain. 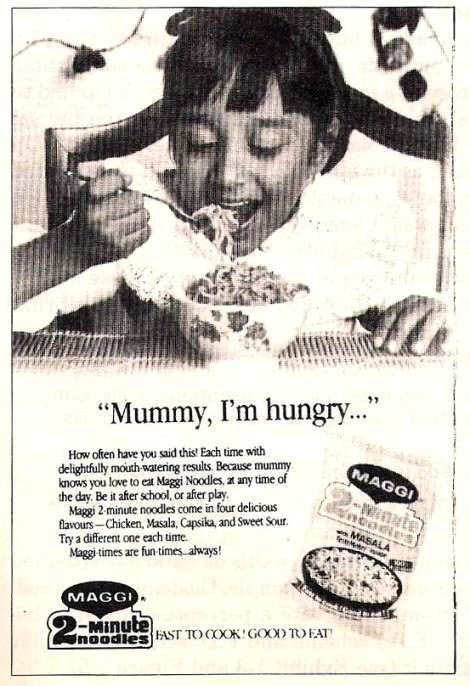 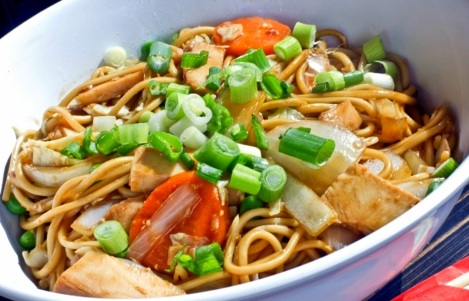 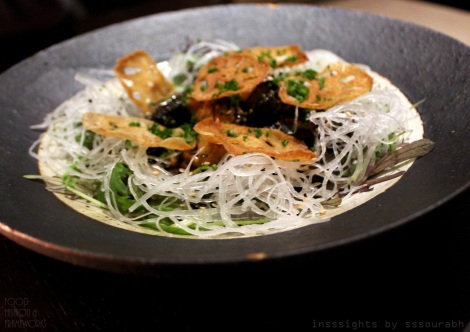 The age old favorite barn friend and equally scrumptious edible has long been entrenched with the likes of McDs or even worse, reducing it to a commodity. But in the face of rising meat prices, a variety of ways to prepare this elegant bird have risen, ranging from gourmet to luxury to earthy. Gourmet British chicken tikka anyone? 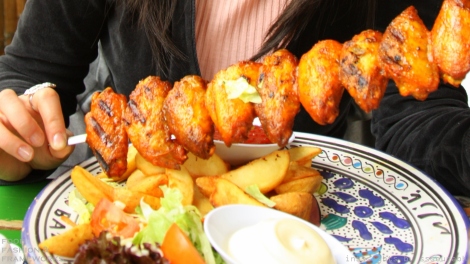 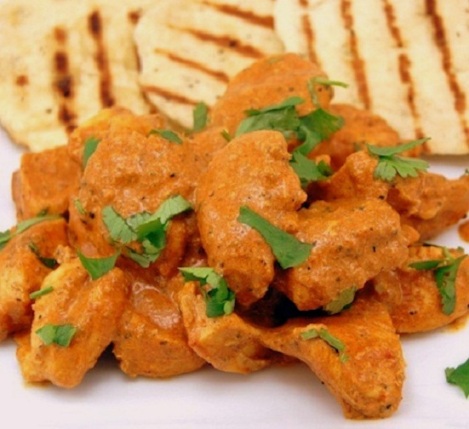 I still recall when I first tasted spicy tacos or hot sauce, and frowned at the lack thereof. So it’s great to see jalapenos and chipotles as finding their space on tabletops. And there’s barrel aged hot sauce, as The New York Times calls it. Well, if alcohol can be given unprecedented pedestals, then why not the world’s most underrated condiment? If Miami’s Delano Hotel’s aged peppers as a gin base are any indication, notwithstanding Tabasco nuts that I spotted in Christmas Markets, I’m all for lighting my taste buds on fire! 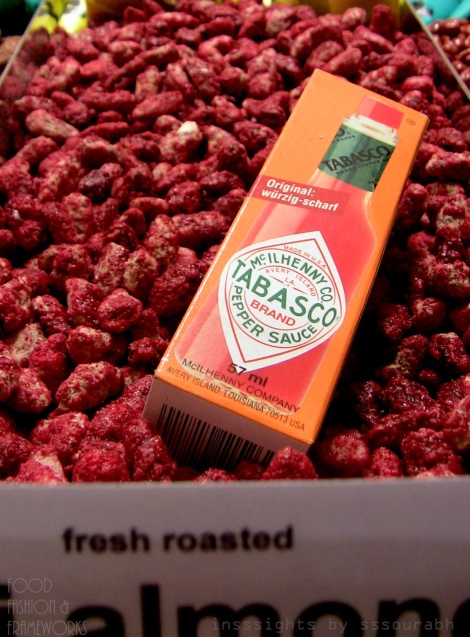 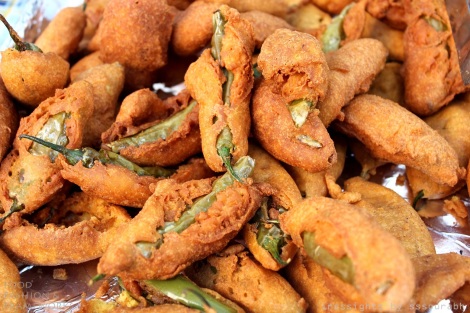 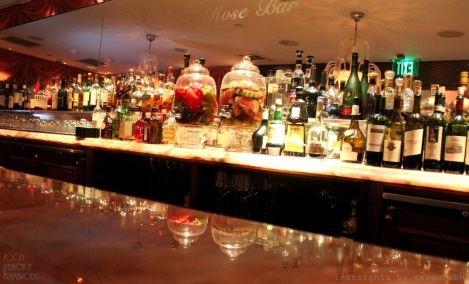 Chia and other Grains

Chia, the Mexican seed with protein, fiber and Omega 3 is the new fad for cereal, smoothies, and especially pairs well with coconut for infusions in breakfast drinks. It can also be used in powder form as a flour substitute. Combine this with the fact that the United Nations has declared 2013 the year of the Quinoa, thereby opening the floodgates for spelt, oats, hemp and ancient grains that make the lactose-free populations salivate. Is this the end of the flaxseed era? 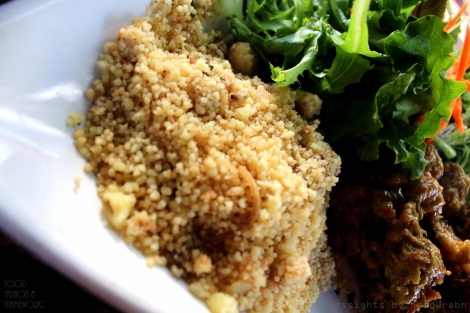 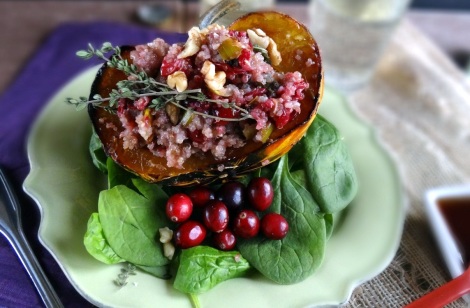 Bitter is my favorite flavor profile. And having only recently been introduced to Angostura bitters via Trinidad and Tobago, I’m so relieved that this cooking additive is becoming the center of mixology, with artisanal and natural brands popping up in flavors like citrus, chocolate, rose and many others, often served in chocolate desserts, as exemplified by the Sweet Genius on Food Network, or in cocktails, as witnessed at Opium, London. Time to get better with bitter! 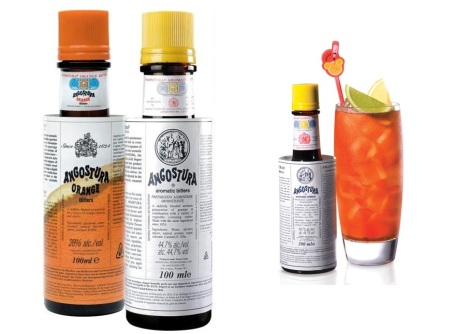 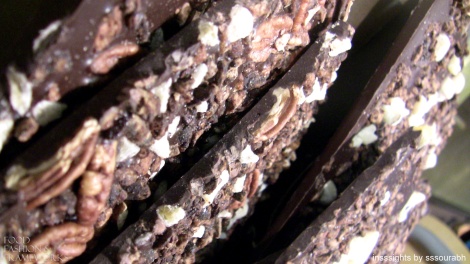 It all started with kimchi, a pickled cabbage with a pungent taste and aroma, and now, the sour taste and the unusual aftertaste have seeped into the acceptable taste bud families of majorities. Miso, kombucha, and even sour yogurt, are all poised to infiltrate palates, owing to the scientific incarnation of fermentation which yields a plethora of flavor profiles. Plus, its organic and probiotic claims make it a total sell to the permanently settling health craze. 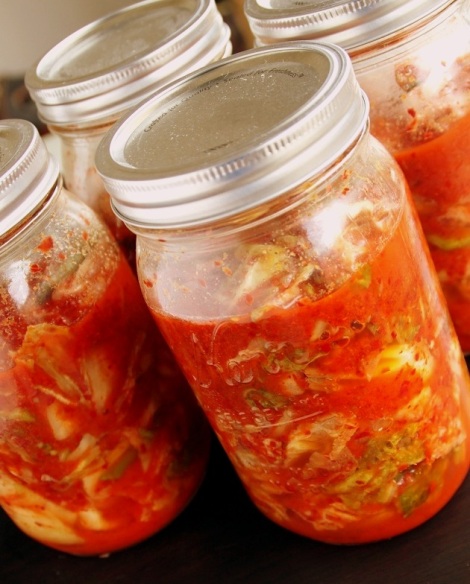 Tea has never really not been a trend; perhaps the British inclination in me has always favored tea over what America runs on and which I publicly despise: coffee. But if Teavana can capitalize on enchanting licorice and peppercorn flavors to lure customers, or my favorite T Salon can run only on loose leaf specialties from pomegranate white tea to detox tea, clearly this is a trend that’s here to stay. 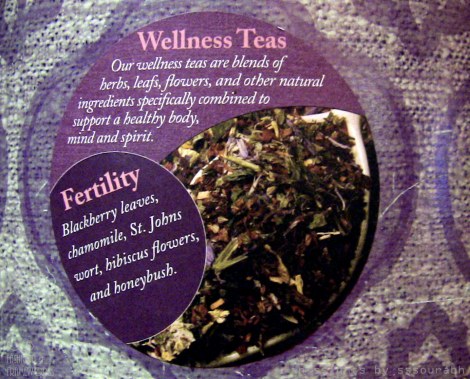 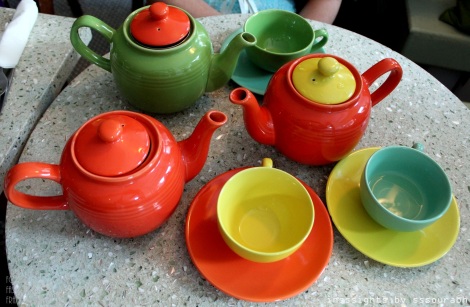 With an increasing emphasis on safety and alcohol consumption, beverage creators have finally woken up to the idea that tasty drinks can do without the alcoholic indulgence. For after all, cocktails are almost all juice and sugar, so why not leave the alcohol out altogether? And with an abominably high drinking age, go ahead and serve up something tasty for everyone. There is a time and place for everything. 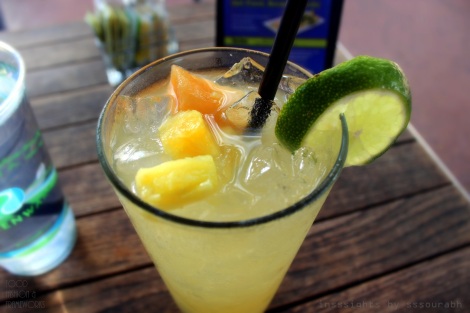 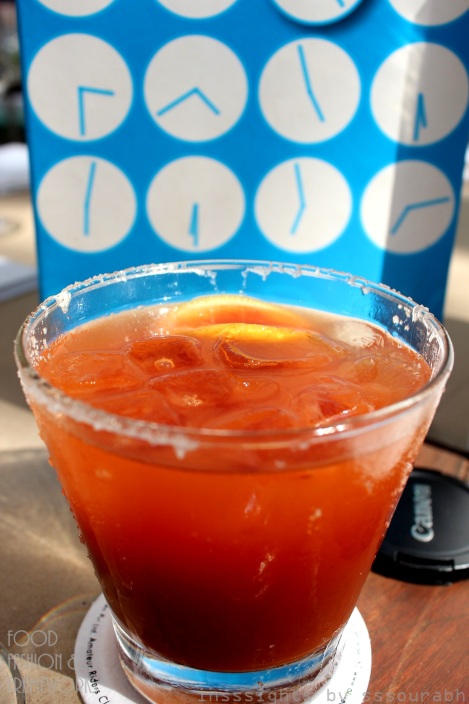 Bid farewell to the classic margaritas and mojitos, as newer and more gastronomic, experimental cocktails come to the forefront. With the beverage industry begging for differentiation, specialty drinks will raid bars with those looking for quirky flavors like smoke, ginger, jalapeno, and move into fresh fruits and homemade sodas. If the chemistry of Paris’s Patio Bar is any indication, given my slurp of a bubbly red cocktail from a 2 foot vial or a soup-like Bloody Mary with whole vegetables, we are in for a fiesta. But let’s not forget the increasing importance of wine outside the Pino Noirs and Chardonnays and Sauvignons! Aloha chocolate wine, for instance. 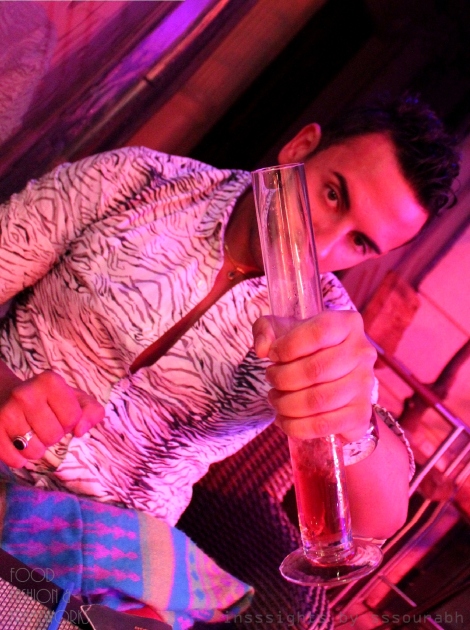 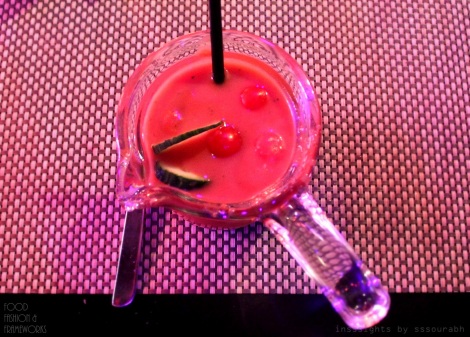 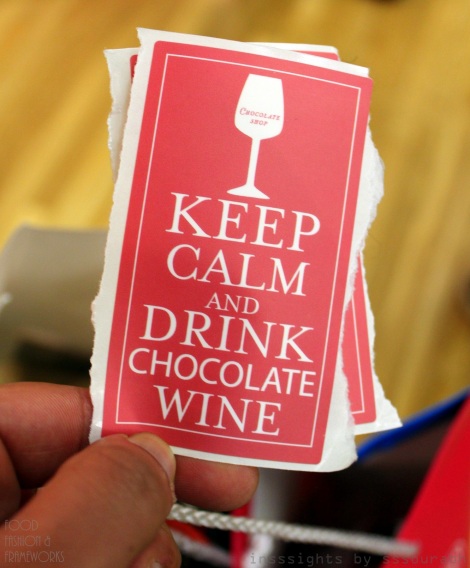 As evident from my New York Chocolate Show review, boozy desserts are here to stay – which changes the equation of taking the kids and even younger folks out for just a quick sweet indulgence. Now even adults can giggle with glee on a dessert outing. With the adulterous chocolate having made the most out of its scintillating affair with alcohol, it’s no wonder that so many truffles and biscuits and ice creams now contain percentages of ingredients that make them adult only. 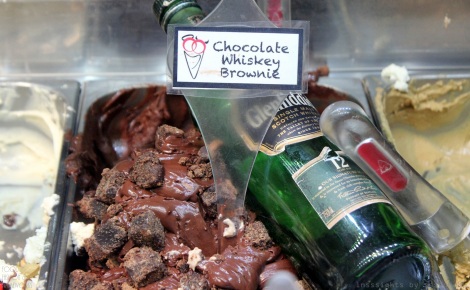 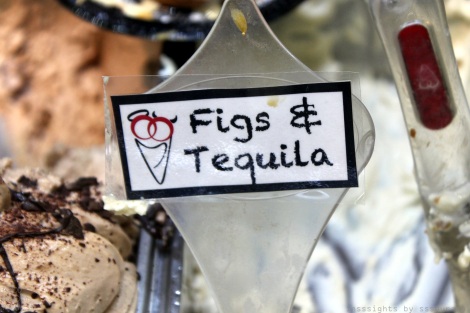 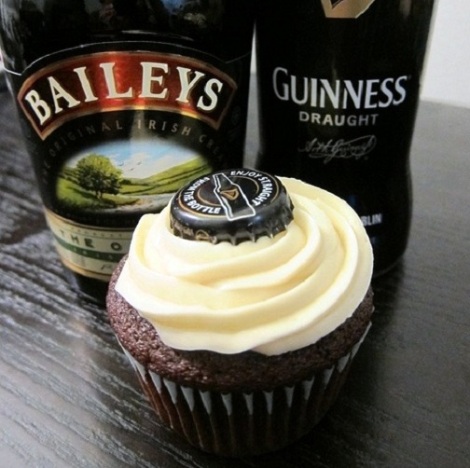 With so much to look forward to in 2013, I wonder what will be most successful, and what will languish as another fad. What will you relish the most this year?