Food and drink tastings and trends are my at the core of my existence, for any venue where I can savor a plethora of treats in one waltz are sure to strike a chord with my innate food critic.

I had the privilege of being invited to the Harlem Eat Up, founded by Chef Marcus Samuelson, who I had met several times before at NYCWFF and via Chopped. I was diabolically overwhelmed with a sensory experience of what so many retailers and food creators had to offer from his hometown Harlem, a region of New York that I seldom ventured to but would certainly visit for its hospitality and almost Southern charm. My rundown of my favorite items ended up being mostly snacks and bites versus beverages, owing to the overwhelming selections of wines!

The most versatile of snacks was by Nigerian origin Euginsi Foods, offering vegan and gluten free tomato sauces of intriguing flavors, like melon seeds and African tomatoes, balanced with the likes of red spicy pepper. Being of partial Tanzanian origin, the freshness of the flavors resonated well with me. Served as a sauce or poured over rice, they were as at ease being the first soup in a jar that I had seen! 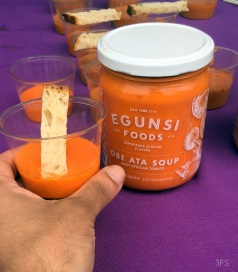 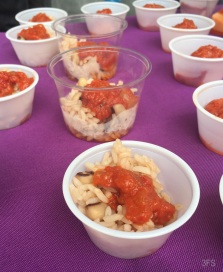 Cassanda Rhoades of Oso Harlem had a delectable grilled corn with chipotle aoili and grated cotija cheese (a hispanic rendition of feta), which had a sweet and spicy tang that melted well into the smokiness of the charred corn on the cob.

Brenda Beener of Seasoned Vegan, the first vegan eatery in the area, offered my favorite salty bite of the day: a vegan crawfish. Tangy and undoubtedly well crafted, it was served over a bed of spicy saffron rice, whisking me right back to the South, while respecting my vegetarianism with its culinary offering. Truly worth a trip to Harlem, and one that got me intrigued to find out what else they served! 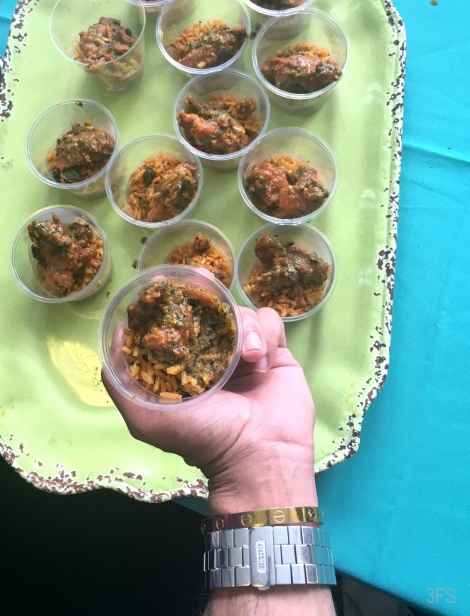 The winner of the market challenge was a plate of doro tibs and collard greens served with edible florals on a roti by Beejhy Barhany of Tsion Cafe. A fun take on a traditional green, the flowers added a bitter quotient which I personally loved, but would be susceptible to various tasters. 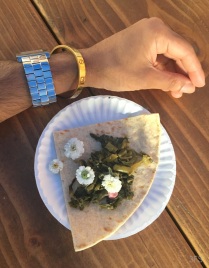 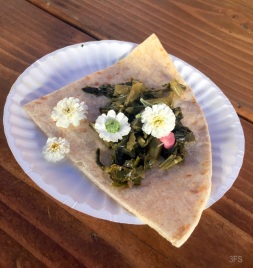 Culminating with a few dessert, while many savored the decadent chocolate truffles from Harlem Chocolate Factory, I enjoyed the story and packaging behind their bars. My favorite was Peter Pan, owing to my lifelong infatuation with Neverland and my antithesis to the principle of growing up. It was actually named after an old diner that burned down when the founder was in high school, but resonated deeply with me, even though it was white chocolate! The maple waffle crunch rendered it slightly sweeter but added the textural diversity that made for a good sample sized dessert post gregarious meals.

Another favorite was the sticky toffee fig cake, perhaps alluring due to a slight British lineage. Made by Tastings Social Mountain Bird, it was a fairly unsweet rendition of a dense dessert, with indulgent chocolate marrying gooey caramel like a dream. 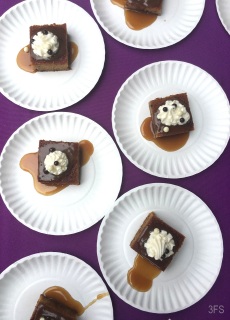 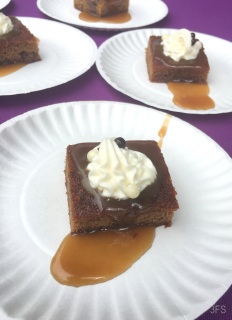 Hendrik’s Gin, made of rose and cucumber, threw a party of their own in effect, with a mixology station complete with distilled gin, a pack of tarot cards and rose petals interlaced with beakers and men in costumes to showcase a magical intersection of magic, art and mixology. The gin itself was indeed prevalent with a cucumber taste, elevated in the MO’ Gin Punch with pineapple, hibiscus and Ancho Reyes for a strong and fruity drink. 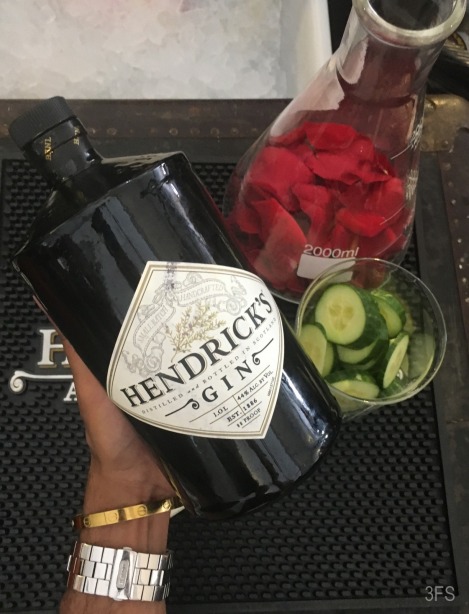 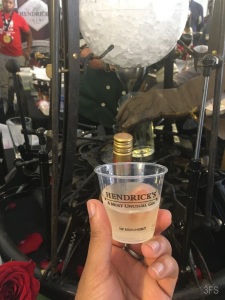 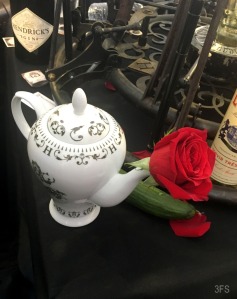 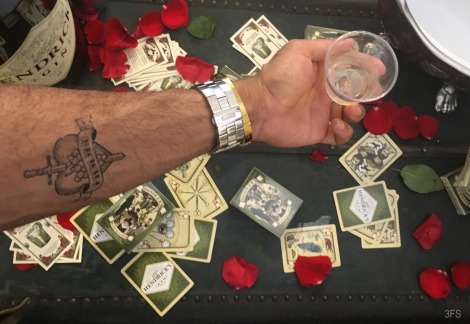 With a fresh palette of ideas and the gratitude of meeting culinary specialists in one of New York‘s most historic neighborhoods, Harlem, I look forward to another year of tasting and sipping adventures.

6 responses to “Favorite Nibbles at Harlem EatUp by Marcus Samuelson”