Cars and menswear go back in time to symbolize masculinity, drama and intrigue.

Nick Graham, known for including the mountains, a trip to Cuba, men on Mars and an underwater spectacle, chose the theme of 1969 for his latest menswear collection at New York Fashion Week Mens (NYFWM). Historically, it was the year that Apollo 11 landed on the moon and hosted Woodstock. The history dictated a lot of the styles, which while not as synchronized in thematic unity as his previous shows, created a good mix of tailoring and athleisure. There were several astronaut inspired bomber jackets in metallic silver and black, preceded by a phenomenal performance by a bunch of talented boys dressed in tees saying “Future Martians”! 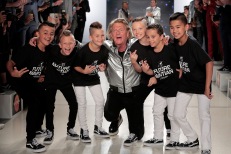 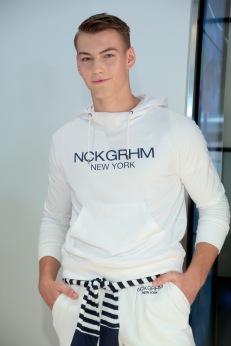 With the backdrop of a 1959 Cadillac Cycone concept car from Detroit, the show comprised of a flurry of men in commander pants and intergalactic trimmed spacesuits, a lot more casual than previous years with tees and sweatpants and hoodies, often with NASA logos. This gave way to tailored suits in the signature punchy colors and gingham plaids, with my favorite being the red one. Obviously. 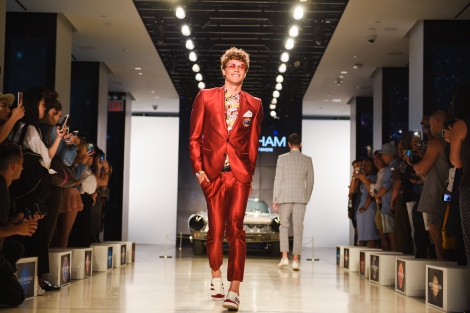 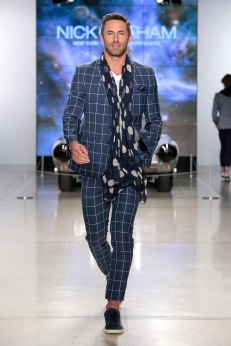 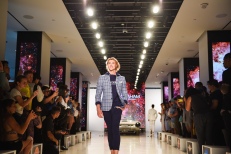 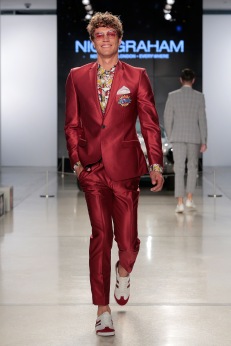 Dressed in a Print All Over Me jacket and Prada eyewear, I found myself longing for a more celebratory presentation, but on closer look found the clothing to be on par with the expected whimsy and quality from the maverick designer. 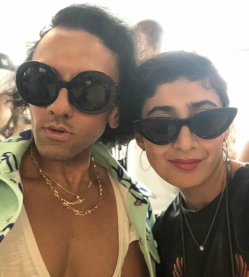 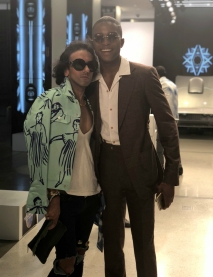 5 responses to “1969: From Automobiles to Menswear with Nick Graham at NYFWM”