“Greece has the feeling of being lost in time and geography with months and years hazily sparkling ahead in a prospect of inconjecturable magic.” – Patrick Leigh Fermor

Finding an oasis that reminded me of my days soaked in the azure seas of Mykonos and many, many islands of Greece was a gem. Tucked in Midtown’s luscious swooping shadows of glassy architecture was Nerai, a Greek spot of haute that takes a contemporary take on the age-old tradition of filoxenia, the Greek word for hospitality, emphasizing friendship, food, and libations. With coastal white interiors and a dim lit ambiance that evoked a sense of being close to the oceans, with shimmering waves glinting in the night. Chef Moshe Grundman combined classical Hellenic food with Mediterranean twists with fresh ingredients sourced from across the world. lavraki from Greece, fresh octopus from Spain, Ora King salmon from New Zealand, and lobster from Maine, with wines from Greece to accompany savory seafood and classic desserts alike. 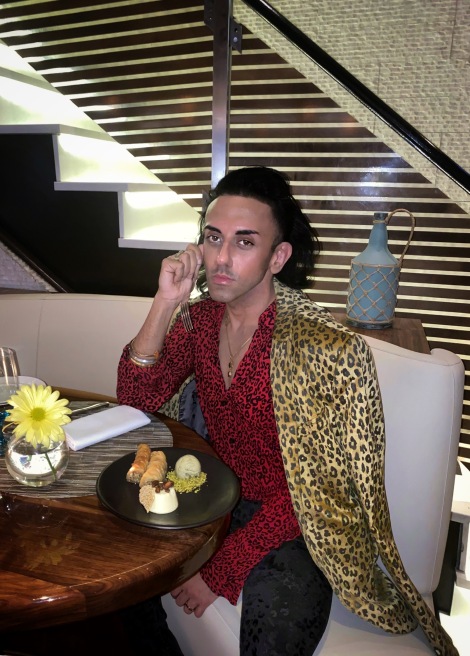 Too cold in Greece doesn’t mean I have to wait till my annual summer trip to eat #GreekFood, courtesy @nerainyc #NewYork 🇬🇷😋

Bake the world a better place … with Greek baklava 🇬🇷 @nerainyc for a sumptuous #Greek dinner in #NewYork.

Having graced the spot multiple times with fashion weeks and socialite nightlife, the ambiance with radiant lighting and island feels made all the meals even more delightful. From trout and cod served with pomegranates, potato kataifi, tarama, tzatziki, cripsy leeks and sunchoke puree, all the way to the spinach pies wrapped with spinach, artichoke, dill, and feta served with ouzo yogurt, the plates were sumptuous, hearty and fulfilling. 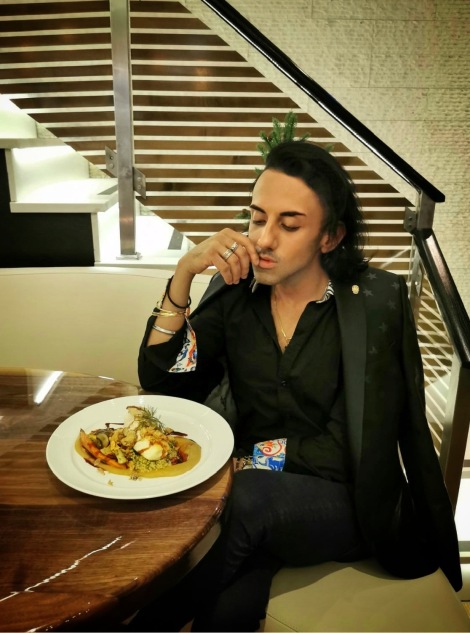 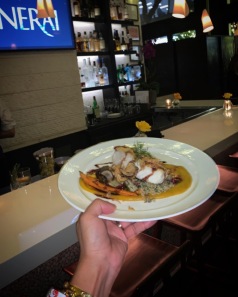 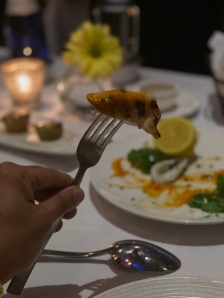 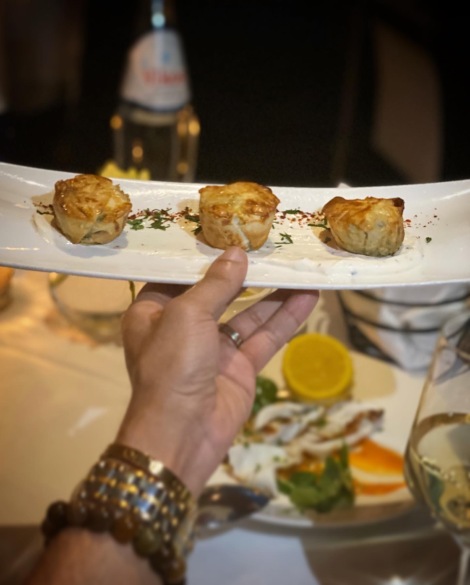 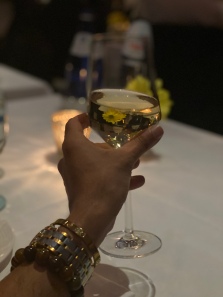 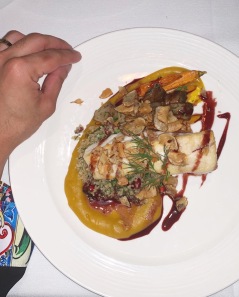 Desserts are my favorite of all meals, and with baklava in the selection which was a consistent favorite. It was with pistachio ice cream so succulent I could smell it’s freshness. The hand-rolled baklava was served with tahini parfait and a honey nut brittle that transported me back to the Mediterranean where I would savor the salty sea air with sweet bites of my favorite dessert. 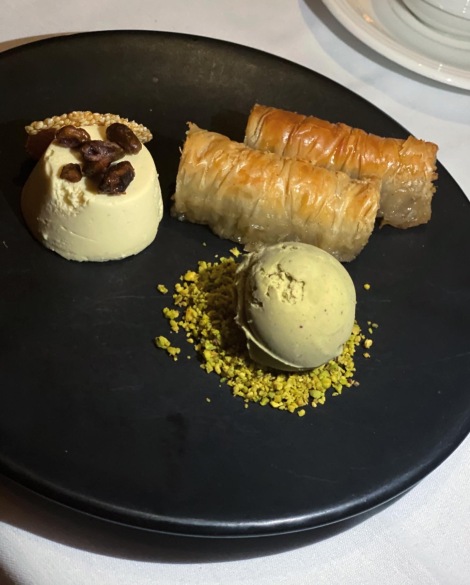 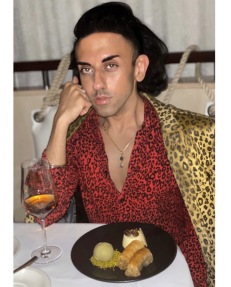 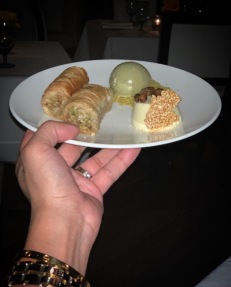 dreams come true: yesterday i was dreaming of #greekfood and today i am eating it 🇬🇷 @nerainyc #newyork where felines feast on pistachio #baklava 😋

With outdoor dining being an option in summer months, the glistening summer ambiance brought me back for the snacks like the stuffed and dirty – olive infused vodka with feta stuffed olives. A succulent night cap with zucchini crisps on a summer to fall transitional night.

gluttony is not a sin, it’s a talent! 😋🍸🤩🇬🇷😉 . . glittering #greekcuisine at the staple @nerainyc #newyork