Hype. It can elevate or plummet. Soar or crash. Immortalize or ruin.

This is why I am often fearful of things that are over-hyped, since my psychologically driven emotions tend to effortlessly formulate exceedingly demanding expectations, which then become impossible to meet. It has happened with cities: Paris or Barcelona were not what I had anticipated. It has happened with movies: The Incredibles was such a sleeper, and the Pirates trilogy just did not strike a chord. It has happened with fashion: who thought a credible designer Michelle Smith’s fashion show could be so comparably bland this season? And the list goes on, unraveling itself like toilet paper.

With this in mind, I was caught in a tug of war between excitement to apprehension when entering La Duree on a breezy Parisian afternoon. 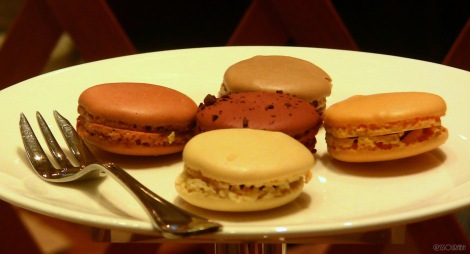 Many are aware of my penchant for ice cream parlors. On a similar level of passionate appeal, tea salons are my favorite destinations in any city, perhaps a combination of the delightful ambiance that they evoke, with the intoxicating aroma of teas and baked goods that flush fatigue out the window. Or more likely due to my documented dislike for coffee. La Duree is a tea salon at the onset, but an ice cream parlor and bakery too. It is on every tourist map as a mandatory destination for Paris, despite having branched out in other metropolitans. Alas, this means that La Duree is excessively crowded at all times.

La Duree is most famous for its macaroons. A macaroon is not my favorite dessert. With my addiction to seductive cookies, and my lust for chocolate, macaroons occupy a space that I stay away from; crispy cakes with a soft core lined with a filling, made in a variety of flavors. Unlike ice cream, you taste the flavor more definitively, and the scent of eggs can sometimes be nauseating. La Duree prides itself in scooping individual ingredients (almonds, eggs, sugar, and a secret ingredient), and keeping these aside for two days to ensure an accurate amalgamation of texture and flavor, as aptly advertised on their publicity materials.

The exterior was not enticing. Green, black and gold make an awkward combination, and the tacky 70s melodrama movie style golden letterized sign seemed pretentious. Perhaps I was tired, or perhaps the wave of expectation was making unnecessary splashes of doubt in my mind.

Once inside, still riding on a wave of expectation, I expected to see something no less than a Tim Burton movie set. Instead, I was greeted by romantic murals  that evoked mixed emotions. They made me sigh in Parisian glamor and romanticism, but on a tired afternoon, they made me yawn in sheer boredom. What I did like were the tiny tables, reminding me once again of the difference in portioned quality and indulgence of such parts of Europe, versus mass market over-sized piles of some parts of the US. The glossy sheen of marble countertops was emphasized with elegant molding, a fine way to accentuate the insides of a place without reminding visitors of the fame and glory of its name.

The crowds, however, I could do without. Swoons of sneaker wearing tourists with comfortably appalling clothing for the most part, who made it difficult to get a decent shot of the ambiance due to their heads, arms, postures or kids entering every single frame, with the mandatory flashes bouncing off the shiny tables, only to realize that photography was not encouraged! I dropped my mouth with shock, as did many others. This was an immediate turnoff, and no sweet taste could replace the sourness of not being able to see things with my third eye. I quickly got engrossed in friendly conversations with a few of my disgruntled yet smiling line-companions, only to find college alumni, same state residents, and acquaintances of common tastes, strengthening my belief that the world is tiny. After making a few Facebook friends whilst standing in line (much to the shock and disdain of my fellow foodies), I was closer to the glass panel, through which I had to peek at what to choose from, which accentuated my irritation in a stuffy, noisy atmosphere.

Like many European customer service experiences, I was wary of what to expect upon making my assorted choices. I noticed that the staff treated their surroundings with the passion of dealing with artifacts at a museum, carefully and slowly picking things up, wrapping them, chatting away at what was embodied in what, sometimes expressing interest in teaching about their articulated process of making macaroons (and other baked goods), and sometimes exhibiting annoyance for an indecisive visitor.

I noticed many rows of ornately decorated chocolates, all proudly made fresh that morning and with dazzling names, infused with ingredients like cinnamon, rum, coconut, tea, nuts and pistachio. The pastries with symmetrical frostings and photogenic strawberries aligned in floral accents made themselves look like food models on a cake’s equivalent of a catwalk, embellished with a La Duree golden gleaming logo in the center! Yet, given the noteworthy macaroons’ celebratory status, I figured I would start with these. I was overwhelmed by the array of colors; from deep pinks and rusty oranges to seagreen aquas and bright ruby reds, or royal purples to sunflower yellows! It was distracting to pick them based on their flavors and not their colors.

Upon nibbling on several macaroons, I found my expectations tumbling in multiple directions, depending on the flavor; I guess expectations have flavors too!

My favorite was licorice; black in color, and with a strong spicy scent that whisked me to the busy streets of the Middle East, it was a sheer delight when infused into a macaroon. The sweet and slightly spicy paradox made this one an instant satisfier, elevated by the fact that my companions did not like licorice, allowing me to consume it all! I also liked the rose macaroon, which much to my surprise, also had a strong floral scent, languishing the baked egginess that the macaroon held. I was surprised, as food scents are usually my most ignored facet.

Unlike ice cream, where intriguing flavors are embraced almost instantly by the cold taste that instantly pounces on your taste buds, the process of biting, chewing and swallowing an exotically flavored cake brings natural apprehension to experiments. Caramel with salted butter fell into this category, where the paradox tasted exactly like imagined, and not a typically favorable combination. The fig and date combination was far more successful, perhaps since I had gobbled down several ornate figs and dates in artistic packages in Dubai.

My least favorite was surprisingly the chocolate macaroon. Dry in texture and without the punch of a dense chocolate treat, it left a lot to be desired; perhaps the blame for this goes to Chili’s chocolate powered heaps that have spoiled me on quantity and taste! With my distaste for lemon and oranges in any dessert form, I skipped these altogether, but judging from my foodie friends’ rolling eyes, the oohing mouths and aahing sighs, they were a hit. Ditto for coffee and vanilla, the latter being a flavor that I generally gag at in any form. 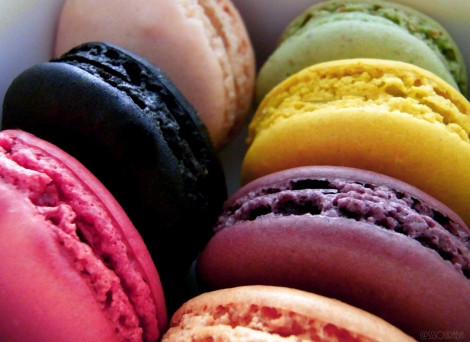 Replicability was favorably mastered by La Duree, and the macaroons had the same sheen on their surface, the same crustiness to each bite, and a similar gooeyness to the cores, allowing tastespotters to differentiate solely based on flavor, They were very fragile though, demanding to be consumed or stored within a short time frame, for fear of spiderweb cracks opening up in them after a day of wandering! Thus the irony of this being a popular tourist place, knowing what tourists do so well.

By this point, my wave of expectations had relegated themselves to the background, mostly unmet due to the inflated hype and the crowded atmosphere.  The problem of La Duree being such a tourist hub was that everything was in a bit of a rush, so a thorough examination of the place was quite impossible. The creators had a variety of gift boxes and packaging, all in royal symbolic colors of gold, green, purple and white, richly put together with high quality ribbons and embossed foil logos, with evocative names ranging from the Precious gift box to the Secret gift box, lending an aura of exclusivity and evasiveness to the indulgent treats. 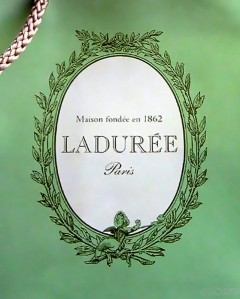 It is rather obvious that La Duree caters to the tourist gentry, selling its exclusivity and Parisian appeal, which most definitely works. Though at times it seems obvious that they have become more of an established business instead of a tea salon and bakery of sheer joy, which its origins seem to indicate it started out as. Pity, since if one ignores the gimmicks, it could work as a valid must-visit site of Paris, akin to the Louvres and Eiffels. Yet, not all is lost, since the happy merry yuppy crowd never languishes, and keeps the business thriving. Whilst definitely not something I consider a must-visit place for every aspiring Parisian, it is definitely more than just a check on the list.

And admittedly I have a new-found respect for macaroons, although I still firmly believe that they are not on par with my addiction to cookies, ice cream, and all things chocolate. Although I doubt macaroons will ever embrace the exotics like wasabi, pepper, or vegetables, much like ice cream has done in recent days. But a quick browse of La Duree’s portal shows me that they change flavors seasonally, and are indeed experimenting further, branching out into the likes of coconut, mint, pistachio and blackcurrant – all intriguing, giving rise to a variety of colors that flirt with the eyes. This fact alone may entice me to venture back in another season, perhaps with more appropriate, slightly deflated, and well rounded expectations.

Perhaps this is the double edged sword of expectation: it functions both as a risk as well as an asset. It entices you into doing something, creating a benchmark and threshold, but also leaves the decision upon you as to which side you stand on. Either way, the hype has lured you into its parlor-like trap.

18 responses to “Expectations come in Flavors”