Some places evoke a “once upon a time” feel.

Countless sonnets have been written about the romanticism of Paris, so much so that the name evokes a mirage of a violin soaked scene with sequins glittering up an iconic A shaped monument, with nothing but a plate of pink macaroons between the sumptuous kisses of the night. For it is a city where even a scrap on the street or graffiti on the walls is transformed into art.

And yet, my comrade of many years Liwayway Piano, recent author and writing inspiration, took me to the center of one of New Jersey’s rather populated and infamous (at least in Indian circles) towns: the doughnut shaped Edison, centered around a formerly dodgy neighborhood Metuchen, known only via countless sweeping rides through it on the efficient but delay cursed New Jersey Transit to New York. And ironic, that in the middle of a chilly day, what we entered was an uninventively named Cafe Paris, an ode to a recent return from a place of the same name with a mouthful of macaroons and a story of cocktails under the shadow of the opera.

With hand painted walls of iconic Parisian monuments and silhouettes of the same icons against the sunset facing yawning glass windows, the place elevated a seemingly kitsch idea into a rather cozy one. For there was no garish coloring, no over the top melody, but a rather somber, lazy vibe that was almost gratifying to the world of haute that came with French expectations. And a drift of something very calming that sat in the tranquil stillness of the air.

Turns out that the restaurant’s owner is actually from Paris, and not one of the countless specimens infatuated with the city’s charm. Marie-Therese Fuller opened this location in 2004, 3 years after her flagship in Cranford, New Jersey. With foods prepared from a garden where the owners picked the ingredients daily, the attempts awere to keep things very French, fresh, and healthy.

Flavored cappuccinos add to the illusion that coffee wakes me up, for at least they add variety to an aroma that is a language of its own. We opted for plain for her, and hazelnut coconut for me. Both arrived with child-like, unrefined but very home-style chocolate letters on the froth, reading M and J, omenic to the late Michael Jackson, and hysterically in synchrony with a close foodie friend’s nickname. 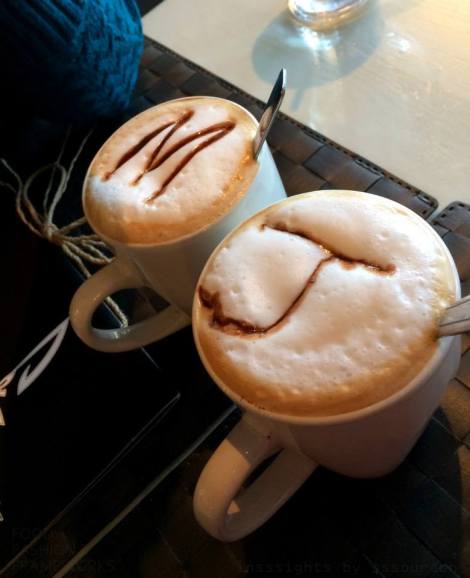 After swooning over the scent, a toast of cheers commenced an afternoon of storytelling. Stories made flavorful with a hint of creamy coconut essence with each sip. 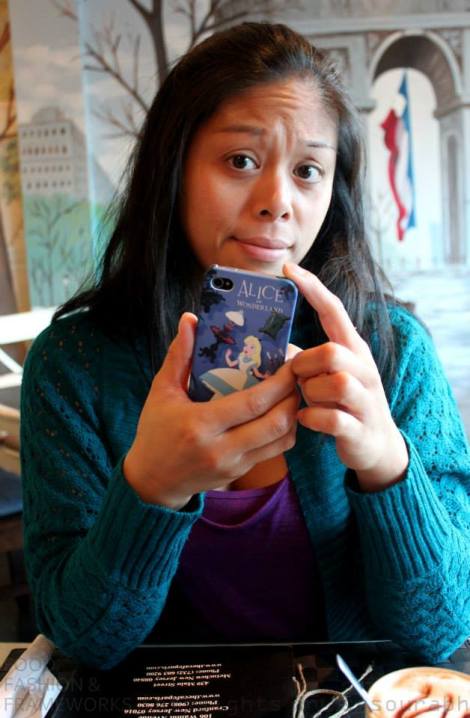 While she ordered French onion soup, I chose a savory crepe, for my mind could not recall the last time I had nibbled on crepes for snacks, meals, hangovers, or natively Parisian trips.

Mine was a Gruyere cheese and mushroom crepe with sour cream drizzle and fresh mint. They say that a crepe is judged by the thickness and tenderness of its texture, and the neatness of its folding. Evidently, my buckwheat crepe was tender, delicate, and wrapped like a baby’s nappy. The cheeses themselves were on the sour side, perhaps a nod to being a bit too French. And I could’ve done with less of the sour cream cris-crossed in a rather diner-like fashion on my plate, but the fresh mint added the right balance to the rich cheesiness. Not to mention its cutting contribution to the heavenly aromas. 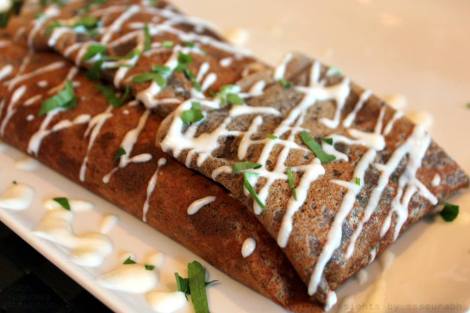 As the conversations grew longer and the suns rays began to languish, a call for dessert yawned its way onto our palettes and tables. Hers was a fruity crepe with chocolate sauce, fresh strawberries and bananas and bonbons of whipped cream. 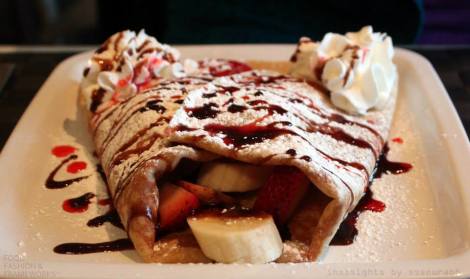 Mine however was a surprising marriage of chestnut cream, toasted walnuts and the love-hate-relationship-driver, Nutella. While heavy handed on the powdered sugar, I could sniff off the strong scents of chestnut and chocolate hazelnut rather distinctly, even over my second cup of coconut cappuccino. 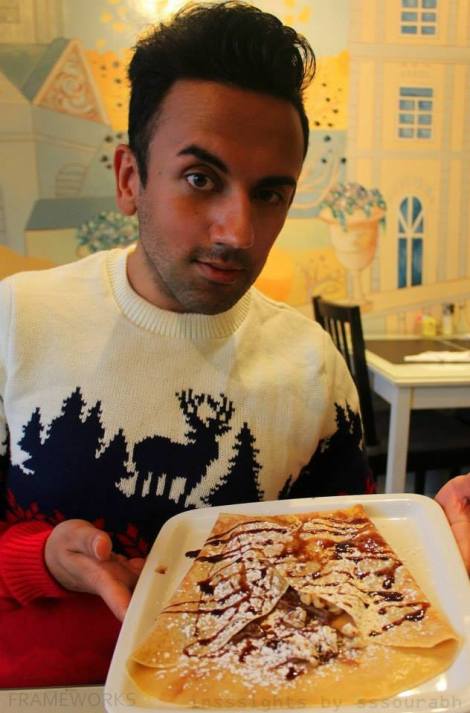 This time around, Cafe Paris had redeemed itself of any minor flaws in the savory crepe. For this one literally melted in my salivating mouth. The chestnut blended with the Nutella like inseparable water waves, with walnuts like rocks gazing in the light. Texturally, the nuts provided the right contrast to the velvety crepe itself. 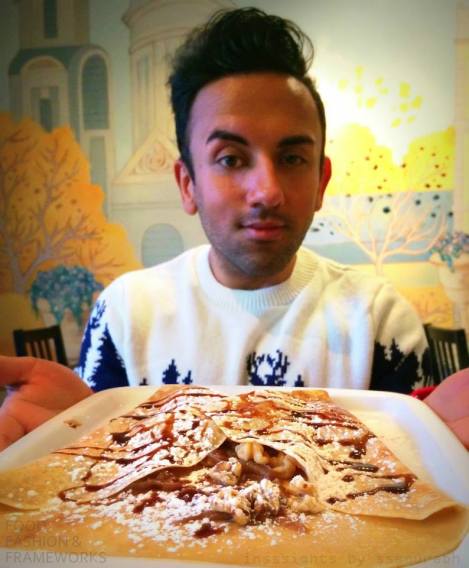 On slurping the remnants of my cappuccino and licking my plate clean, the food was gone, but the aromas lingered on. And that is when I realized that the tranquil stillness that had calmed me on entry was actually the aroma of the food, a notion I had felt from a tandoor in Delhi not long ago. A pleasant, almost bakery style aroma that was neither uncomfortable nor suffocating, but rather inviting and therapeutic, almost. 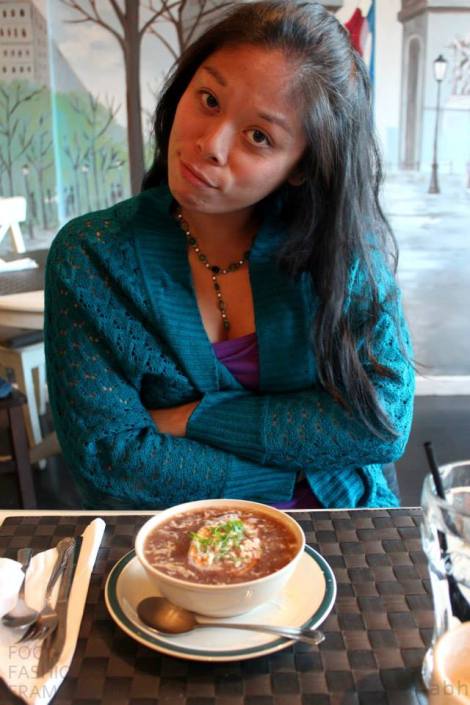 For a scent had just taken me to Paris and back.

This was my “once upon a time”.

Once upon a scent.

8 responses to “Once Upon a Scent”