By now, many know that I am a child of juxtaposition.

I get a kick out of things that don’t traditionally belong together. Or when something traditional gets a legendary, and often tech-y, upgrade. And I salivate at seeing the combination of something extraordinarily disparate. Which particularly describes my descent in Paris, with one show that was gilded in opulence but modernized to reflect a pumping pop style, and another more traditional one given a literal dunk in the underwater wetness to emerge vibrantly victorious.

I was ecstatic to be part of the Balmain show at Paris Fashion Week Mens (PFWM), what with the opulence and leather and frills and studs and baroque and brocade and gold that the brand is known to be lusciously synonymous with. With the likes of a v neck sweater as an opening, I was floored, with my tongue sagging and my eyes salivating over the jackets and outerwear. From boxy leather to lace, chunky chain clad to sparklingly studded, from cowboy fringes to asymmetric cuts, long trenches to cropped pieces, flamed embossments to bright piping, and so much more! Despite not being a fan of the black hue on clothing, I admired the textural elements that were woven into black longline jackets and leather. Though I naturally opted for the reds, which bedazzled in belted, gilded, or studded glory. The white swirls on many pieces were a nod to the palaces in Paris, and snaked over many cardigans, shirts, and kaftan-like tops. Sweaters screamed pop, and were often interlaced with colors of the American Flag or with stars and stripes, obviously in sequins and embelishments. With a penchant for all things over the top, I almost danced in joy to the beat of the swooshing fringes of the models.

Baroque swirls, studded leather and national pride. @balmain #SS18 runway is what dreams are made of. #PFW 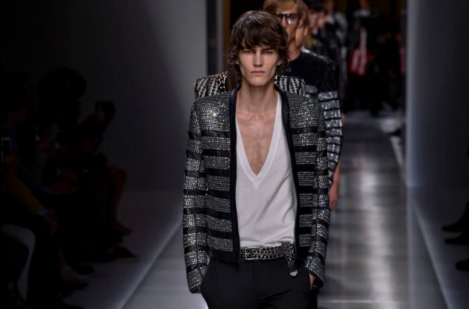 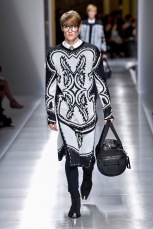 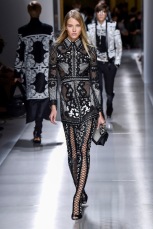 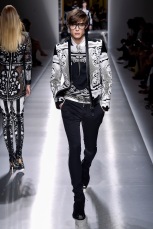 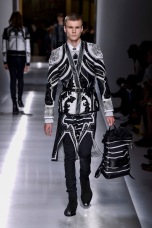 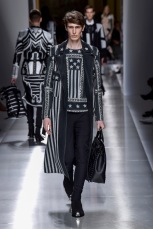 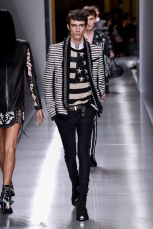 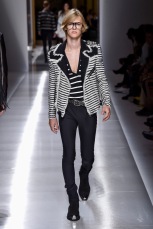 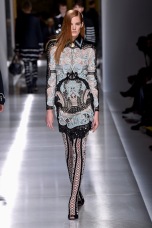 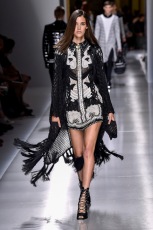 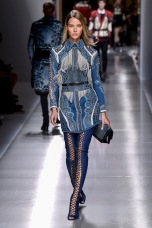 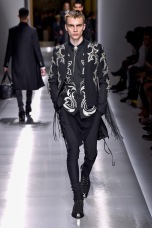 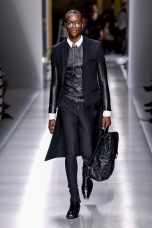 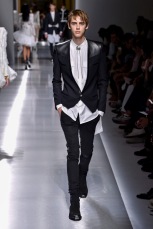 Tropical inspiration, particularly that from underwater fish and marine creatures, is what Paul Smith chose as his inspiration, with a stage decked in flora and fauna patterns and a literal rainbow of colors. His colorful collection lived up to the opulence of the underwater, conjuring images of The Little Mermaid. What with long pastel jackets, contrasting lapels, floral pumped shirts, poppy themed innerwear and jewel toned outerwear. Even the detailing in the accessories was evident, with skinny trousers giving way to maroon or red or purple suede and leather jackets, and the occasional brightly patterned neckerchief, pocket square or tie. With a penchant for all things colorful, I was bedazzled by the exotic floral prints, the bright yellow jackets, the cinnamon hued suits, and the vision of fish and marine life literally swimming across the knits and shirts and skirts and bomber jackets. The fits were on the loose side, except for the occasional skinny suit that still defined a dapper gentleman. But the true winner was the nod to a luxuriously multi-variant oceanic texture, and its plethora of hues that translated into a sparkling collection. 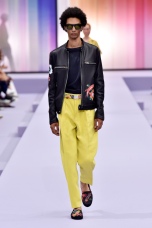 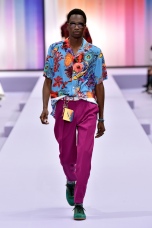 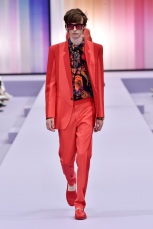 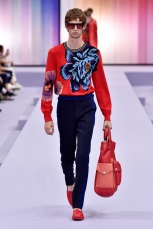 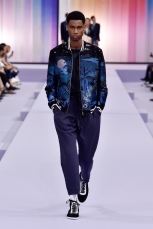 With two contrasting collections, one showcasing gilded glory and opulence, and one highlighting the depth of colors and prints, I was bedazzled with what the diverse, dazzling and charming city of Paris had to offer.