As Coco Chanel aptly put it, ‘fashion changes but style remains the same’.
Something I have taken to heart since childhood.

In the same way, times change but habits remain the same.

And taking cue from last year’s saucy spying at the fashionistas flocking around the tents at New York Fashion Week, I once again found the ogling to be a more gratifying exercise than evaluating the runway collections for both men and women, splendid as they were. And what’s more, I found company in many eclectically dressed personalities that were part of the same voyeuristic exercise. Cameras included.

Not that I’m complaining of course, for it’s the season when fashion lurks in the air like an aroma that is born to seduce. 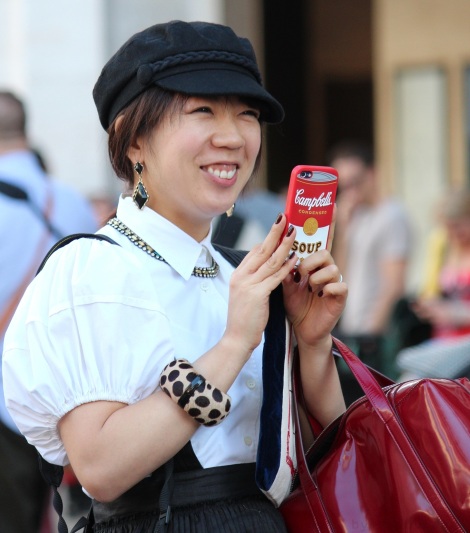 Commencing with women, of the several visual trends, I noticed a return of vintage classics. Pearl necklaces or flared arms with lace accents, leather jackets and gold necklaces (oh so disco), the high-low dress in shocking pink, retro hair in tan orange with sequined backs… all trends that catapulted magazine culture to dizzying heights just decades ago.

Staying true to my fashion forecast was the all-white trend, sported alongside the sunglasses one, albeit a rather strange rendition documented previously. These two particular cases also exuded festivity with tassels and feathers swaying effortlessly in the sunny, dense air.

Black continued its winning streak, both as a plain mini on a modelicious body with salon straight hair, and with chunky tribal jewelry and a weather appropriate hat. The latter on a newfound blogger friend! 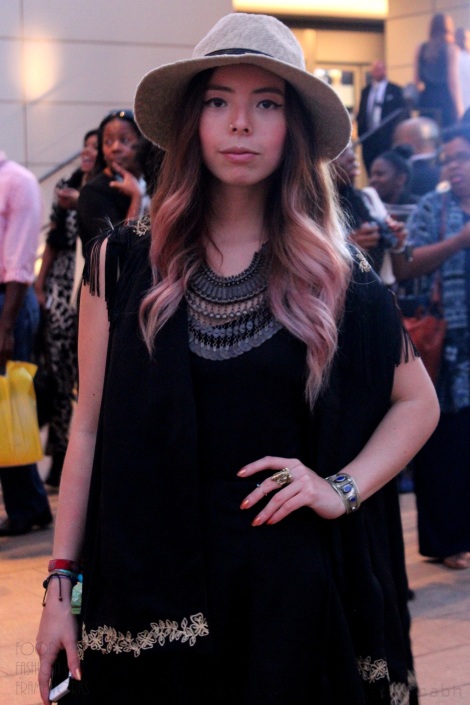 So much for being secondary, yellow actually emerged to the forefront in two of my favorite female looks in this cinematic experience. A BCBG style body hugger dress flirted with a Beyonce like bodice, while an alternative look of a patchwork shirt-dress was paired with a Halloween appropriate yellow cap that exuded comfort, edginess and divine carefreeness.

Speaking of caps, headpieces were a rage, my favorite being a red mesh and feather one atop a royal Brit looking charmer with a knack for posing in her off shoulder loose dress. A black lace headpiece atop a rather ordinary black and white dress was made appropriate with pastel hued insertions which, unfortunately, ended up looking a bit like candy from a distance. My favorite however, was a simple teal turban atop a basic oversized shirt, spelling a calm that I only aspired for. Plus it was refreshing to see a Punjabi staple making a statement! 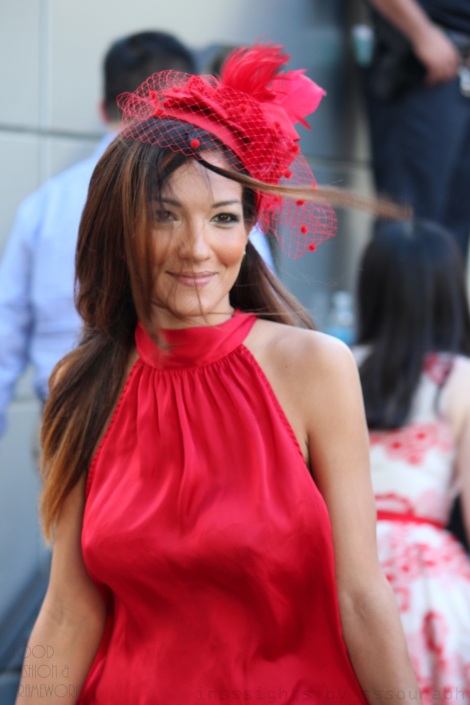 My favorite look was a psychedelic mismatch of prints: loose shorts with a flimsy black bustier covered with a coat that looked straight out of a kaleidoscope game. Using turquoise as a base color and building with limes indigos blacks and whites, this was once striking piece owing its sheer symmetry. 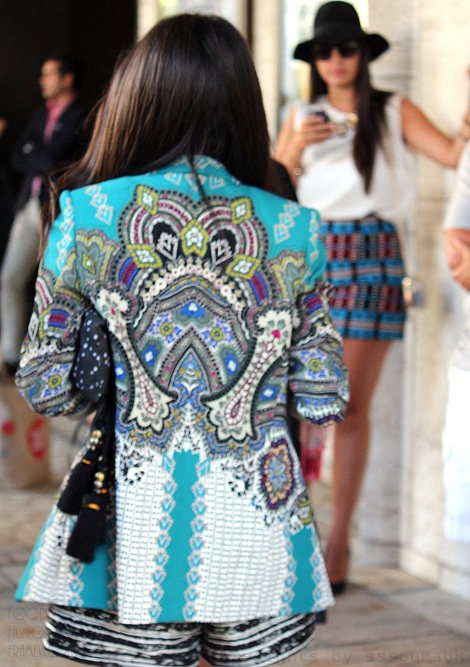 Celebrity stalking aside (yes, Paris Hilton and the Jonas Brothers were amongst those seen), the day was a fruitful one, yielding a plethora of memory clogging photos that mandated being split by theme. Coming up next is groupwear and menswear, interspersed with random derailments of luxury food. 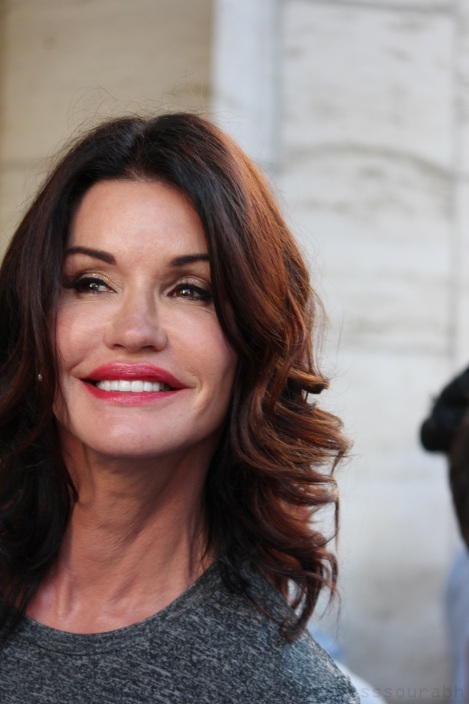 Just like the last time, I found more contentment in being a paparazzi hawk, eying the creativity in self-expression being unleashed on a swoonworthy platform.

How many times must you repeat something to make it a habit? For now we have one.

10 responses to “Women of Fashion: Trends in Transit at the Tents of NYFW”