Can scary ever be succulent?
Or can decadent ever be dreadful?
One can only but ponder. Over and Over. 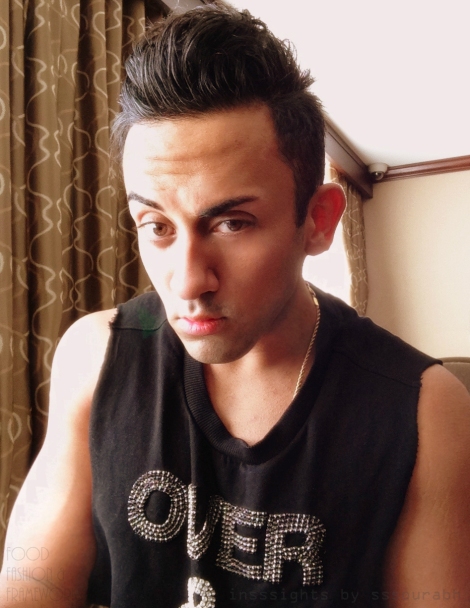 The marriage of horror with all things smothered with chocolate essentially epitomizes the likes of Halloween, where on one hand we have a plethora of candidates for next top model or trash fest, and on the other we have a haven of devour-worthy desserts.

Some say Halloween is just another day that people pretend to be someone they are not. 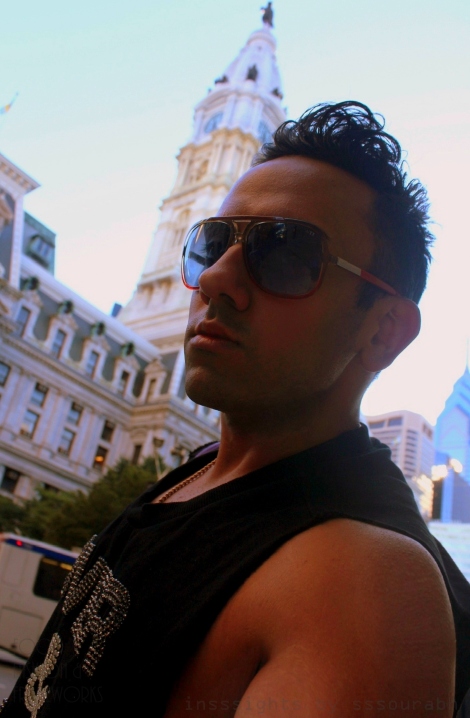 I am admittedly less into costume dramas and more into vogue. As such, I like to shift the conversation to the tastier side of festivities, and shocking away from the fashion revelation, owing to my own out-of-hand observations translated into tales of quirky fashion (Part 1, Part 2, Part 3) and my recent extravaganza at fashion week for men, women, accessories and even dogs!

For those who know me, I am a chocoholic. There’s nothing better than a good friend, as someone said, except for a good friend with chocolate. I am willing to bet that 97% of people love chocolate, and the remainder are always lying.

Nonetheless, combining my devilish streak for chocolate and the happening fright fest in the air, I stumbled into Philadelphia’s Reading Terminal market, a Wonka-meets-urban landscape of fresh treats, much like New York’s Chelsea market sans glam, or Europe’s fresh markets sans cultural indifferences. It was Philadelphia after all, city of love, and with a permanent spot of nostalgia in my heart.

Being drawn to chocolate, I was alarmed at what I saw, fitting so thematically with the season. Something that took me straight back to anatomy in biology class. Something that literally took my breath away from its sheer whimsy.

Chocolate by Muller introduced the world to anatomically correct chocolate. Accompanied by cheesy taglines which nonetheless worked. A heart, priced at $19.99, priced the essence of love at a worthless price, which relayed coy glory. The aforementioned lungs did the same trick.

On the more eerie side were the kidneys, labeled more for Valentines than Halloween, with pick-up lines that were so far into the realm of impalpable that they could actually be considerable again: If you were a kidney I’d be your stone. Again showing that love is probably the bane of existence. 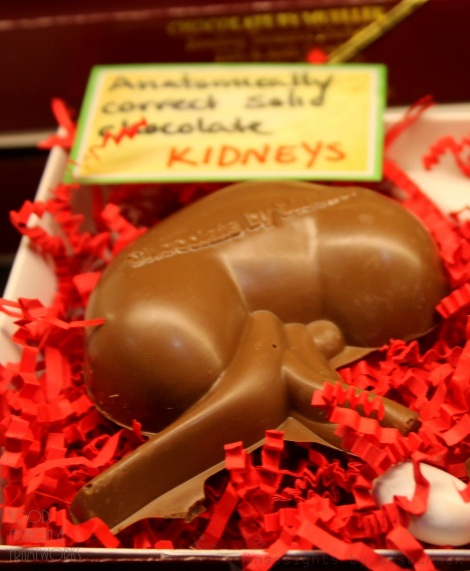 The real Philly cheese steak was less thrilling, despite the accuracy and white chocolate detailing included.

The story continued with more physical and less organ like body parts – from grandpa style noses, Mike Tyson ears that were bitable, harnessing buzz from a yesteryear scandal, all priced way less than botox and surgery. As an ode to my many dental acquaintances, my favorite were the real teeth shaped dentures that you could sink your teeth into! 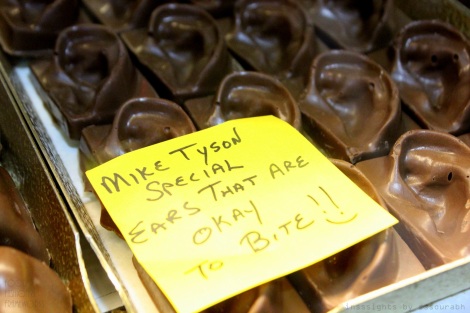 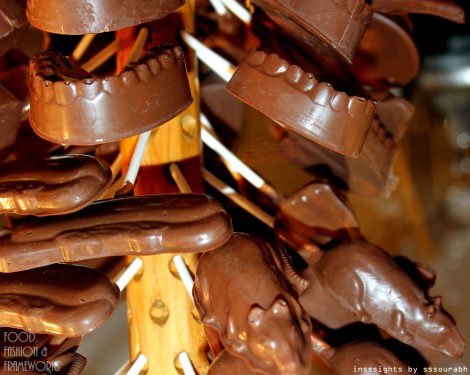 The lab rats were cute, rather disgusting with frozen, ghoulish eyes, almost as if they were the test rats instead of the slaving scientists.

All in all, a Philadelphia never ceases to amaze me in its mordant wit and gastronomical creativity. And the simple seeming Reading Terminal was no exception. 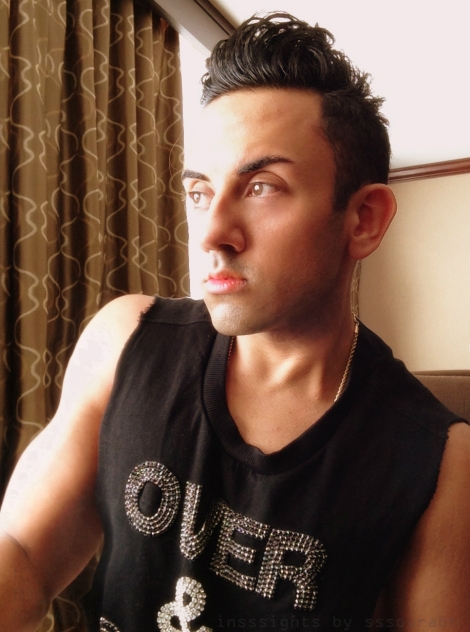 Have a chocolate dipped holiday season.
And forget love, fall for chocolate instead!