Something called a grand tasting inevitably sets up rather gigantic, if not majestic expectations. 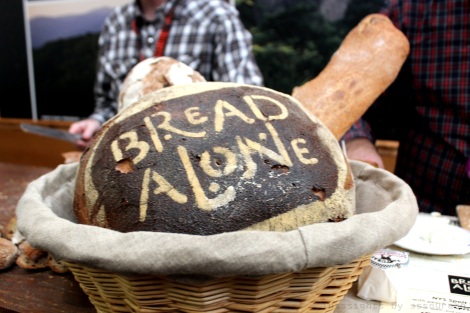 As the flagship event of the New York City Wine and Food Festival (NYCWFF), I was already satisfied with the tete-a-tetes and interactions and learnings and candid conversations with a sprinkling of my favorite Food Network chefs. But what quadrupled my excitement was the actual inhalation of food and wine throughout the day, as if my photo with the Cooking Channel slogan, “You are going to be delicious” was a premonition of my day!

Alarmingly enough, The Cooking Channel’s trio of popcorn took the crown in terms of seducing my tasting palette. To think I don’t even like these staple movie treats! Perhaps it was the gigantic transparent pillars bottled with popcorn that lured me in. 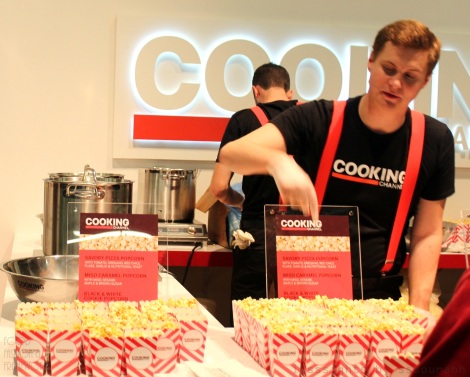 The black and white cookie popcorn with cacao dust was the perfect sweet, crackly morsel that melted in my mouth, layering it with a chocolate aftertaste. And knowing my infatuation with chocolate, this made for bagfuls of snacks for days to follow. 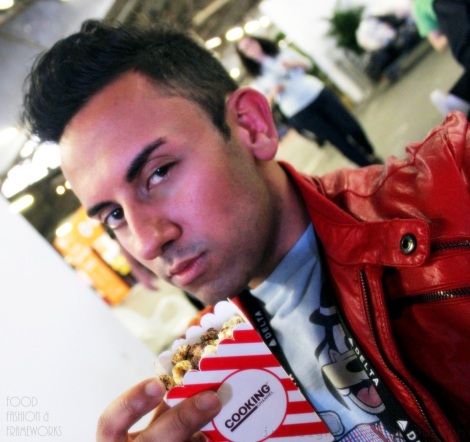 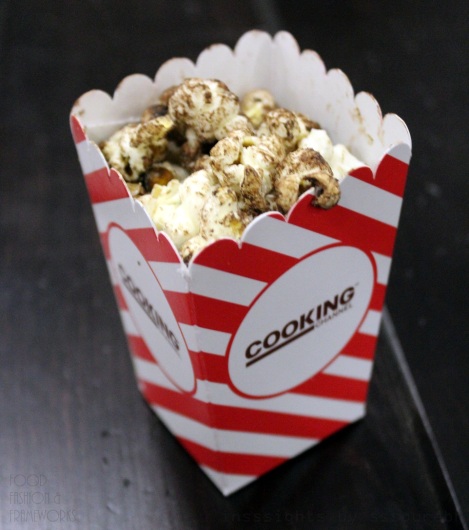 The savory pizza popcorn was quite the marriage of traditional snack foods. It was a sumptuous union, considering my distaste towards the parents of this mutt. With tomato, oregano, red chile flakes, garlic and nutritional yeast, it definitely felt meal-like. The miso caramel popcorn with maple and brown sugar fell somewhat in the middle, unable to live up to the prolific tastes of its counterparts despite a tempting name.

I like anything when pickled, but Rick’s Picks showed me that pickling can hit the right spot when done perfectly. Phat beets exuded the tart, bitterness of the beet with every juicy bite! The classic sour made the otherwise impalpable okra an addictive snack, too. Definitely ordered these by the dozen, partially also because of nostalgic mason jar packaging!

Bread toppings were a fad of the day, courtesy of the alcoholic inhalations that they supplemented so well. Be it gouda cheese with fresh cucumber or the goat cheese with apricot jam, or simply aged cheese on wheat bread… Nothing was over the top, but rather farm-to-table-like in terms of freshness. 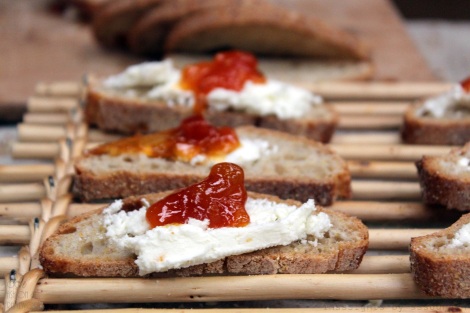 Chips fell into the same bucket, with a plethora of sauces to choose from – a favorite being the tamarind infused one for its Punjabi heritage and a much needed spicy tang! 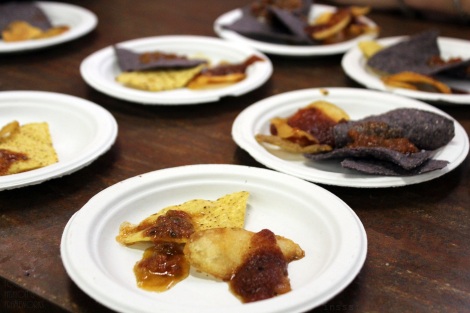 A corner of Asian food was a needed palette cleanser amongst all things bread-like, sweet and alcoholic. From the spicy pickle and pepper soup to the decadently dressed up mango sushi platter and the conical snackable crunchy seaweed, the sodium quotient was always high but immensely gratifying. 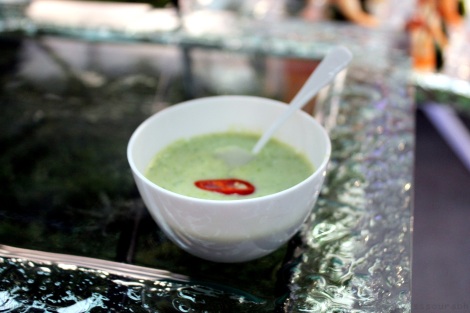 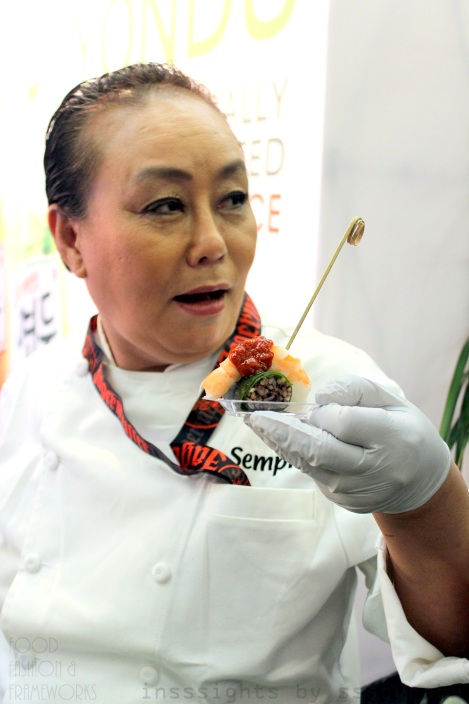 The transition between savory and dessert was filled immediately by the most sumptuous soup of sorts! Piping hot butternut squash velouté with espresso marshmallows and root beer cream! The textural puff of hot marshmallows was a surprise against the grainy, veggie strength of the squash, and while the root beer cream smelled stronger than it tasted, it was nonetheless an alarming and fitting addition to this party!

My favorite desert was by Gourmet Sorbet by the Sourbabes, which made it all the more comical that my name is SOURabh. The cucumber, white wine and mint sorbet was a jolt of fresh air with dry wine undertones that remained after swallowing a frozen rendition of freshness! I was instantly awake, and definitely went for seconds on a frozen treat that is now destined to be on my wall of fame.

The healthy frozen yogurt by Coach Farm tasted funny at first,, until I realized the saltiness was from goat milk! Just like the rawness of goat cheese, these were a textural and sensory delight, offering a cold punch of semi salty sweetness. Things were further spunked by the brand’s social promotions and country style toppings decor, with flakes surronded by corn husks and rustic table settings. 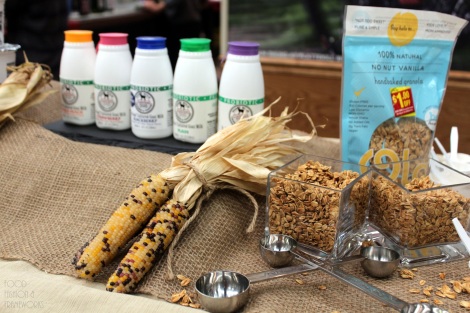 The pina colada cupcakes, that even won me a Kitchen Aid mixer courtesy of my spontaneous photography, were sumptuous too, since the tropical flavors definitely came through in both the cake and frosting. The tomato based cupcakes were lighter, tasting more like vanilla and cream cheese, but were nevertheless funfetti filled to look at. 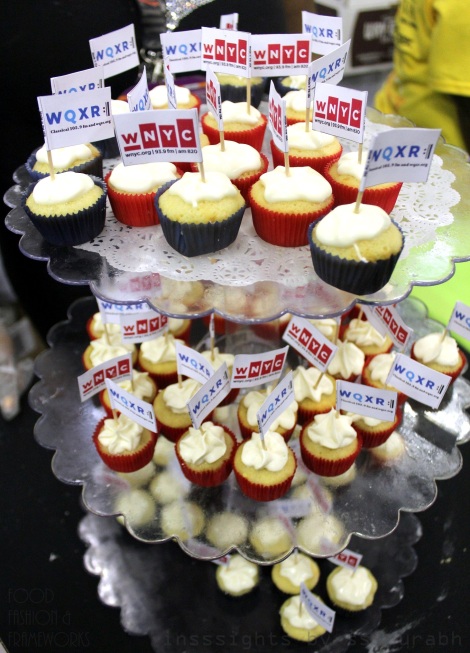 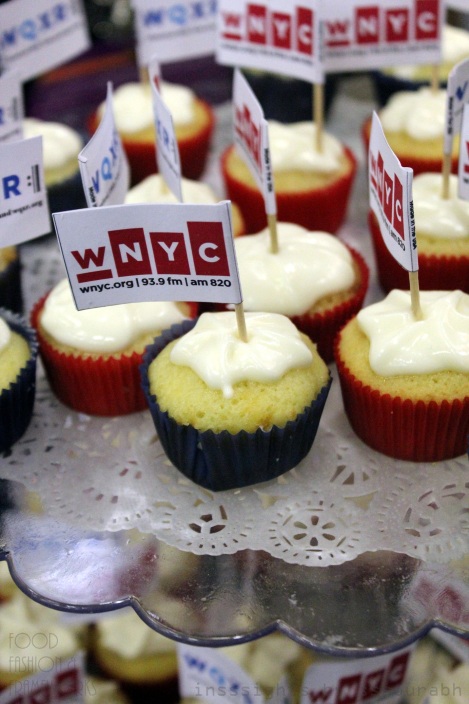 The drink phenomenon was nothing short of envy-evoking. Starting with Ugo elderberry cocktails with glowing stirrers, where the stirrers made for the repeated delight of stirring the ice until the alcohol was mellower. The scent and taste of elderberry was what knocked the surprise out of me, as I had only heard of elderberry on the same lines as antioxidants before. This was one fun, whimsical drinking experience, where the neon green and orange packaging fortified the glitz quotient! 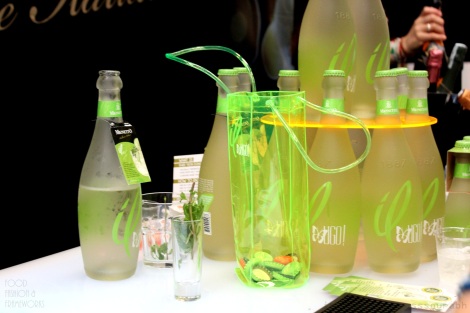 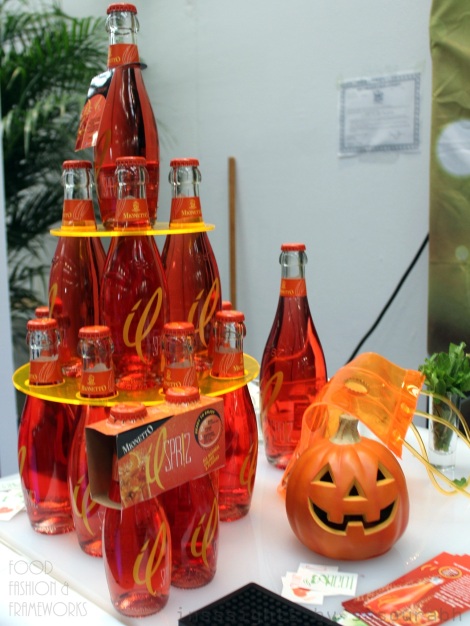 Gin crept up to becoming one of my favorites of the night, with The New York Distilling Company serving up buckets of chili orange flavored gin, a perfect prelude to Jagermeister shots! With Aviation gin as a gingery, rather obvious juniper scented interlude, of course. 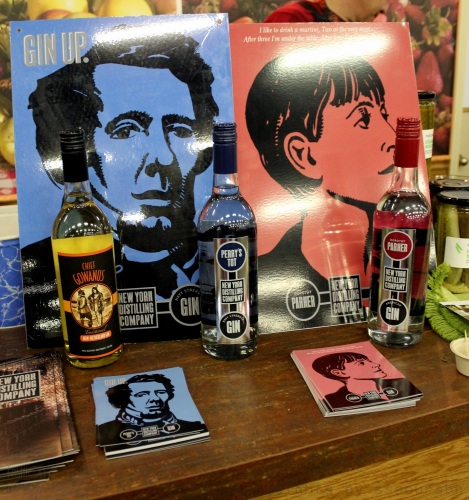 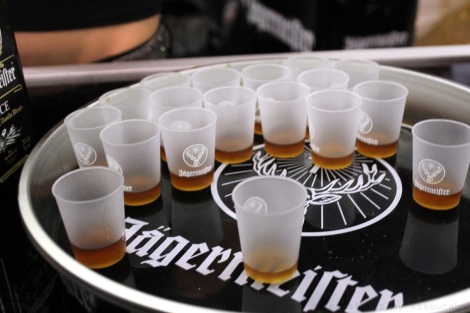 Mighty maple made a comeback, from infusions in peanut butter to alcoholic interludes at previous foodie events. And here were pillars of maple served in decadent shotglasses, mandating a lick. While I was not one to discern the strengths, the honey like cloying sweetness was nonetheless a palette cleanser. And why this ends up in the drinks section is because yours truly accidentally slurped them down thinking they were a marriage of Jello shots and maple infused alcohol!

The wines were families upon families of varieties so immense that my palette stopped discerning the taste and variety. But the seasonal pumpkin spice vodka by Pinnacle Vodka however, was another story. With its undertones of cinnamon and nutmeg, it brought the pie experience into a powerful drink format within a gulp. I now believe more in aromas and scents having the power to recreate emotions. 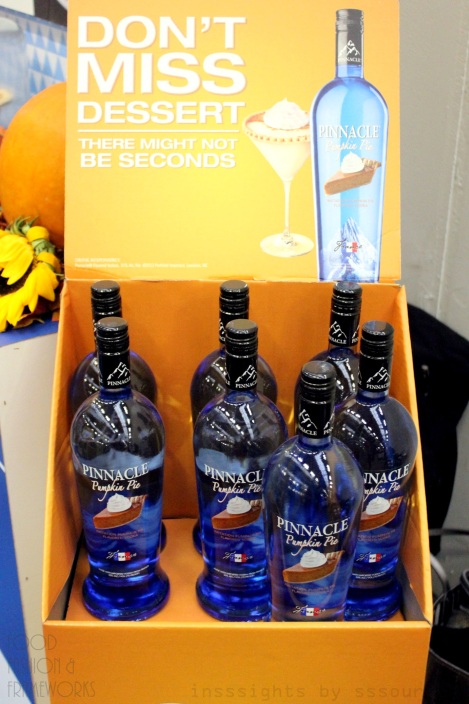 Foodied out by the grand tasting, I now concur with the soothsayer saying that indeed, there is no sincerer love than the love for food.

15 responses to “Eat. Drink. Repeat… The Grand Tasting at the NYCWFF”