Food made from scratch. Always. Imagine that.

It’s not often that you wander into a place and are so enchanted by its scent and culinary offerings that you repeat it the very next day! And on every visit to your second home, Los Angeles. One such spot was Scratch Bar, which relocated from its Beverly Hills hotspot to Encino and took with it the principle of making fresh, whimsical and stunningly gastronomical food with the philosophy of making it from scratch. Headed by Phillip Frankland Lee and his wife Margarita Kallas Lee who took care of desserts, it has several accolades of best tasting menus in the city, and is one of my staples in California, and one which enchants me every single time. 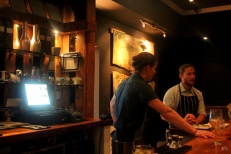 I started with the Bangkok Dangerous cocktail owing to its one signature ingredient: turmeric. Which in turn made me order it every single time. With sake, pineapple juice, ginger, turmeric, and cayenne pepper, it had the right balance of a “good for you” taste and a kick from the spice. 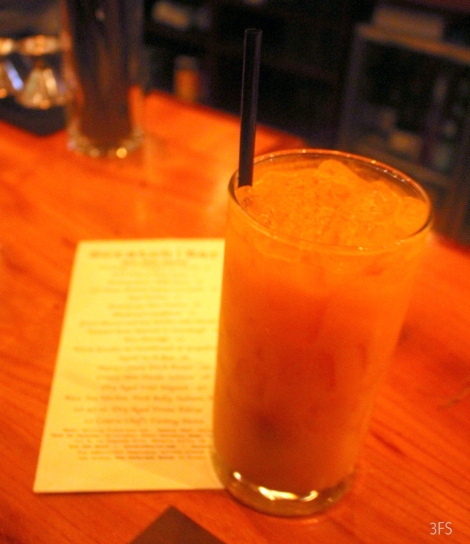 As a bouche-amuse I received a petite avocado and cucumber shooter with sugared tomato. With a penchant for vegetables in desserts, a trending concept, I quite enjoyed the tomato with sugar, giving it the righteous pedestal as the fruit it was. And of course, avocados are California’s bread and butter! 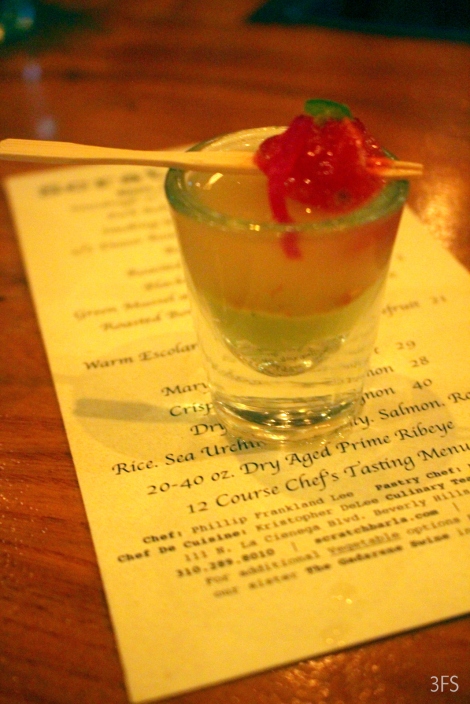 As a main dish was one that constituted of a superfood of my choice, cauliflower. I quite enjoy when chefs take the liberty to cook one vegetable in multiple ways, seen before with the eggplant in Chicago. This time, the cauliflower was also done 4 ways: blackened, pureed, as chips, and lastly served steamed, with pistachios, red onions, kale chips. 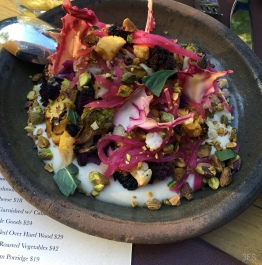 The plate was delightfully busy, with bursts of natural color and a plethora of crispy and savory and fluid textures. The blend of smokey and bitter flavors was a brilliant offset to the denser puree, and the onions and nuts added a lightly sweet flavor to make this one of the most complex but intriguing dishes I have had in years. 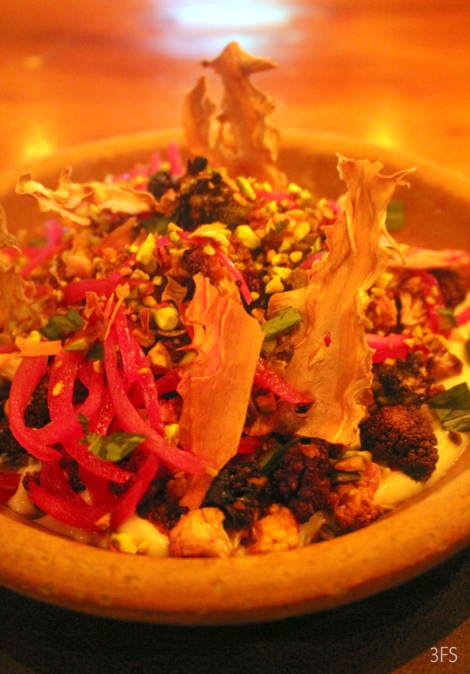 Another gastronomical design, literally architecturally so, was an interesting concept of freshly smoked feta cheese with homemade sourdough bread and vegetables. To preserve the smoke, it came in an inverted glass vase of sorts, which exuded a wilderness-style aroma that matched the ‘scratch’ vibe very well. The overall sour and bitter notes were savory, delicious, and surprisingly filling.

As an innovative concept, the last entree was served in a box made of fried yuca, a vegetable I had grown to know and love from my days in Tanzania. The box was brimming with a series of glistening and sauteed vegetables, adding a spark of color and crunch to the otherwise golden brown plate. Both intriguing to look at and eat, it was almost like a deconstructed and fried veggie roll… and we know that everything fried elevates its taste!

Of the two desserts, the first was a new experiment of a butterscotch and caramel flan of sorts with toffee bits. A tad on the sweet side where I missed the bitters and smokey flavors that had been a mainstay in other dishes, it was still a tasty and indulgent dessert, with a nice crackle from the toffee.

The most intriguing of all was a smoked vanilla ice cream, served in a petite cone. And while I am a fan of quirky ice cream flavors, the smoked trend is one that I can literally drink with a scoop of any ice cream. However what elevated this dessert were the organic sprinkles: red (beet), yellow (corn), green (spinach). Naturally colored and delightfully whimsical, they added a gastronomical refinement to one of my staple favorites.

With a love for all things bitter, and evidently smokey, this was one sensory and whimsical experience.

25 responses to “Ingredients from Smoke and Scratch in Los Angeles”