Ever walked into a barn in the middle of a city?

I sure haven’t, though I have dreamed of having a cow shelter in the middle of Manhattan. Wouldn’t that be a ponderous sighting… for the cows that is. However, packed in the West Loop of Chicago‘s vibrant city that looms as the goldmine of the Midwest, is one such place that is truly transformative. The Publican literally boasts of an expansive space peering into a massive open kitchen. Designed by Thomas Schlesser, it reflects a Renaissance era European banquet hall, with symmetrical orbes of lights, a communal table and walls curated with metals and woods of all hues, and with dynasties of pigs and boars and cows in their voluptuous beauty.

For The Publican boasts of a farmhouse fare in a European beer hall setting, a concept created by Chef Paul Kahan and Chef de Cuisine Cosmo Goss, who source sustainable meats and international beers, lagers, stouts and ciders. Obviously precarious lands for a vegetarian like me, which is why I opted for their brunch menu. 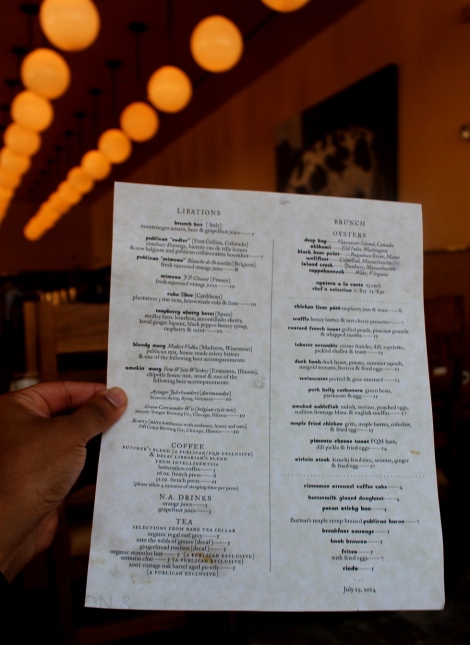 What arrived first was a Bloody Mary that looked like it had gone grocery shopping. What with drowned morsels of cauliflower, peppers, cucumbers, lemons and tomatoes, it was as mind boggling as Andy Worhol’s quotes from a recent Prague endeavor. But what was more bizarre was that it came with a tumbler of coriander beer. An apt pairing, or an awkward couple this was, for I wasn’t sure either had the space to infiltrate the other, except for in my mouth. Touche really. 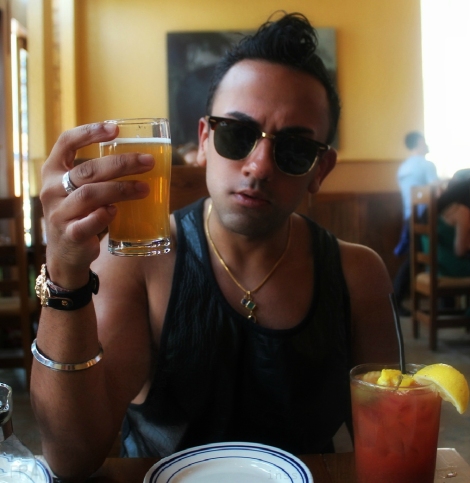 The coriander beer itself tasted like a watered down super smoothie, which was a good thing, considering its clean texture and taste. The Bloody Mary itself was rather ordinary, once I swam through the debris. 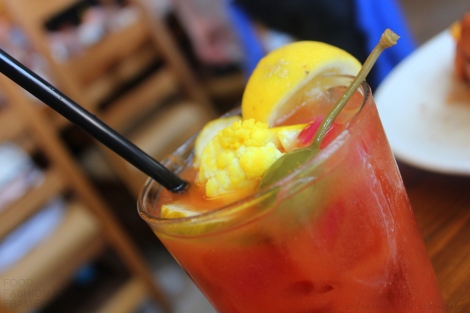 With foods, I opted for a peach custard French toast with ricotta and pine nuts. And what arrived looked fit for the kingly pig staring down at my plate from the walls of this food hall. 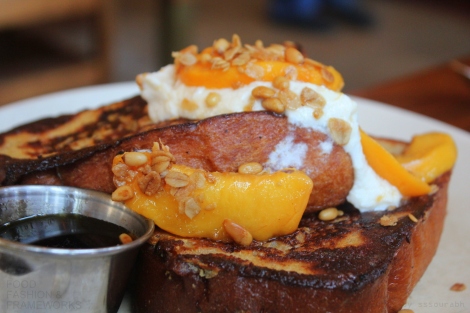 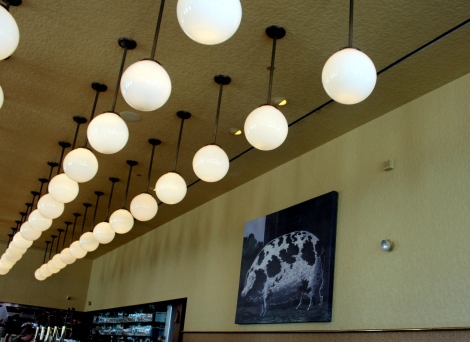 On a continuous quest to find food bigger than my head, I was shocked at the sheer height of this toast, embedded with peachy custard that was as fresh as it was flavorful, balanced with the crunch of toasty pinenuts. While I couldn’t fathom finishing the plate, it definitely met my expectations of culinary respect. 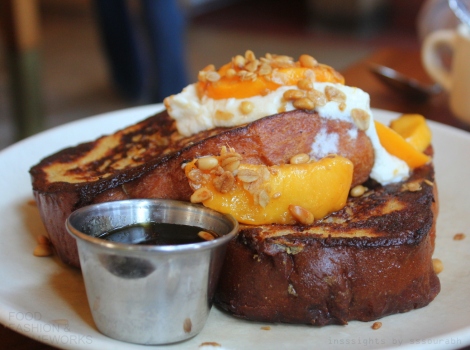 The fitness monster in me opted for a vegetable hash with a sunny side egg still cooking while it arrived. While not dismal, it didn’t rise above ordinary considering the under seasoned vegetables. But the kid in me goes nuts with childhood memories of sunny side up eggs, so I chowed through this in the name of relatively healthier munching.

Feeling sluggish, or let’s opt for piggish, I wandered out of the luscious barnyard and back into the city’s bustle.

It felt as country as possible without the sounds of a moo or an oink, but with the comforted appetite suppressor of this phenomenal city.