When was the last time a meal took you around the world?

Dining with a radiant Middle Eastern damsel in the potpourri city of New Brunswick in New Jersey on a winter day in a Polar Bear sweater, I was already treading the globalization trend amidst a polar vortex of sorts. For while sitting in classically unlisted cuisine swank, redefined from an old industrial building, I was unknowingly escaping on a trip to the culinary sights and scents of familiar territory. Intriguingly named The Frog and The Peach, an ode to a classic fairy tale twist, but with the Tim Burton modernism in its setting, I wandered in as an escape from the ever present winter, accompanied by a damsel of the desert. 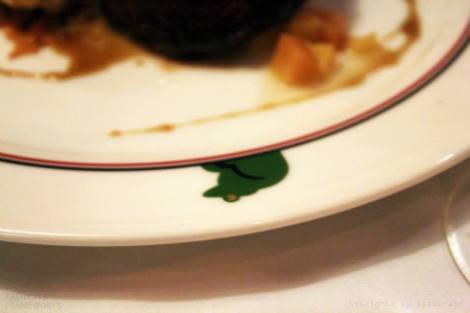 Being in radiant Egyptian company, we got the Zatar spiced flatbread with chickpeas, olives, peppers and homemade yogurt cheese. Despite an oily slick, the spices took me right back to a food tour of Dubai, and I would go as far as calling this the ultimate pizza sibling, for many know I don’t eat the devour-worthy snack.

We moved on to America’s favorite holiday spot: Italy. I’ve dined in Michelins of Milan and Rome, and I still find that Italian cuisine stops short of impressive. If there’s one thing about all things Italian that I salivate for, its good gnocchi. Ricotta salata, hothouse arugula, and preserved San Marzano pomodoro with a hint of sage were the bucket of party friends of a delectably roasted gnocchi, not as wet as its mainstream counterparts and not as crumbly as its elitist duplicates. Sumptuous and texturally inviting, I was satisfied on a winter’s night. The fairly ordinary parmesan noodle dish, despite being well peppered, fell pale in comparison, less nuanced by flavors and herbs. 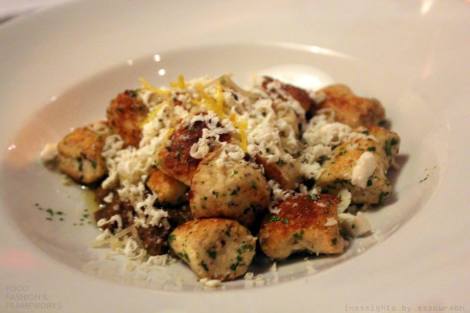 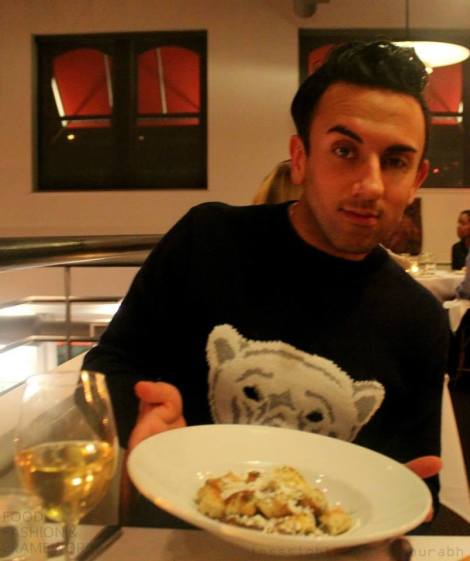 We went British with a gastropub dessert: Stick toffee pudding with dates and Earl Grey chocolate chip ice cream, with single malt honey. To say that this was a textural contrast of all times is an understatement. The sweet and malt combo with the undertone of tea and restrained sweetness of dates blended in harmony, not offsetting each other but rather complimenting. 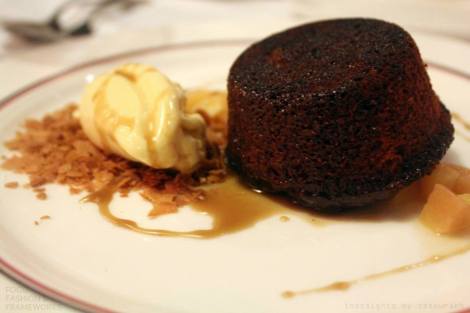 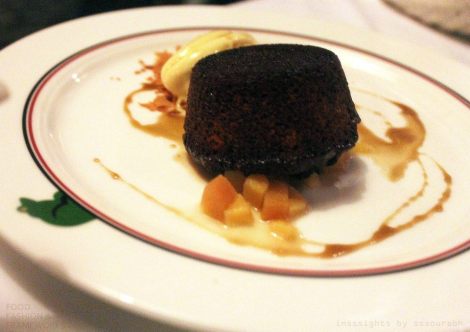 While the creme brûlée was probably my least exciting, owing to its plain vanilla quality, what accompanied it whisked my dancing butterflies stomach all the way back to the enchanting city of Budapest, where I first kissed Tokaj wine. Probably the best dessert wine I’ve ever inhaled. This was a deep Oremus Late Harvest Tokaji, of Hungary 2011, not saccharine sweet but enough to sip slowly. 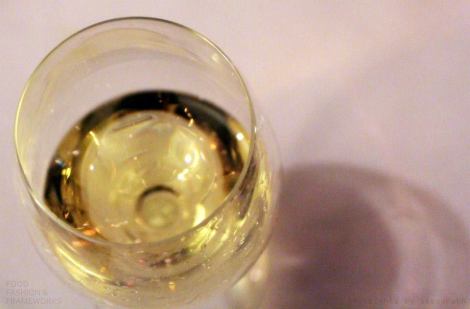 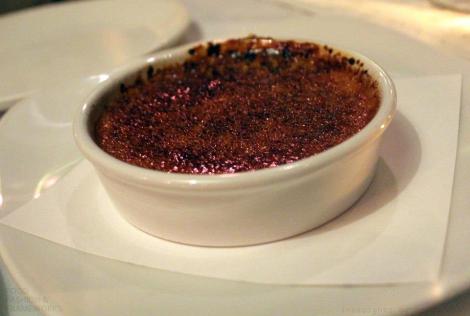 And then, grizzly as the bear on my shirt, we waltzed out into the cold to embrace another wintery night close to the Atlantic. Where not a bird stirred, nor a wave splashed, but where our bellies stayed humble. And jetlagged. 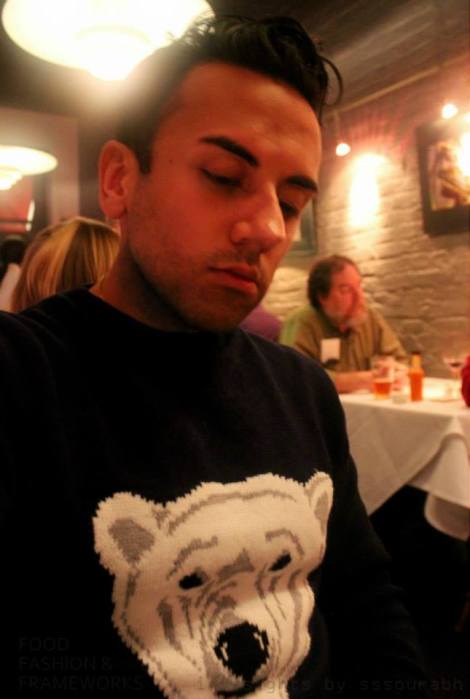