They say architecture is frozen music. But in San Francisco‘s epicurean lands, it even becomes food.

Off into a French bistro of sorts, quite a contrast to my Parisian escapades, for this one was in a dingy alley in San Francisco. Called Chapeau, it welcomed with a kitsch setup with a rose on each table, nonetheless it was founders Phillipe and Ellend Gardelle maintained an aura of 90s classic ambiance, with everything drenched in sepia hues. 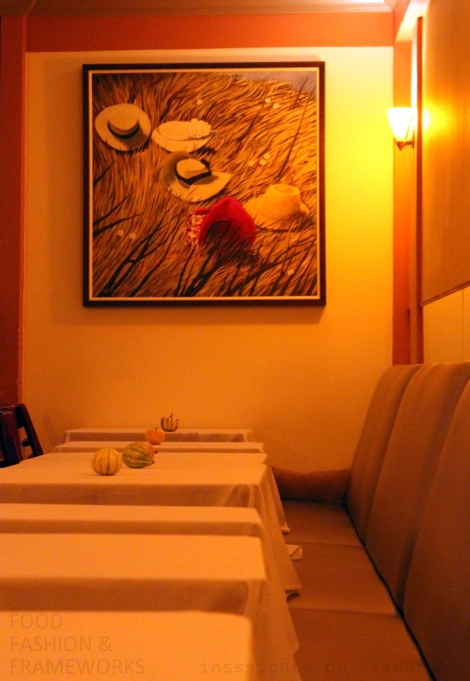 And perhaps my favorite element in all of Chapeau’s dishes was the attention to detail on plating decor. Hailing from an architectural background myself, I was beyond thrilled at the vertical proportions that the chef was able to accomplish with a grocery list of ingredients per dish.

I enjoyed the goat cheese napoleon, looking like an impeccable European palace on a plate. A polenta cake foundation was elevated with tomato confit, bell pepper piperade, and 10 year old balsamic glazed cucumber with basil oil. Off to the sides were streams of pine nuts, sage, and eggplant caviar. Of the many tastes on my palette, I most enjoyed the tangy sourness, for it cut through the gritty cake texture perfectly. 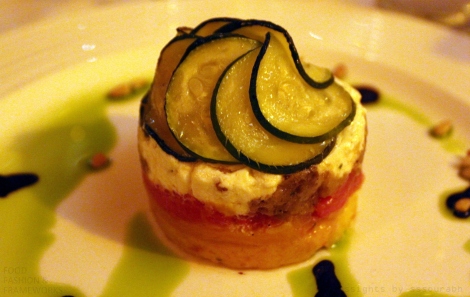 I realized that the chef had a definitive whimsy for plating design. For the baby pumpkin in parsnip puree came like a dream from my childhood – a full pumpkin stuffed till the contents tumbled out, and laced up top with a lid. The garnishes brought a character of their own to the plate: yellow corns and snap peas inside, artichokes, spinach and oyster mushrooms swimming in pearl onion mushroom sauce. The overall flavor was rather rich and buttery, but the impact was of a hearty, homemade meal. 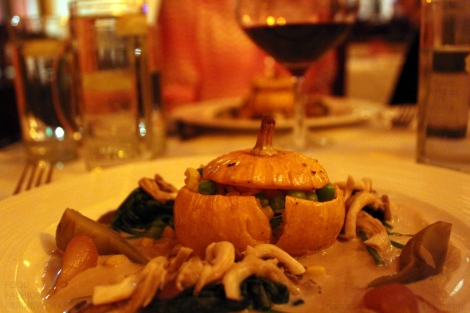 The baked Alaska, a classic sponged rum cake was entirely masked in Italian meringue, an initial turnoff, and not reminiscent of my favorite meals in Milan. Looking rather diner-esque, save for the sent of espresso ice cream and chocolate sauce, it was ultimately not my favorite owing to a plethora of sugar. Elevated further by candied toasted almonds.

The basil napoleon was better: with worldly fruits in its description, I wondered if the mango was from Manila and the pineapple from Maui. Further enhanced by banana, kiwi and strawberries, it was the lightly scented champagne citrus pastry cream and feuille de bric that added the textural contrast.

The nuage de noix came with roasted pistachios, almonds and hazelnuts for a delectable crunch, towering over frozen chantilly and Italian meringue, in an orange soup with visible fruit pieces. While as bland as classic French desserts gets, the textural and temperature play on this one was a saving grace: chilly, citrusy, and nutty. 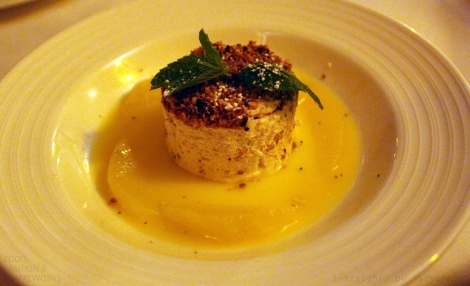 And lastly was the more Americanized classic of a molten chocolate cake, with a caramel twist and rum raisin ice cream. Sometimes, leave it to the classic to do the trick.

The evening closed with bourbon cocktails with citrus, much to the lengthening of a long night into the following morning. 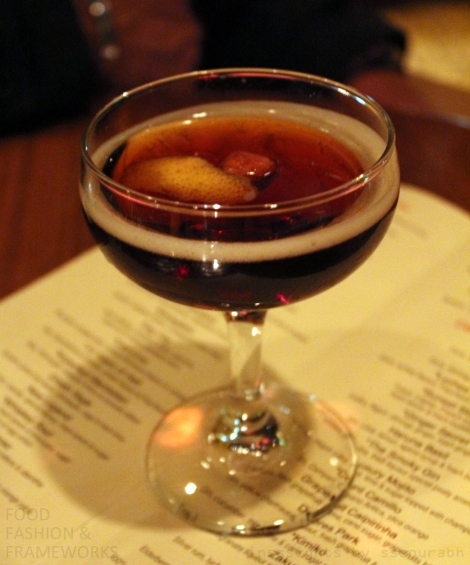 And thus concluded a lesson in architecture in my favorite culinary city. Giving architecture a new meaning. Lending food a new dimension.

21 responses to “Architecture on a Plate”