As Wilbur Wright rightfully put it, the desire to fly is an idea that our ancestors handed down to us, perhaps ponderously staring at the birds soaring through space, on the infinite highway of the air.

On one such clear sky day, I took to flying atop New York’s topography and architectural epicenter with some wise comrades and some simpler onlookers. Perspective is everything when elevation is your desire, so in hindsight, yours truly created nine principles for better understanding leadership when starting or creating something new. Or even when revitalizing an archaic concept to new levels.

1
Intelligence without ambition is a bird without wings

As Dali aptly put it, a bird without wings is a sorry sight indeed, and if your intelligence cannot be used to fuel anything, it is a rather similar creature. When viewed from a horizontal angle, New York’s grace is hard to inhale, and only after viewing it from up top does one realize that to build an empire, intelligence must fuel an ambition. So, have a dream. 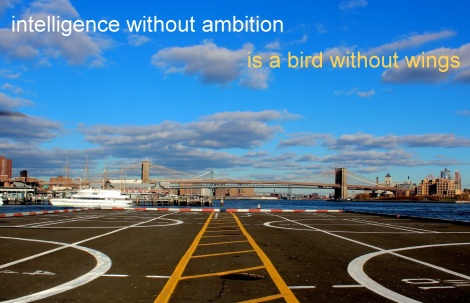 2
Preparation is the best handshake for opportunity

As once said in the world of sports and the likes of Bell, success is where preparation and opportunity meet. And preparation comes in many forms: due diligence, competitive intelligence, and even to the simplest of precautionary measures and visual details. And in a world of social and digital, everything from information to tips should not be difficult to track down. 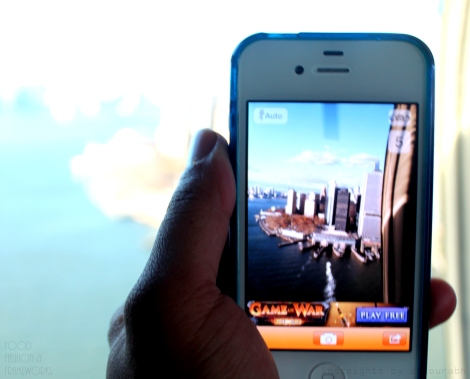 3
Have a vision and the sight and action will follow

As Helen Keller had said from her very own experiences, the only thing worse than blindness is having sight but no vision. There is no point in having sight when you don’t have a vision to drive a strategy. Only with a vision will the sight be of use, and the action follow. 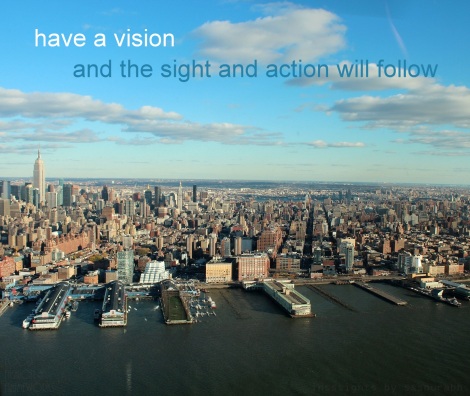 4
Elegance is the simplicity found beyond complexity

Collectively, things can get complex. Businesses, worlds, cities, thoughts. A collection is never too simple, but the art is to restore simplicity from complexity. When perched up high, New York is beautiful. And when exemplifying leadership, the simplest of ideas are elegant when born out of complexity. From Newton’s apple to the modern Apple, simplicity has been fundamental.

5
You can see how high the sky is, but not how deep the water is

Arrogance is often defined by those who levitate into the skies with an illusion that the ground they are rising from is what once boosted them: the soils, sands and waters. And can be the very ground that can break them if they fall to it. What’s remarkable about the port side architecture is that New York juxtaposes sky with water, respecting both instead of dismissing the latter. For without water, the sky would have nothing to look into. And as aptly put, you can see how high the sky is and reach towards it, but you cannot foretell how deep the water is. 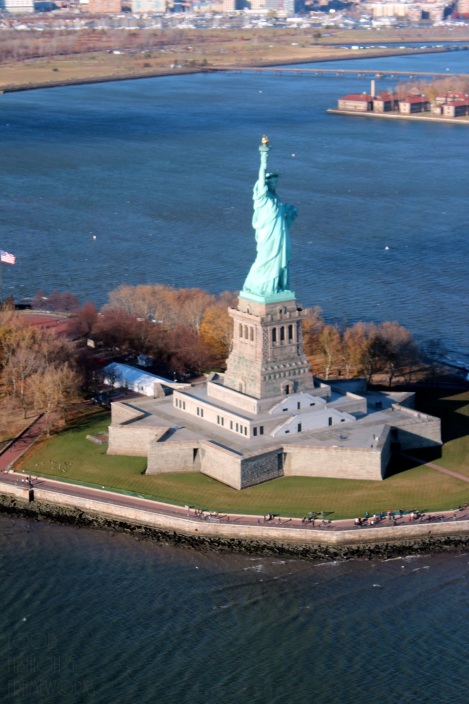 Twain’s quote rings well to mind when viewing some of New York’s iconic structures, and bears with it two lessons. Imagination is key to creation. You cannot do what’s already been done, and you can not aim to invent what is already invented. But similarly, you cannot let your eyes be your only guide, for they will only tell you what has been created, not what still can be created. Focus is of irrelevance when you have an imagination, but what is riskier is trying to focus with your eyes when your imagination is an obstacle.

7
Leave a patch of unknown, for it will bring new discoveries

Amidst the Legoland patchwork of the city, a lush density of Central Park was almost like a mystery in an otherwise technologically conquered world. Reminding me that as entrepreneurs and leaders, we must not always seek completion, control, and knowledge over all. It will be our undoing if we have wrapped up what we created. Leave room for the unknown, for these will be opportunities for growth.

Once cannot help but notice the marriage of trigonometric buildings with human elements like the Statue of Liberty, with rock solid buildings and masses of water, all of variant elevations. It brings to mind Scott Peck’s words to share our similarities, for with them we shall grow. But more importantly, to not make everyone the same as us as we lead: for differences are key to exponential growth. As Audre Lorde had once said, its not our differences that divide us but our inability to recognize, accept and celebrate those differences. Probably one of the most notable pieces of advice I have relieved and always give to others. 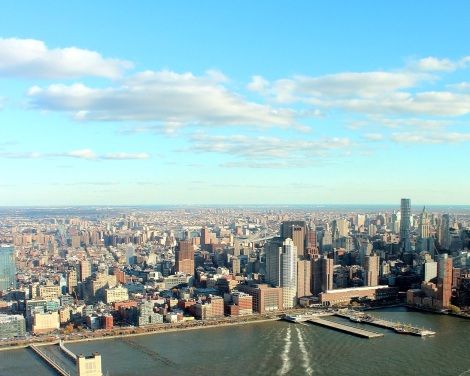 9
Acknowledgement is more important than the limelight

There are many statues and sculptures in New York that could easily steal the spotlight. However, almost personified as good leaders, they acknowledge the city for their celebratory status, they respect what lies around them, and share the topography in a well etched skyline. Good leaders are always assessed (not judged) by making their teams and their businesses shine. The wise ones know to best step back and let their teams and visions speak for themselves, often blossoming and coming to a mind of their own. Possibly one of the most important lessons for those who prefer to stay in control or take credit, but should rather step back and, as the British fad goes, keep calm. 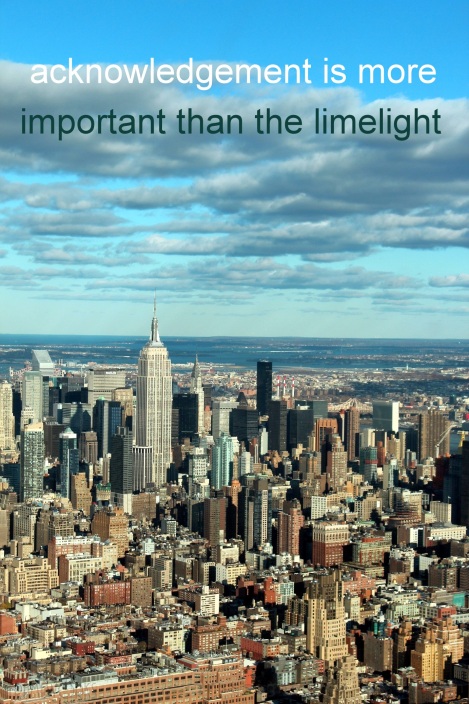 Ever flown into your own thoughts and emerged victorious?

14 responses to “9 Principles of Modern Leadership, learned while Flying High”