Without travel, you’re on the same page of a book.
Or something of the sort.

It was refreshing to see travel as a metaphor and inspiration for many designers at New York Fashion Week Mens (NYFWM). Two more runway shows took distinct dabs at the theme that clung to my lifestyle like a magnet.

Carlos Campos‘ collection was called “From Fields to Fashion” (Sin Agua No Hay Cafe), inspired by The Foreman (El Capataz), the native son of the coffee highlands who would return home in the Fall to take the crops to market. The character is one that exudes power and authority, but is elegant and sophisticated on his commerce journey. Many pieces were thus in the tan, coffee hues.

The collection was very utilitarian, taking inspiration from a uniform of sorts, with minimalism, well tailored fits. Every piece exuded a calm sense of structure. The capes were definitely a sumptuous trend, easy to layer atop denim or trousers, which in turn had a rustic tux feel with satin taping. Some even had the 90s cargo pockets, reminiscent of mountain workers. 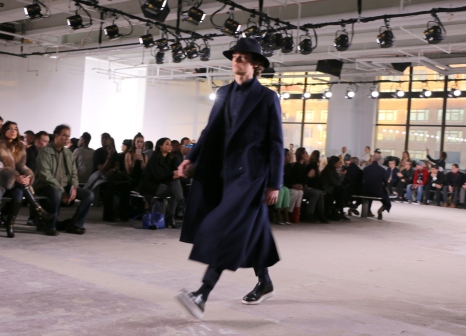 Midnight hues were very prevalant, a departure from the blacks, and resonating with a mystique that the traveler probably embodied with nightly travels.

I liked that the coats were on the longer end, both functionally fitting and flattering to the bodice. 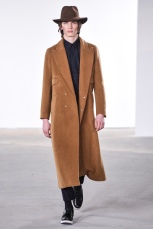 Winter whites, seen in previous shows, also made a cameo. With cottons, wools and natural fibers, the focus was on structure and flowing feels, enabling viewers and wearers to feel the authority of the namesake character. Compared to the blues, they stood out as inspiration from the skies which witness all the travel.

Taking a more futuristic approach to travel was South Korean Designer Bumsuk Choi. He chose to reveal a modern, edgy collection from General Idea, which was more reminiscent of outer space and future forms of travel, complete with plenty of globular and circular motifs. With my front row regular, it was a pleasure to take a peek into the future.

The first thing I noticed was the abundance of spherical metal orifices in shirts, bags and even hats! Almost bug like, and partly alien like, it was a fun way to break up the monotone and texture with the best use of metal since the evolution of studs. 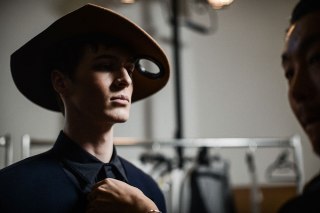 Longer and boxier indigo and grey coats were also trending, similar to the previous show. Though instead of structural, these were funkier; with geometric shapes on oversized sweaters, tone on tone patchwork on coats and a wider frame to all of them, there was solid use of surface area that is generally more abundant in menswear. 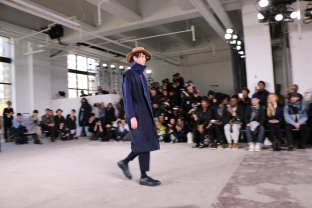 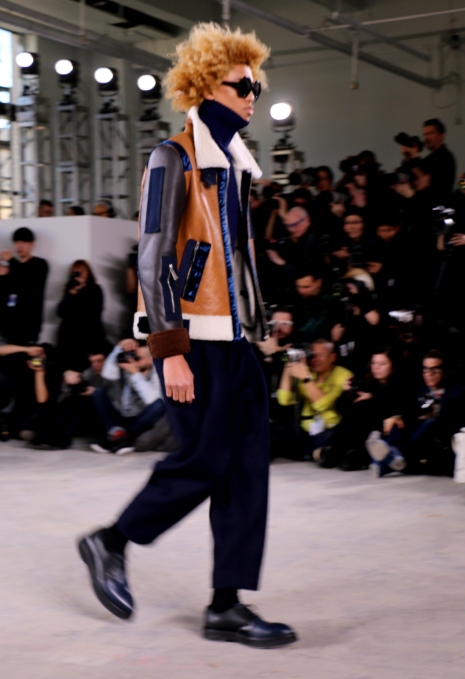 Iron on sheen and gloss patches were also a textural trait of the collection, making the plainest of sweaters and jackets and bombers immediately funky. “Penetrate Instilled World” was a grunge style motto, but probably the funniest of all was the jacket with a tongue-in-cheek sign on the back saying “Penetrate”. These too, were often in lighter and whiter tones. 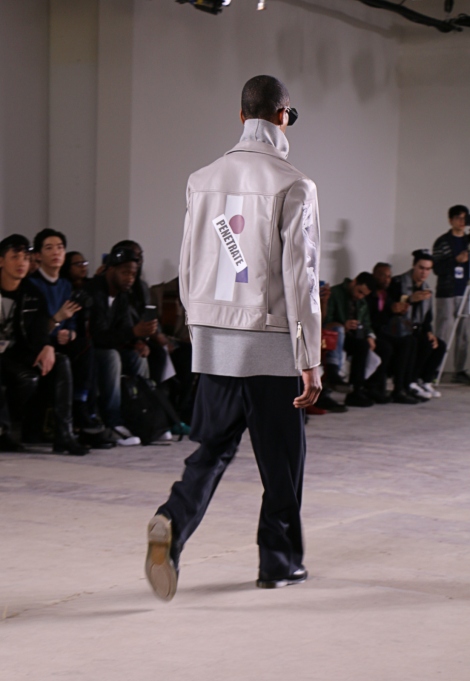 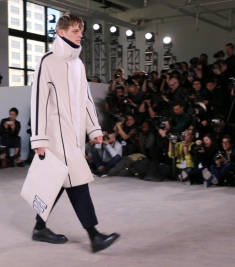 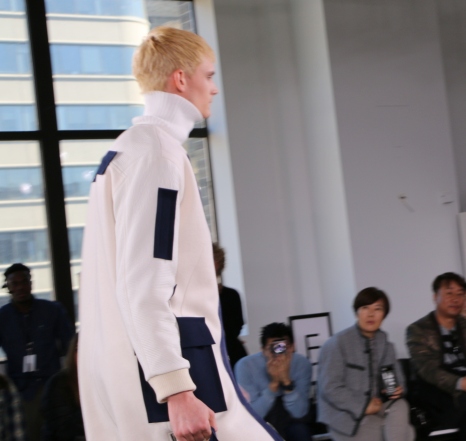 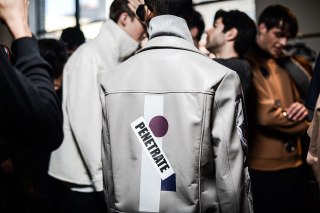 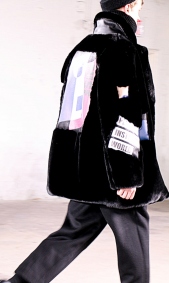 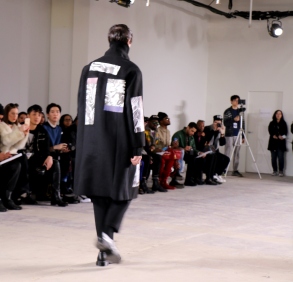 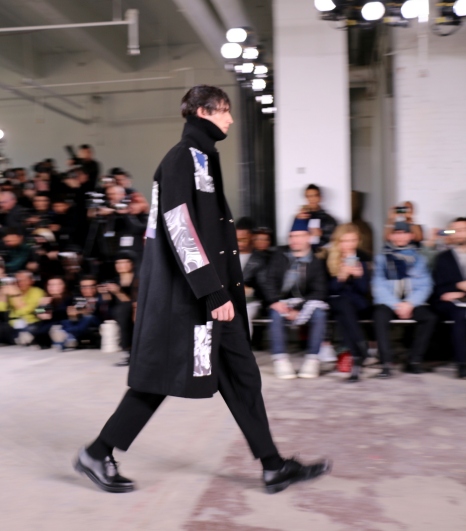 Definitely bordering the edges of funky nightwear and contemporary streetwear, it was a refresher to see creative funk amidst the otherwise sartorial collections. The textures on the outerwear were an inventive mix too, with a matte leather, a dusty suede and a tarnished sheepskin, with suede and satin patches making for a regal, glimmering and overall futuristic statement piece.

Thanks to Essential Homme and Carlos Campos Press for visual collaboration.
What’s next for travel?