Is it really still a question of feminism and masculinity in an era of tech, modernism and equality? Apparently so.

Politics has been the theme of every New York Fashion Week (NYFW) runway show, from straight up direct to subtle notions. Namilia, known for societal metaphors towards women, continued to define women in bold, brash and serious ways that placed them on par with men on many fronts. As quoted by the founders, women now need to be dressing in a masculine way in order to be taken seriously. This season continues to redefine power and innovation in a quirky, metaphorical and brash way, empowering women to do more than just battle, but to be free spirited and wild. 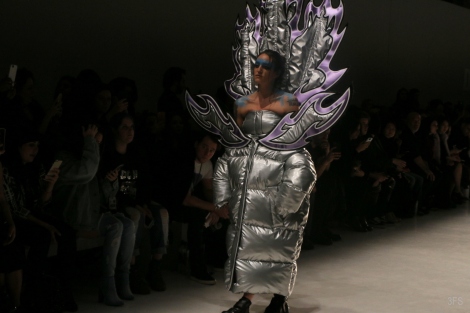 Founded by Berlin based designers, they have always catered to catchy and provocative designs, which in this economic climate, are overly political too. The them was to resist against the “Trumpocalypse” that has overcast the nation. Several outfits were imprinted with the letters and urging viewers to join (or continue) the resistance. 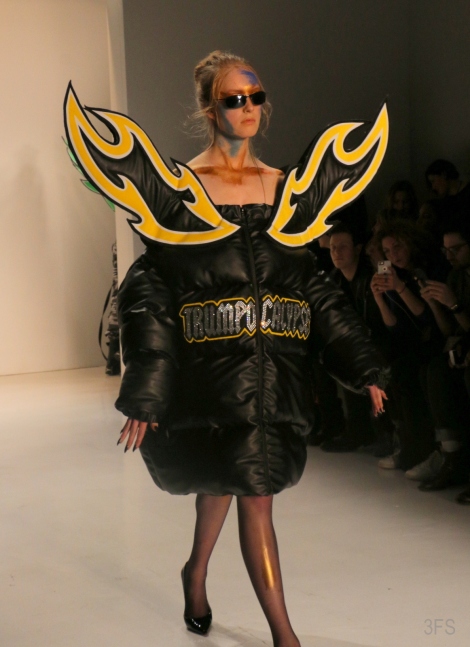 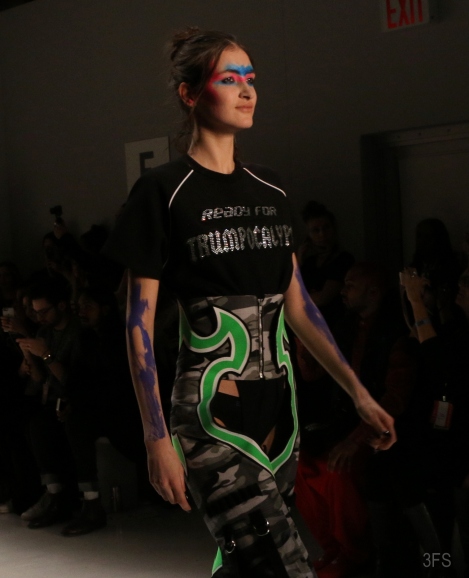 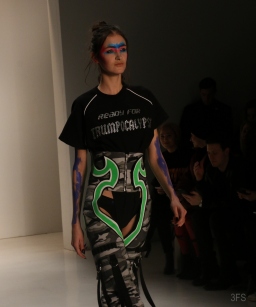 The signature ‘dick-ini’, a penis shaped motif, was structured on skirts as a lace fabric fastner, on bras as a bikini cover up, on gowns and jumpsuits, and embelished and embossed on jackets. The metaphor places women at equal with men on more fronts than just careers and politics, including sex, violence and free spiritedness. It worked as a way to reverse gender roles and stereotypes, and enable women to play with sex, too. 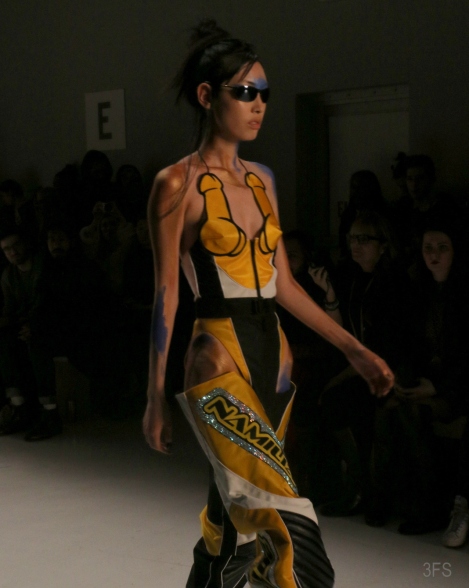 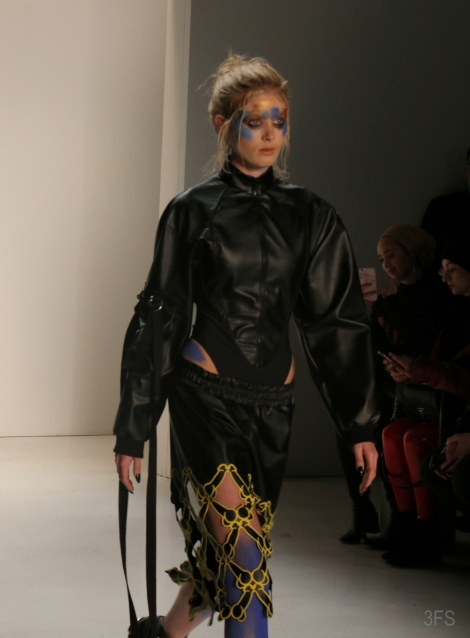 Being a fall collection, there were several oversized garments, many in puffer jacket material in bold neon or silver tones. Silver flames and an octopus-styled dress made for bold statements, which despite being impractical to adorn outside of red carpet events (where wearers would have space, mind you), definitely called the shots for creativity. From a poetic level, these were in fact protection barriers from the sexism and negativity that was overtaking the political field. 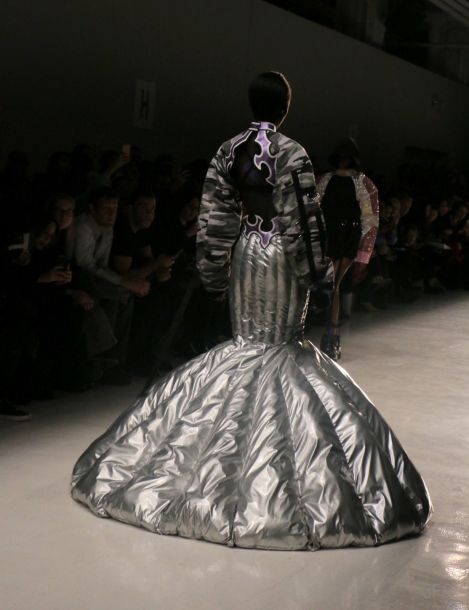 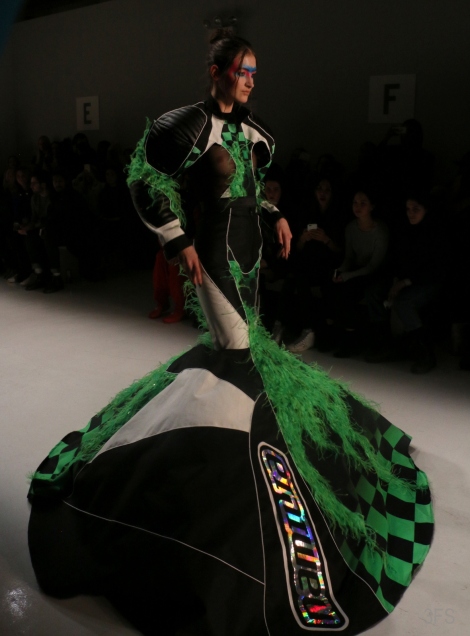 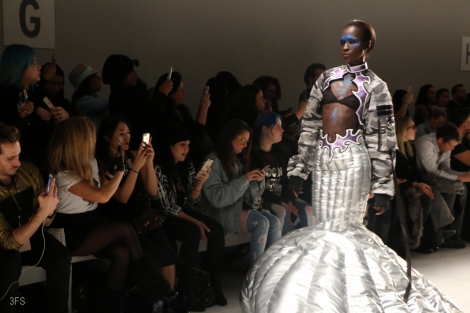 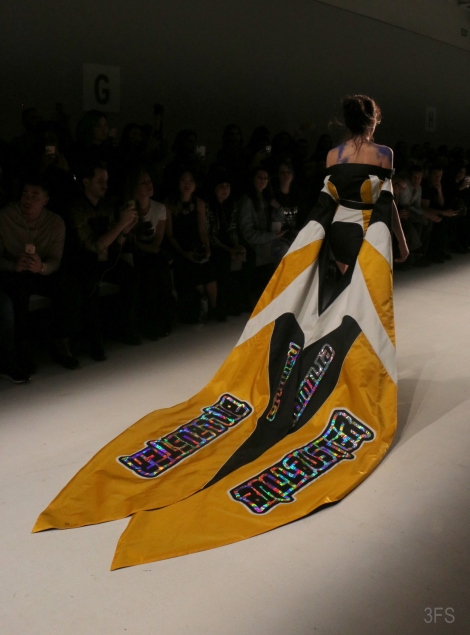 I liked the fact that the collection spoke of confidence and and utter dismissal of norms. For while the women who adorned the clothes would be judged, would they care? The nonconformist attitude made this collection a deeply moving and whoppingly successful one.

Tongue in cheek styles by @_namilia_ at #NYFW. With #trumpocalypse signage and genital shaped details in sequined finery. 🍆

13 responses to “The Bold and Brash Women of the Resistance Era: Namilia at NYFW”