Colorful vibrancy is my aspirin.

For whenever I’m feeling pensive or lowly a dash of bright color as a preference, likely owing to the Indian heritage. It gives me a sense of optimism, which was in perfect parallel to Robert Geller‘s collection at New York Fashion Week Mens (NYFWM). 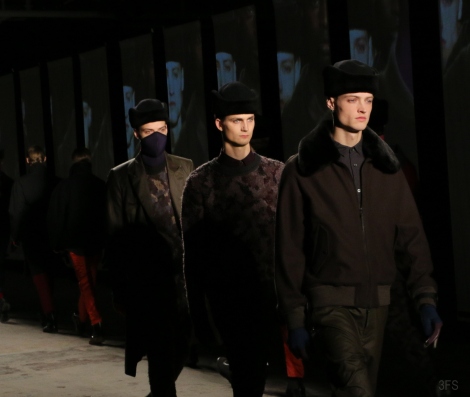 With a legacy of German styles, which I have observed as independent, spunky and vibrant in their own military way, was celebrating his 10th anniversary, and based a series of looks based on the political climate. Once again, politics and protest made for an inspiration in runway fashion. 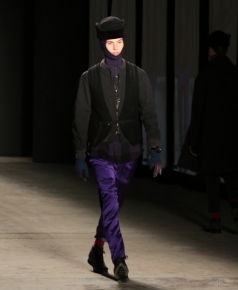 Similar to his last season where he focused on the 80s of Berlin when the city was being torn apart, this time too, he focused on a country torn between love and war. Both the US and Europe are in critical times, and he was inspired by military cuts and dark colors, with bright neon neoprene ski masks and face covers, similar to what I’d seen when escaping tear gas in Istanbul. Only these were in his signature neon pink and red hues, alongside the trousers and joggers on several looks, making them a mainstay in my personal wardrobe of bright elements. He backed the style up by needing to have hope in a season of protest. 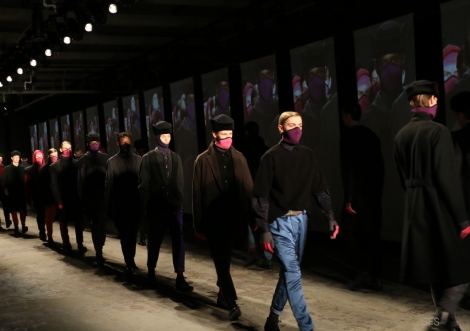 The collection was breathtaking, with several black sweaters and coats, often with shoulder pads or tassels on the shoulders, subtle but adding to the male silhouette, with Russian inspired hats to match. There were several sweatpants and trousers in glowing orange, bright purple, silky blue or bold red, all loose fitting and sultry with the light. 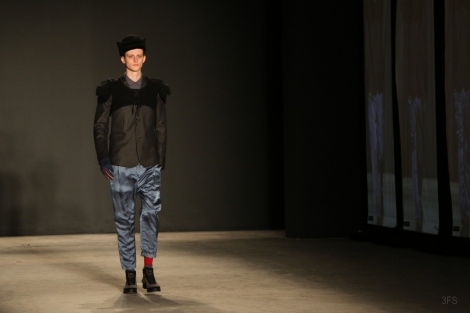 A few hooded sweatshirts in red broke the monotony, as did a particular paisley style cool mauve and purple and brown sweater. On closer inspection, some of the hoodies spelled out “LOVE” upside down, referencing more the need to give and take love than Valentines Day, I presume. 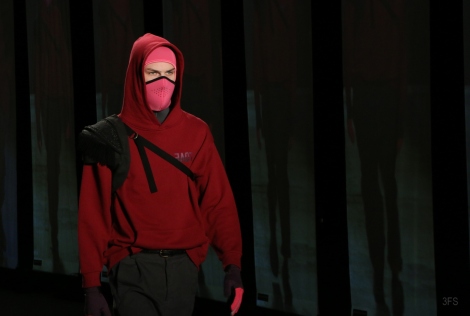 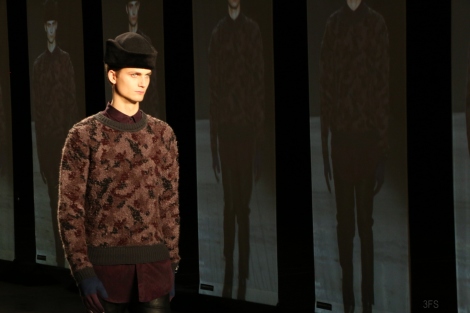 Some pieces departed from the staple black and a bright hue, like a wine red and purple camo style formal coat, or the abundance of chocolate brown varsity style jackets with red edging, or a curious brown blazer with black fur collars. 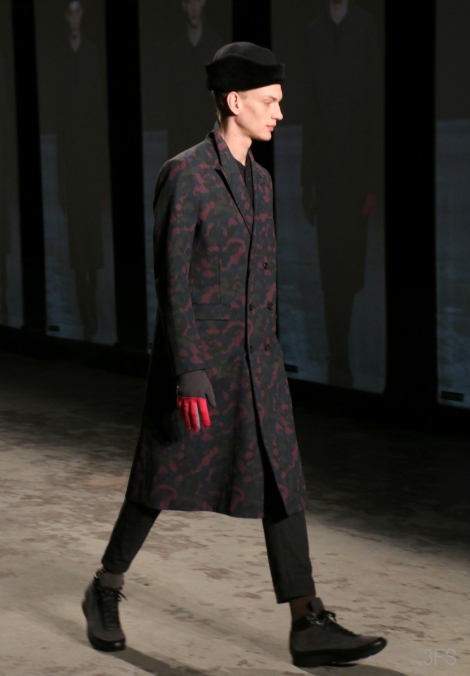 Edgy, well crafted and definitely more dramatic than some of the more laid back collections I had seen, this 10th anniversary special showed that Geller makes his clothing for the man of distinct taste. And one who loves his neons as much as his detailed accents.

I.e., clothing made for me!

14 responses to “Torn Between Love and War: Inspirations of Robert Geller at NYFWM”