When history is absorbed as stories, I rarely forget it.

When darting around Rome, precariously avoiding tourist traps, my wandering imagination thought of the valiance of the  Flavian Amphitheater, now known as the Colosseum, with 100 days of games, including gladiatorial combats and wild animal fights. While thriving for 4 centuries since 80 AD from Titus onwards, it languished due to neglect. Bringing to mind the strength of remembrance framework and why my answers to all my present contemplations are always in history.

One also wonders, that aside from socio-political reasons like the official religion of Christianity or natural disasters, what could have possibly caused the gradual change in public tastes that caused gladiatorial combats to disappear, which, despite their perceived magnificence, were likely a harm to animals and marginalized humans. Nonetheless, a slice of history disappeared by the 6th century A.D.

I wandered past it and some rather ornate pink sightings, omenic of my floral arrangement in my upcoming palace, starkly stacked against walls of dead vines. The array of steeples and cuboid buildings en route glowed in the sunlight as I made way for my thoughts to lead. 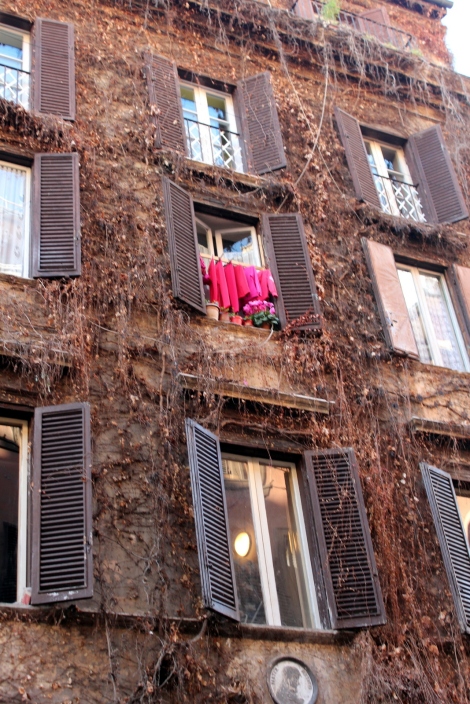 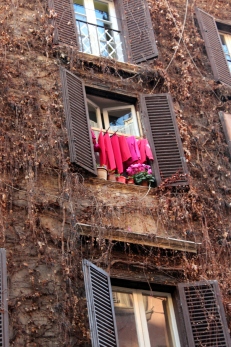 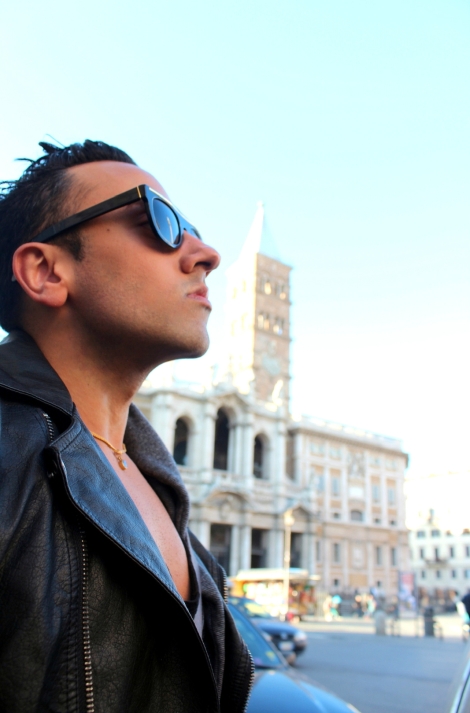 I perched myself right across from the enchanting Colosseum, on the Michelin Star rooftop Aroma, in the Palazzo Manfredi. Roman-born Chef Di Lorio ensured that the flavors of local Italian ingredients married his creative sensibilities, all of which matched the glinting sunlight that made the space a slice of heaven in a crowed city. My table was adorned with pink tulips and a crisp white tablecloth, transcending me into my own wonder world as I glared at Rome from my sunglasses and leather demeanor.

The bouche amuse was an eggplant parmesan mini with a dollop of tomato lavender sauce. While not the biggest lover of eggplant, except for in obvious renditions or excursions, this one was in a minuscule portions with the florals and bright sauce soaking in the rooftop sunlight and delivering a mouthful of savory pleasure. The accompanying bread was in classic, fresh and steamy form, as well as an XL toasty buttery cracker.

The main brought the heroic asparagus back to the forefront, an artistic and architectural vegetable  of sorts. In flan form, it was a transition weather favorite, with poached eggs, shaved truffles and fresh Italian tomatoes. On slicing it open, the aroma of cheese and brilliant natural greenness of the veggies was indulgent, creamy and salacious. Piping hot, it required many sips of Pinot Noir to cool down. 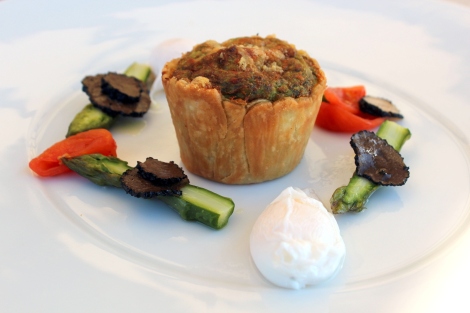 Dessert was once again, a French-Italian favorite in spongy texture: a soufflé. However, the sweet and salty sound of a ricotta soufflé, the rich denseness of which was cut with an artistic swoop of dark chocolate sauce, sparkling citrus tangerine sauce, and honey ice cream. A juxtaposition of hot and cold temperatures, crackling and smooth textures, and sweet and sour flavors made this one a party and a playground in my mouth, all at once. 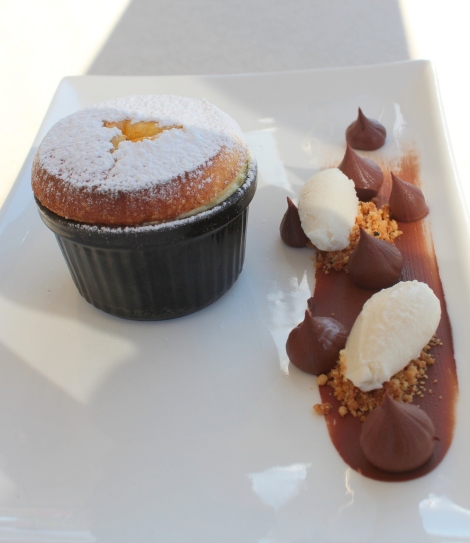 To think, as I gazed into the sunlight and the giddy eyes of onlookers, there were possibly hidden tunnels under this magnificent sculpture, and may love stories and battles that drifted away like sand in the air.

One response to “Sunlit Rooftops of Rome: Michelin Succulence and Gladiatorial History”