Some designers simply evoke a sense of walking into other worlds.

With a penchant for all things Italian, two designers that were transportive in their vision of their respective collections of Milan Fashion Week (MFW) SS18 used color and nature to their advantage in relaying a simple tale of timeless style.

On Missoni‘s 20th Anniversary, aptly titled #Angela20, there was an interesting crusade of women wearing capes, speaking of politics via fashion, a common trend in NYFW, as well as giving women the pedestal of superpowers in a flamboyant role reversal. Underneath a canopy of rainbow hues that cast a luscious array of color in Missoni’s signature stripes, the runway consisted of models in distinctively eccentric outfits, mostly stripes at that. There were an array of dresses, lace slips, sheered lace and sleeves in contrasting blocks of color, frocks and short storks of sorts, as well as monochromatic outfits complimented by floral accessories and wide straw hats or trigonometric tent like headpieces in signature stripes. Most of the dresses were transparent, giving ample teasing eye candy and curved around the market for fit bodices. Jumpsuits, shorts and bell trousers also made their appearances, in inevitable pastel hues and sheer fabrics. Other accessories included light knits, bustier tied sweaters, pale cardigans, which acted more functionally in minimal coverage. The overall feel was a daring, breezy and light one, perfect for summer cocktail hours that blended into sultry nights. There was a dash of menswear too, with fierce colors adorned by street style clad men who adorned more technicolor outfits. From sweaters to denim style jackets to shirts and neckerchiefs, the menswear spoke of more prints and matching, again speaking to a switch in perceived notions. Overall, with a splash of color which is my sweet spot for fashion, it was an exhilarating statement to the world after 20 years of success.

The greater your storm, the brighter your rainbow. 🌈 @missoni #MFW show set draped in fabric and fantasy, celebrating 20 years of #Angela20 in #Milan. 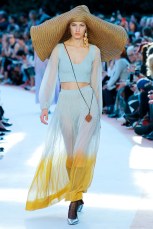 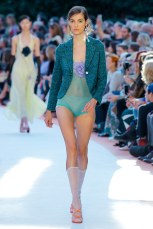 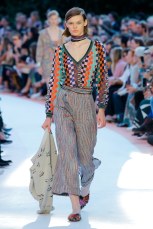 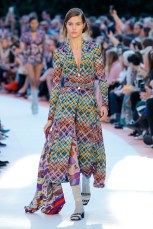 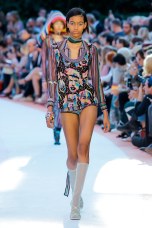 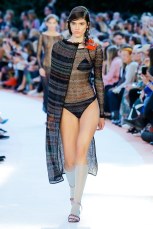 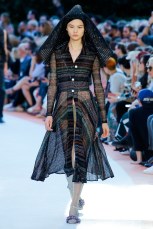 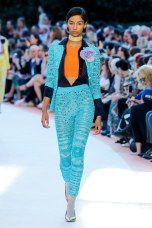 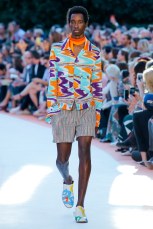 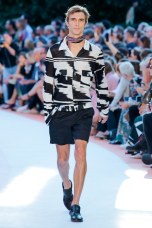 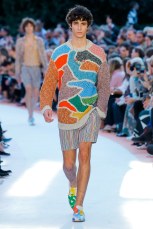 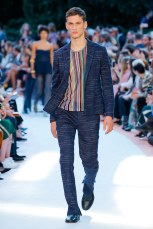 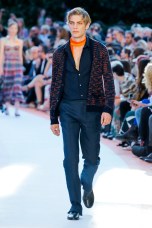 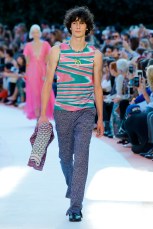 Ride a unicorn and chase a rainbow. 🌈 @missoni signature stripes at #MFW for the #Angela20 anniversary.

Ride a unicorn and chase a rainbow. 🌈 @missoni signature stripes at #MFW for the #Angela20 anniversary in #Milan.

Scenography has been a forte in Milanese shows, and the Jil Sander show had a fully white landscape of open air vividness with a setting sun in the backdrop to radiate off the clean, stark and sober collection. Contrasting the former show, it was a minimalism that was layered with texture and detailing, which made for a beautiful runway collection. There was also a very trending interplay of gender neutral and cross-gender clothing, what with masculine angles and cuts mixed with feminine swaying fabrics, with interchangeable clothing between both male and female models. And so there was a majority of white clothing, with floor length shirt dresses, funky sleeves, fanned pleats and button ups, sometimes paired with slits and slippers. Overcoats and trenches in a navy hue with skinny belts in black leather were almost similar to a gothic or religious statement, but with the loose fits and flowing cuts, they worked to convey luxurious comfort and impeccable style. The oversized signature shirts by Sander had pleats, puffed sleeves, and were paired with loose fit pants, often styled with belts to relay a sense of versatility. They were often paired with suit jackets in boxy cuts, adding to the loose fit suit trend that was seen in so many shows. Sheer sweaters and asymmetric embroidery on a few navy and white dresses added to the textural variety of the line, while the color monotony gave way to a few tan and mustard pieces, like leather pants, suede jackets, and a pop of woolen green, blue and yellow to remind us that we sat in an open air space, between the flocks of nature for a simple, stylish and timeless runway. 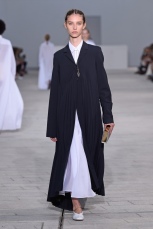 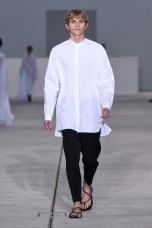 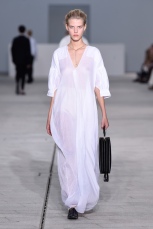 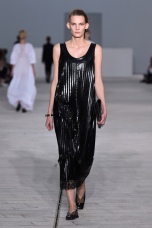 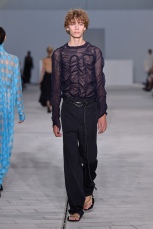 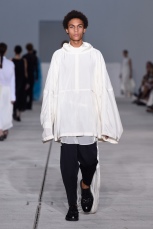 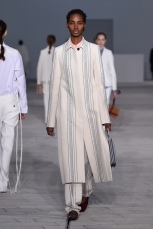 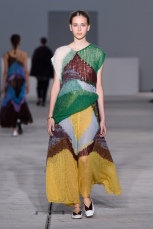 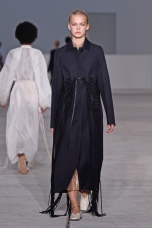 The @jilsander show at #MFW with the backdrop of a setting sun in #Milan.

What an inspiring way to spend a day in one of my favorite cities, Milan, soaked in the splendor of color and natural light throughout.

9 responses to “A Timeless Tale of Vibrant Colors and Natural Palettes: Missoni and Jil Sander at MFW”