Michelin Stars and triple desserts in one seating and cocktail bars aplenty. But cooking?

I do have a decent albeit untrained chef’s streak that has much to be improved on, especially with my mother‘s exemplary experimental cooking as a benchmark.

Which is why I was thrilled when the producers of Food Paradise TV asked me to be a guest on their vegetarian special show, Cici’s Food Paradise, which airs on NTDTV (New Tang Dynasty TV). Cici’s is a story of inspiration, who has been a TV host, producer, writer and chef who was raised in Southeast Asia and moved to New York shortly after, and has been in the food and media world since 2009.  Finding unity in food, she created her show and pulls together the best culinary traditions in the world to create a world of culinary happiness. All around her kitchen and dining table! 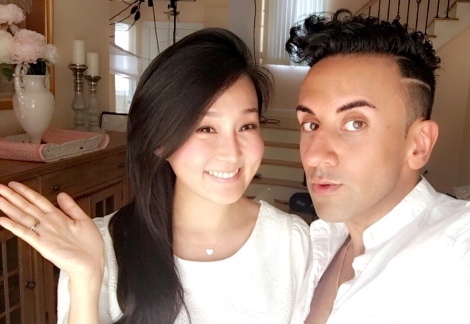 We chose to cook Chinese hot pot, given that it is a fairly easy and memorable dish, which is also vegetarian, given my culinary preferences. The full episode of the show is available on YouTube.

And that was a wrap! Connect with Cici on her social networks, and watch this space for so much more!

Plus my comic timing at attempting to eat noodles, Asian style!