The difference between ordinary and extraordinary is … extra!

Christian Cowan epitomized this notion with the sheer level of maximalism in his debut collection at New York Fashion Week (NYFW).

With theme colors of shiny black and sparkly white for nightlife alongside bright red and neon green like a winter season on steroids, I was most excited by the sheer quantity of glitter and oversized sequins used on the outfits, even in gold! There were suit sets aplenty, often adorned sans blouse and with neon insertions or sequin linings or covered in lame. Monochromes like a bug style PVC green bomber or short shorts with a cropped jacket showcased how to style yourself in one hue across several pieces. Some were definitively over the top for the faint hearted, like mesh metallic dresses, crotch cropped pants with matching underwear, fur coats with neon light hearts, a red sequin trench-coat and frantically frayed oversized sleeves on a cropped metallic. Nonetheless, they spoke to a party-centric animal in all of us! 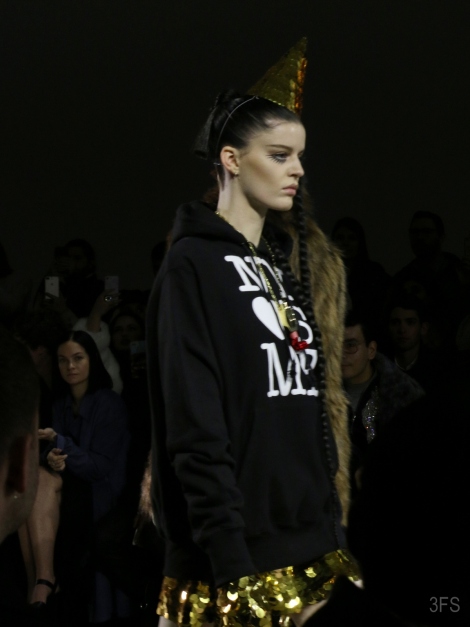 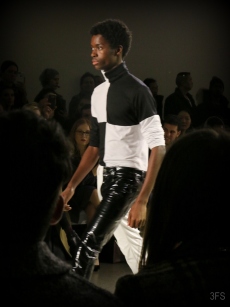 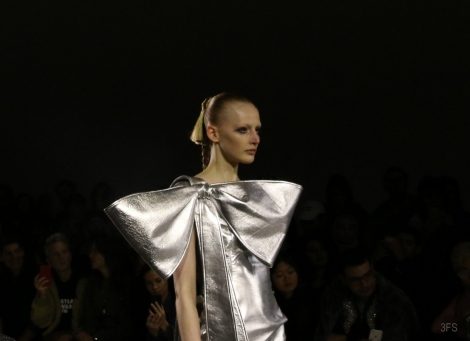 Some of my favorites included the enviable checkerboard theme made popular by Vans, presented one mens and womens styles in PVC, leather, joggers and jackets, rhinestone calf-length boots and oversized lapels.  An infusion of gold and silver, with a hint of orange, amplified the collection and made it comparable to several other brands aimed for the nightlife culture and late night soiree seeking thrillists in people. 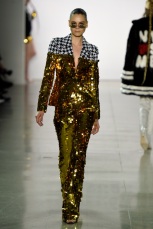 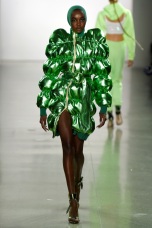 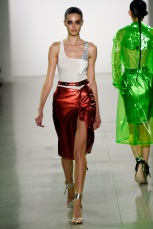 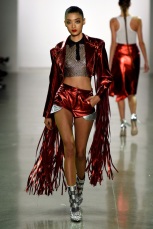 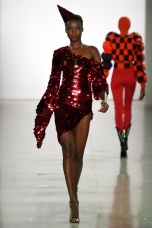 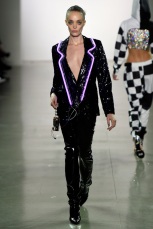 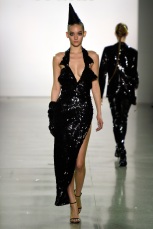 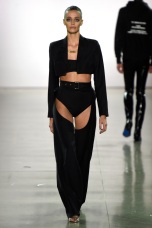 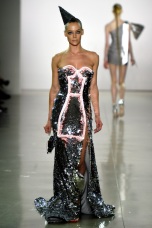 My OOTD matched, too. So, where is the after party?

6 responses to “Sparkly, Sequined Maximalism by Christian Cowan at NYFW”