My wanderings to the eastern most points of Asia in China brought me much wide eyed exclamations and an inherent sense of peace. While I will continue to deliver my eye-opening revelations and my understanding of the sanctity of a tea-churning, spirit-forming country, I obviously will commence with my adoration for the food. Quite an extension from my cameo on Cici’s Food Paradise to cook up a hot pot! Many had incorrectly told me of the lack of vegetarian options, but I am a true testament of being a picky food critic who found all his meals, fully vegetarian, which were beyond sumptuous and drenched in localized ingredients and flavors. As a wise man had once told me, never trade authenticity for approval, and I was elated at having followed my own path, not just in my travels but in life. 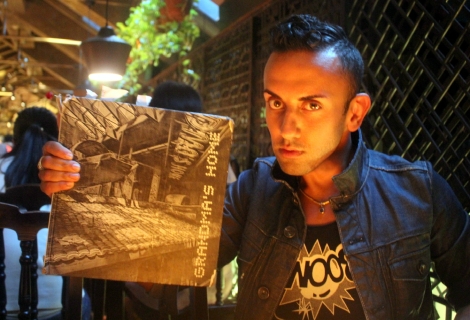 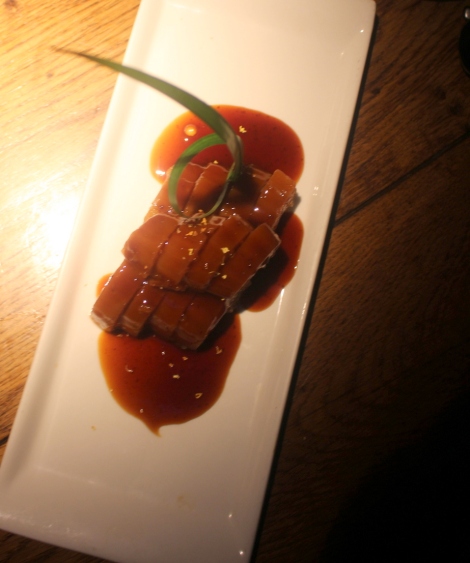 The first of cities to start with was the capital of East China, Hangzhou, a short outpost from Shanghai, and known for the Grand Canal and the UNESCO World Heritage Site, West Lake, alongside the famous magnificent temple. Which in certain ways reminded me of my spiritual wanderings through Amritsar’s Golden Temple in India. 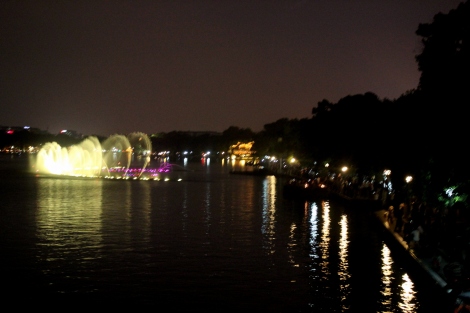 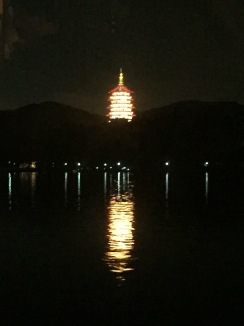 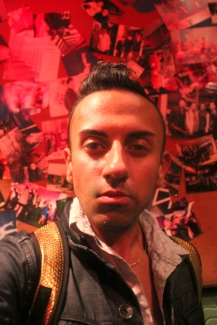 Before these though, I ventured into a local recommended spot, Grandma’s Home, for a series of many, many tasty bites which, while I needed help pronouncing and ordering, left me elated with yummy glee. Filled with artwork from yuppy Chinese characters and a plethora of Chinese dolls and music in a dark lit space with neon lights, it was the cozy yet nightlife vibe that made my Western self instantly comfortable. 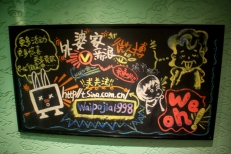 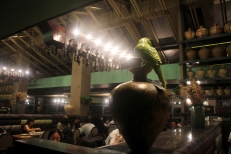 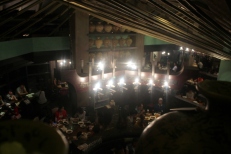 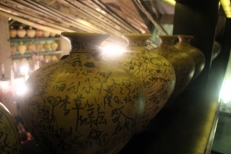 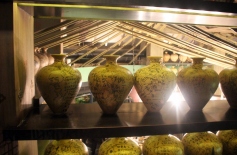 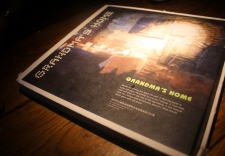 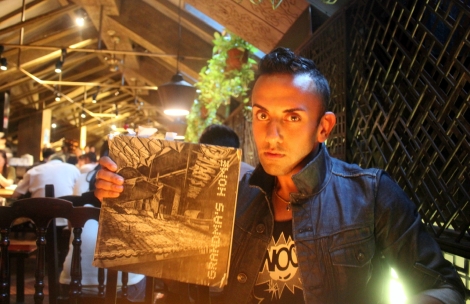 There was the Chinese yam with osmanthus sauce, essentially like a spongy potato in apricot-flavored sauce, which was the closest derivative to the ingredient. It was fairly carb heavy, and came in cuboids and architectural blocks that made for easy gorging. 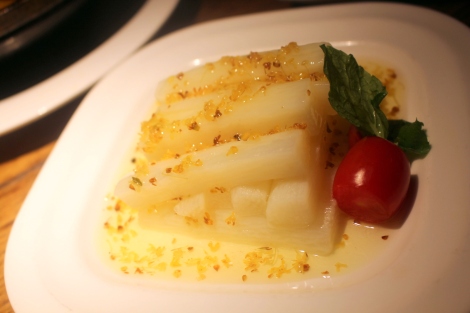 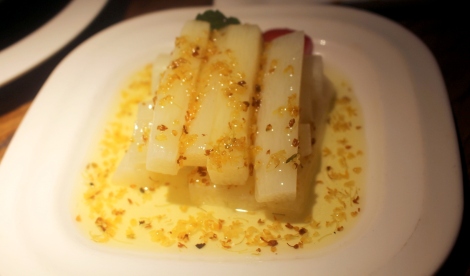 The steamed lotus roots were one of my favorite local dishes, more so owing to the mathematically challenged shapes of the lotus roots, soaked in soy and filled with glutinous sticky rice. The combination gave it a textural fluidity, making it instantly elevated from its sweet-and-sour roots. 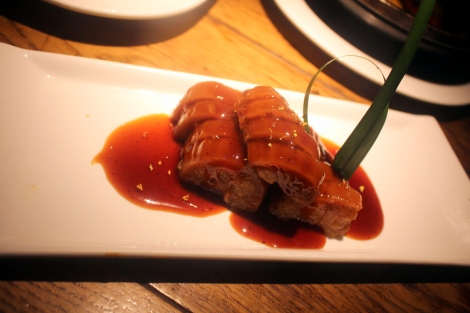 The more comfortably known mainstream dishes were the sichuan spicy tofu, one that I had gorged worldwide, but which came with natural authentic bounciness in the tofu, and one of the spiciest of flavors and visible red chili flakes that left me feeling like a fire-breathing dragon! The sautéed string beans mixed with peppers were a crunchy side that retained much of its liquid fibrous vegetable flavor. 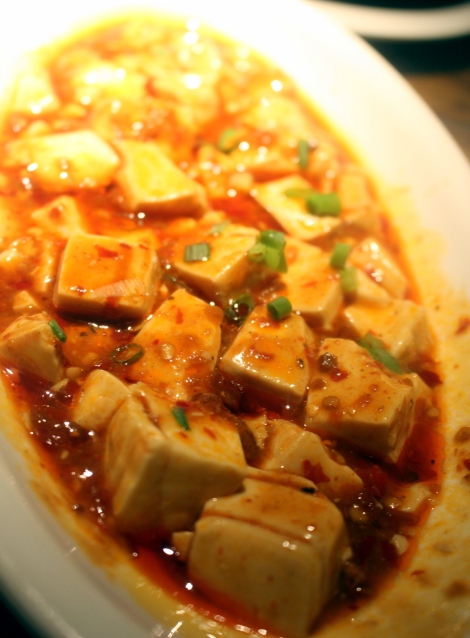 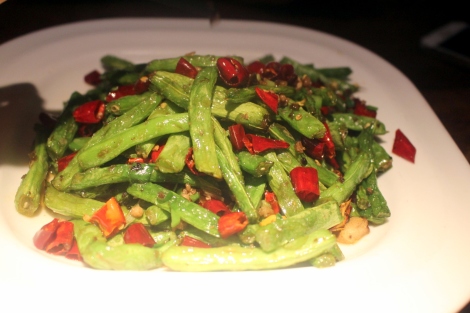 A more Indianized dish was a plate of fully hearty sautéed potatoes with pepper iron wok, served in the steaming hot iron cauldron which had a deliciously crisp exterior that was literally sizzling upon arrival! Who can go wrong with elevated spicy potatoes after all? 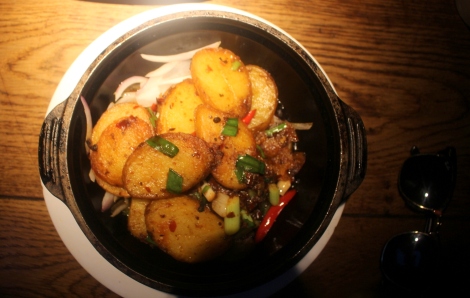 For dessert, I opted for the local favorite, shaved Asian ice, this time in peanut flavor. It was like a combination of peanut butter in a completely juxtaposed texture of melting ice, which ate like a powerful frozen explosion of flavor. 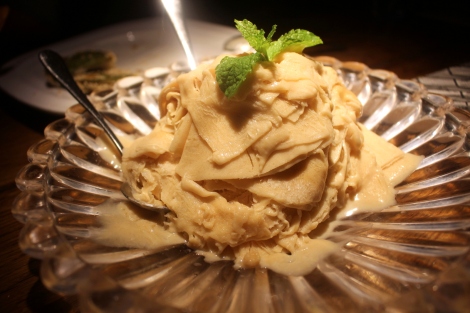 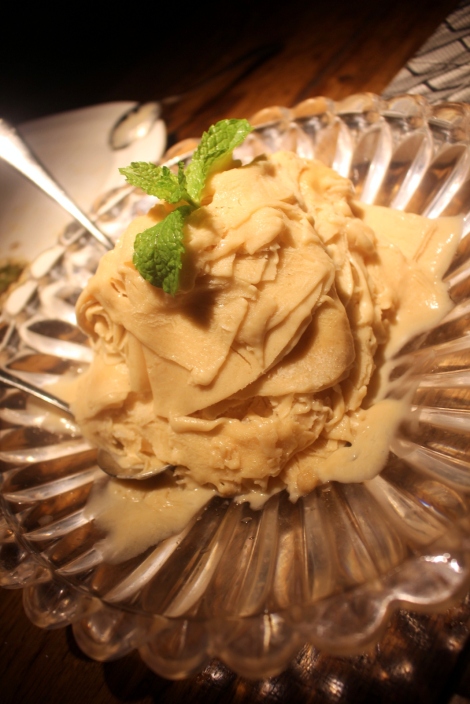 The signature dessert, owing to being in tea country, were the green tea cakes. It was a specialty dessert with the pan fried cakes coated in white sesame and filled with molten green tea mixture on the inside, with a hint of the citrusy pomelo fruit, who’s tangy flavor cut the density beautifully. 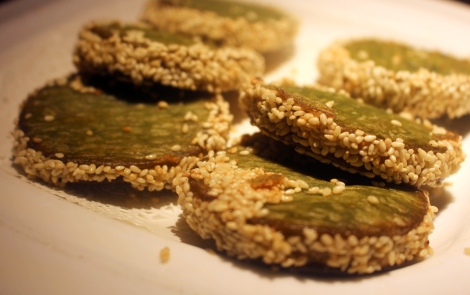 I have never traded authenticity for approval, so I would completely endorse venturing into cities outside of the mainstream… if anything, then to inhale the local foods for a penultimate sense of joy!

3 responses to “Never Trade Authenticity for Approval: Nibbling at Grandma’s Home in Hangzhou”