Red is one of them. I heart all clothes red, and although close to my obsession for gold and leopard print, it outshines all other fashion trends I come across. So imagine my pulsating heartbeat when I found red, gold, silver, leopard print, black and white – almost in exclusivity – as an entourage in in one runway show by Misha Collection at New York Fashion Week (NYFW). Truly a force to reckon with. 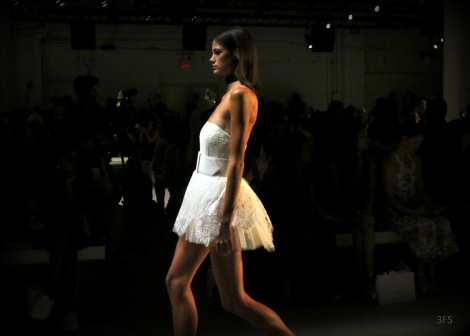 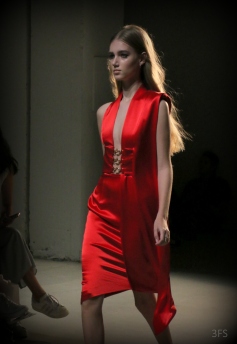 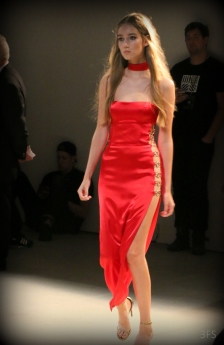 Michelle Aznayorian’s Misha Collection has quite the celebrity following, from the Kardashians and Jenners to Jennifer Lopez, Gigi Hadid and others. With svelte, bold and sexy cuts, interlaced with metal where possible, hers was a collection of red-carpet-ready ensembles in almost unanimous monochromatics of aforementioned tones. For those seeking to look like their celebrity idols, the clothing usually translates into retail at Nordstrom and Neiman Marcus. 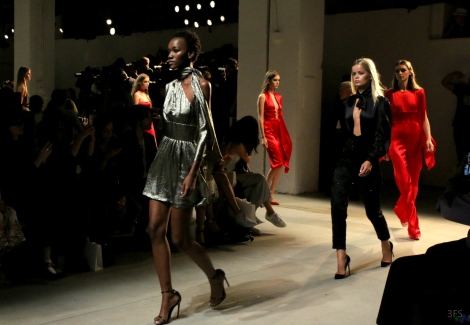 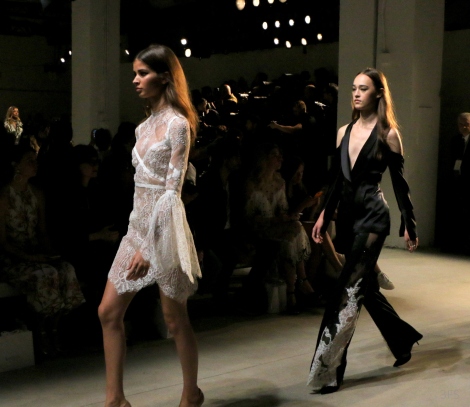 Even though it hit the runway in between the others, the red scene was my favorite. The girls were in all red, including shoes and matching gloves. An all red one piece jumpsuit was to die for, and the two red dresses revealed entire bustiers or, to a voyeur’s delight, the entire side profile of its wearer, from behind gold locks. The gold metallic fixtures blended seductively with the lusciousness of the bright red. 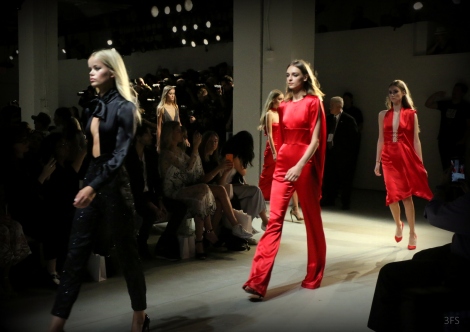 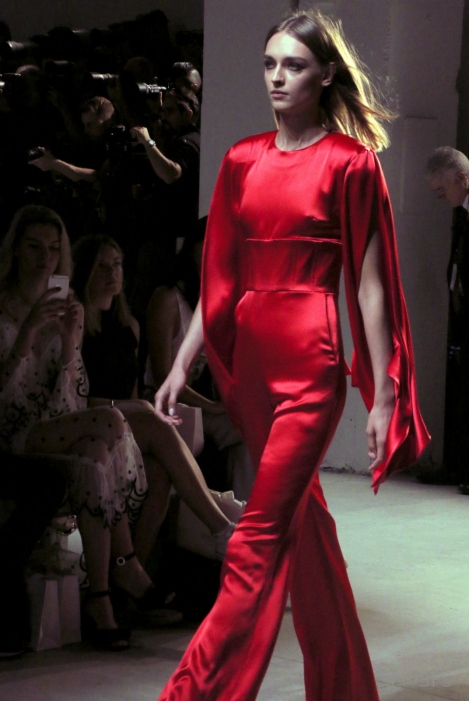 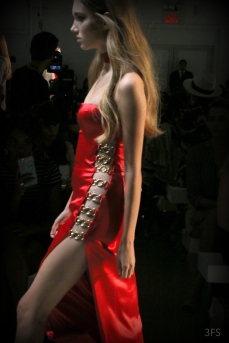 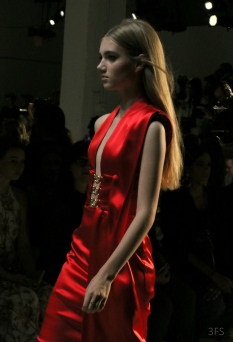 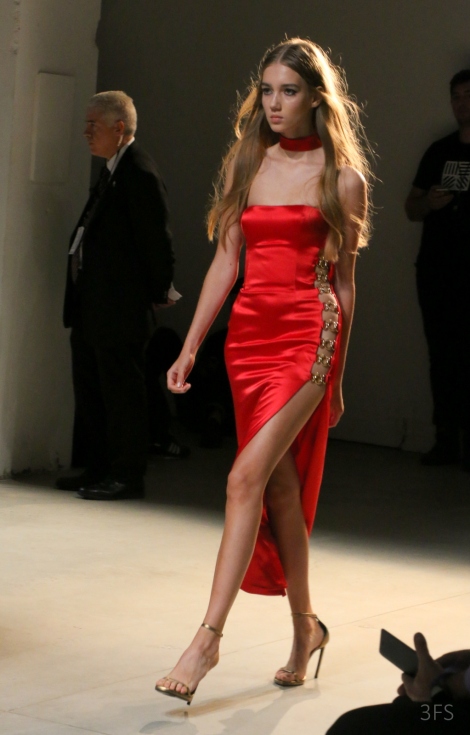 There were the laces, seen in several other collections, inventively placed as white accents on black trousers, or, to a tongue-in-cheek effect, as the entire top of bottom of short runway dresses, leaving nothing for the imagination. Sticking with classic blacks and whites kept these pieces classy and sensual all at once. 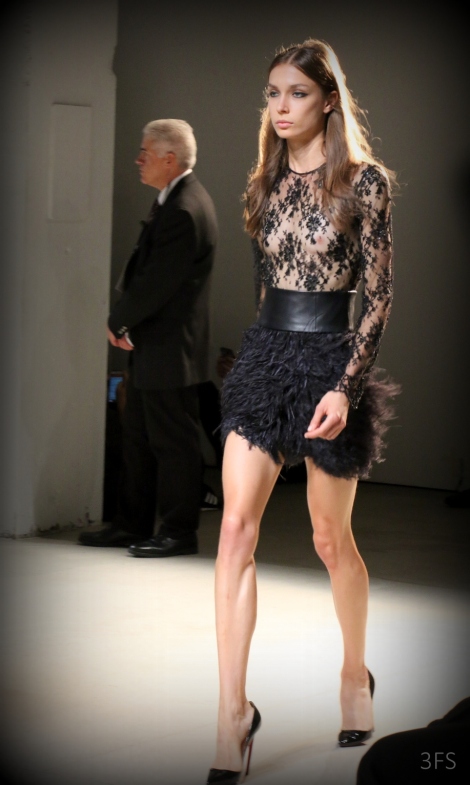 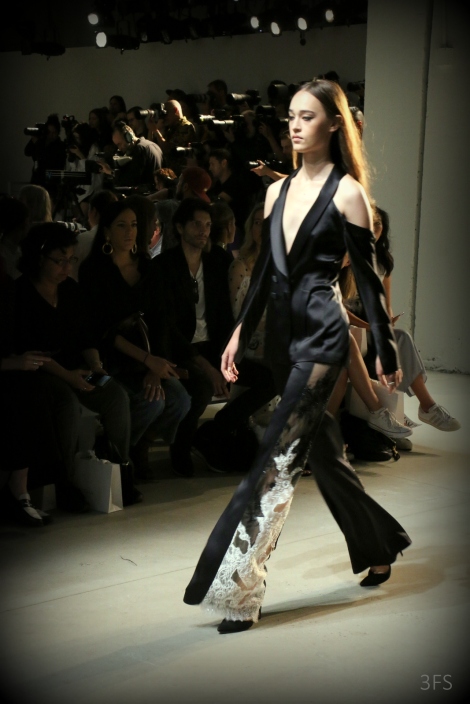 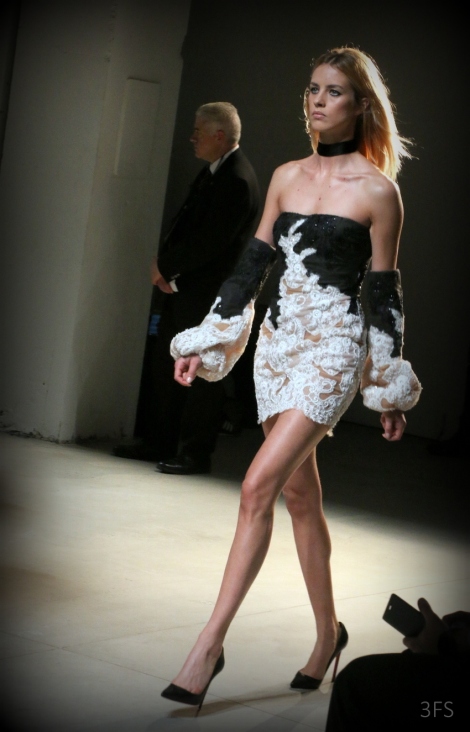 With whites, the collection explored an interesting criss-cross weave-on-weave technique on a dress, as well as a feather trimmed long-sleeved frock. Another interesting piece had cutwork fabric with an all-white belt to distinguish a well cut tube top from a solid skirt. Lending texture to whites through fabrics, the outfits screamed for attention, and definitely acquired it in dollops of stares and audible applause. 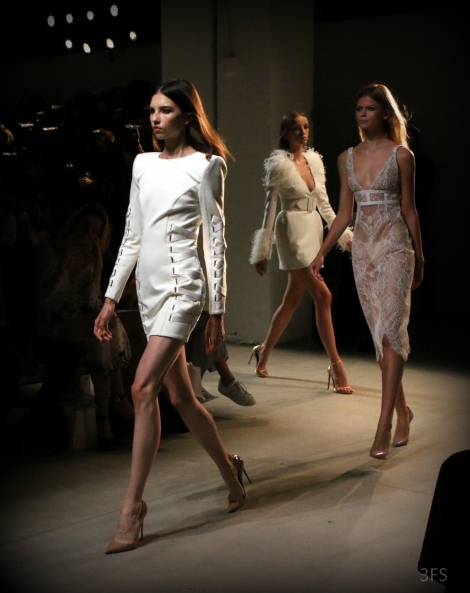 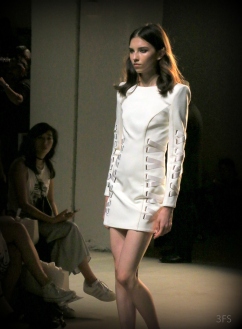 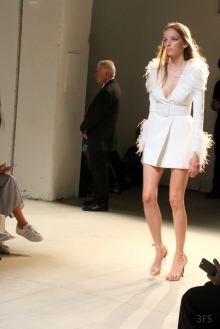 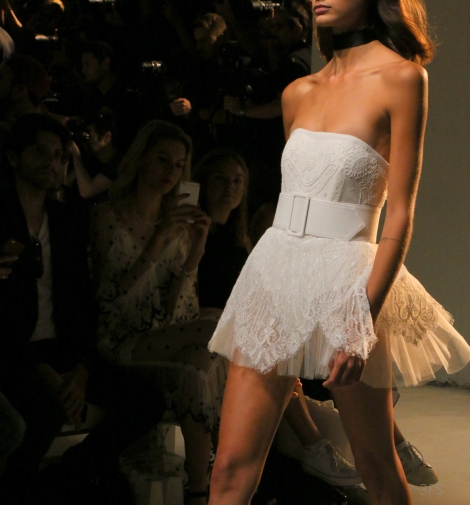 The black dresses followed a similar trend, with strapless designs, curtain like tails, flared sleeves or leather accents, fluffy sleeves that gathered around the sleeves, and long blazer-dresses with feather lining. The strapless designs or provocatively cut dresses and skirts with sleeves continued with gold accents or metallic silver. One open front shirt drew much attention, and was touted to be a front-runner for a celebrity Oscars debut. The cuts were completely asymmetric, leaving ample room for a single, entire leg, or a peekaboo of backs and other elements of a well toned bodice. 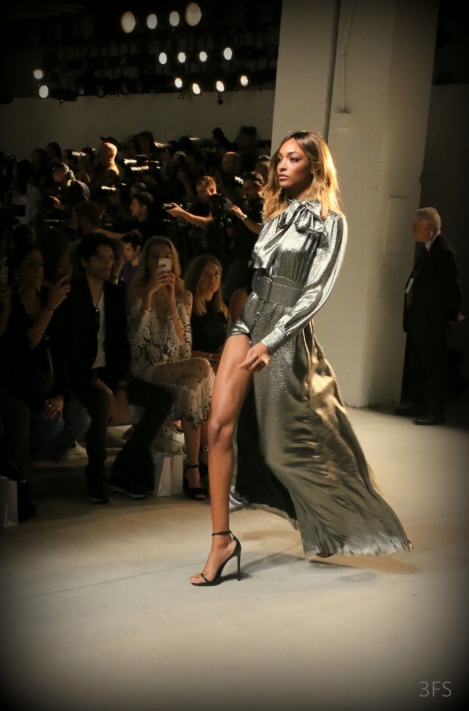 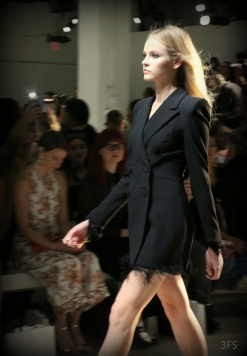 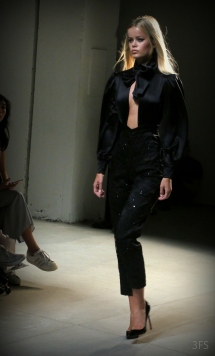 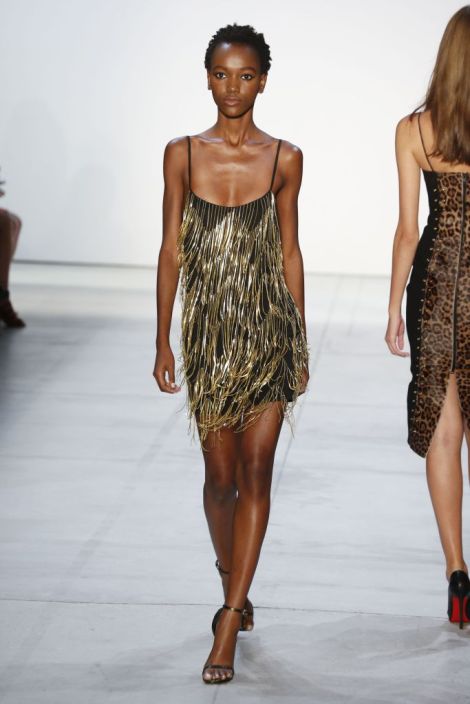 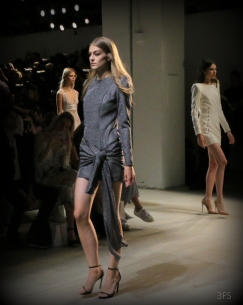 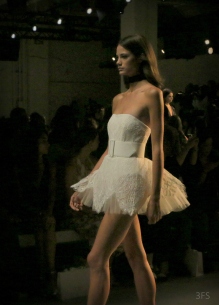 And then there were the leopard femme fatales, in coats and dresses. While the dresses were similar in style, with a leopard print front surrounded by corset style drawstrings and a flared tutu effect, the spring coat was the true testament of success. Not only did it look sharp and entirely wearable, but it resurrected the fact that leopard print was here to stay. 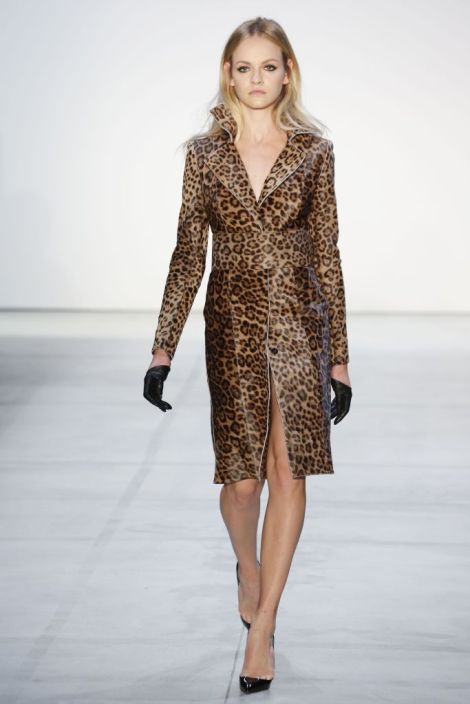 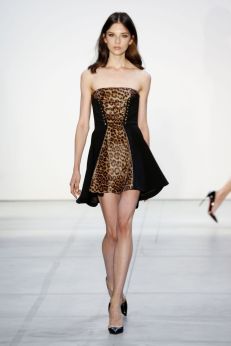 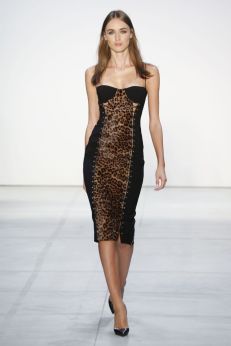 Runway ready and aspirationally celebrity-like, the juxtaposition of fringes and deep Vs and imaginative cuts and infusions of metal left many speechless. Misha Collection was truly an example of how sexy and classy can coexist seamlessly.

I think the key was in asymmetry, the code to all inventive design. 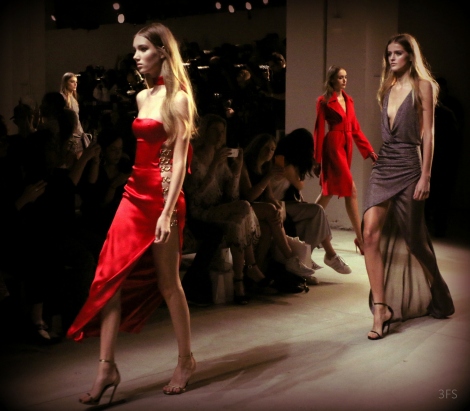 GO BEHIND THE SCENES | Watch all the action on and off the catwalk at our @NYFW show. #MISHACOLLECTION #GOLDbyMISHA #NewYorkFashionWeek #NYFW