My motto in life should be less bitter, more glitter.

I literally epitomize some sort of inspiring optimism, as I’ve been told, and am seldom found without something that glitters or blings people in the eye. Which is why I was thrilled to see that Ryohei Kawanishi embraced bling for boys in LandLord‘s third season at New York Fashion Week Mens (NYFWM) – and how! 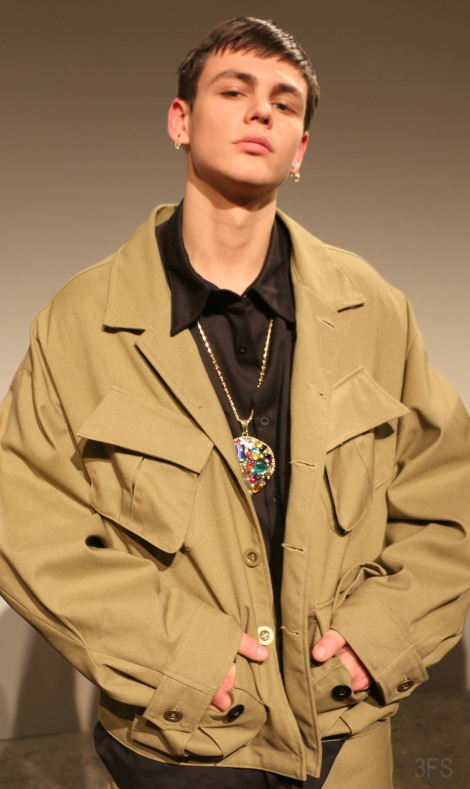 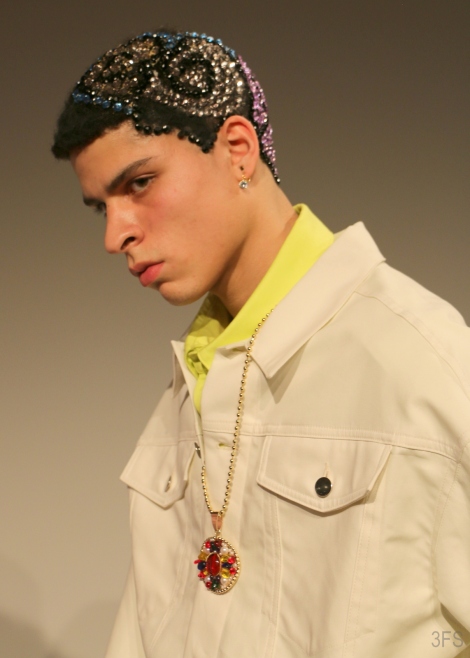 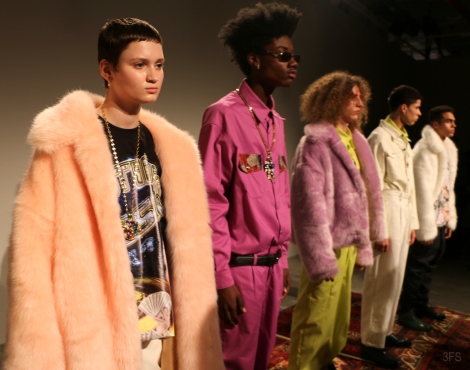 The inspiration was from his neighborhood in Harlem, New York, with hints of style from the hip-hop fashion scene of the 90s, with influence from Southern hip-hop artists, thereby similar to another recent presentation that merged music with menswear. The combination was an electrifying blend of street style with utilitarian cuts.  The immediate impact was that of bling and oversized work shirts. Many chests stood sturdy with chain medallion with studded jewels, and even hair jewels on a plethora of the models which made for a rocking look. 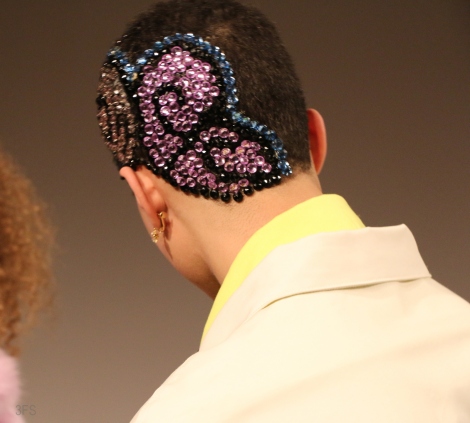 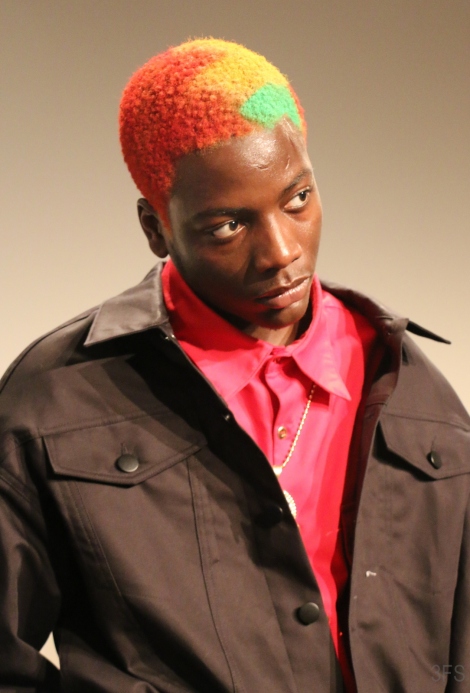 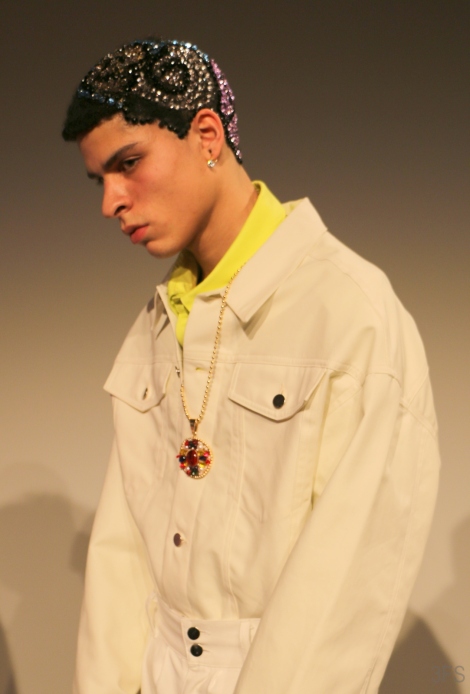 The inspiration was from the Saatchi Gallery of London, where the artist’s work was reminiscent of Texas based Pen & Pixel, who designed diamond encrusted hip hop album covers. These were consequently seen on all the brightly printed and bejeweled tees that the models wore under brightly colored outerwear. 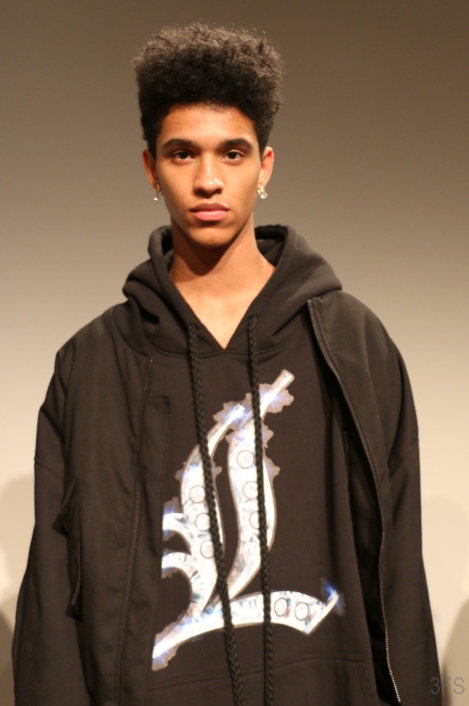 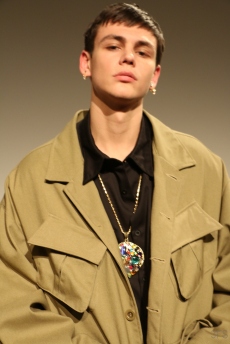 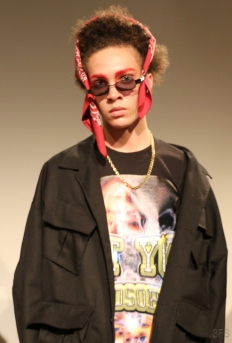 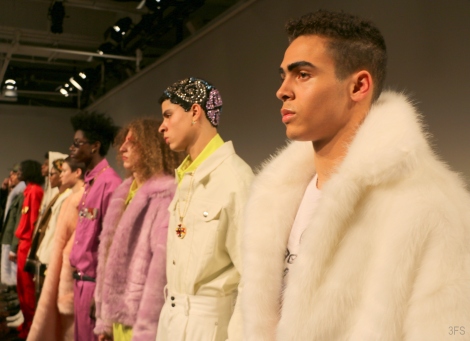 The outerwear itself varied from sturdy cotton and khaki fabrics in black and mustard hues to white denim jackets. These were all oversized, which was another staple trend of the season. There were other flamboyant faux furs in coral and pink and white, another showcase of the feminine colors comfortably foraying into menswear. 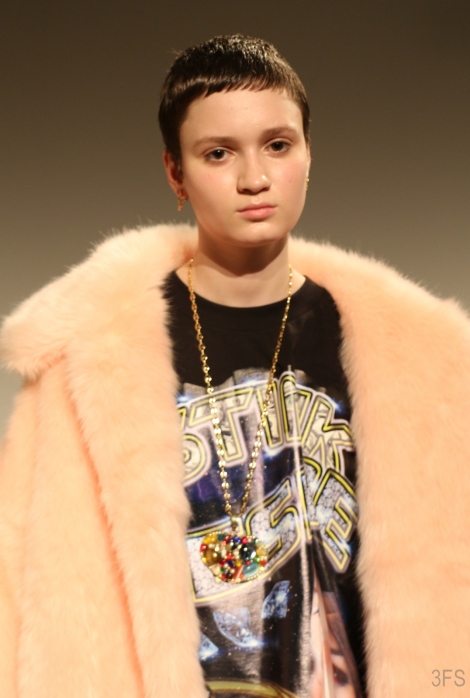 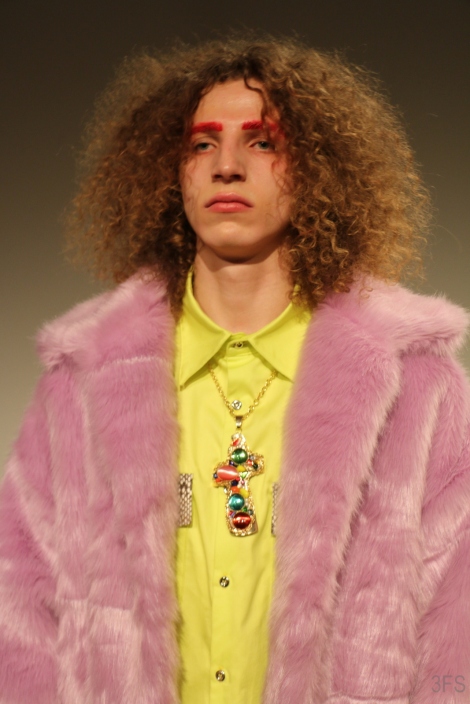 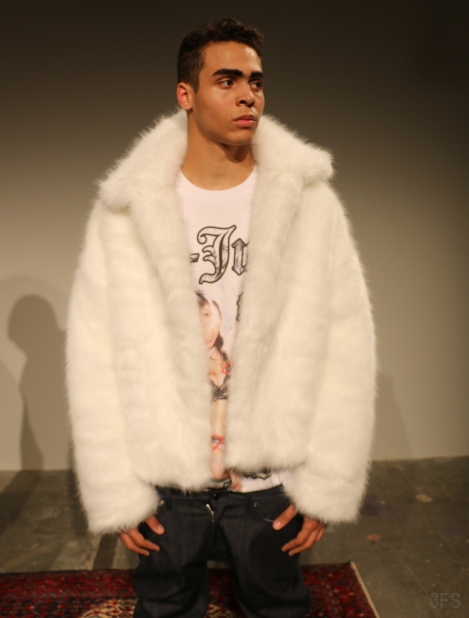 The footwear inspiration was Mauri, an Italian brand that rappers wore and which used exotic skins. This was evident from the variety of textures and fabrics apparent in all the models’ attire. Several sported alligator print and stingray skins on pockets of oversized shirts, with my favorite colors on one particular one which had me salivating in red and gold. 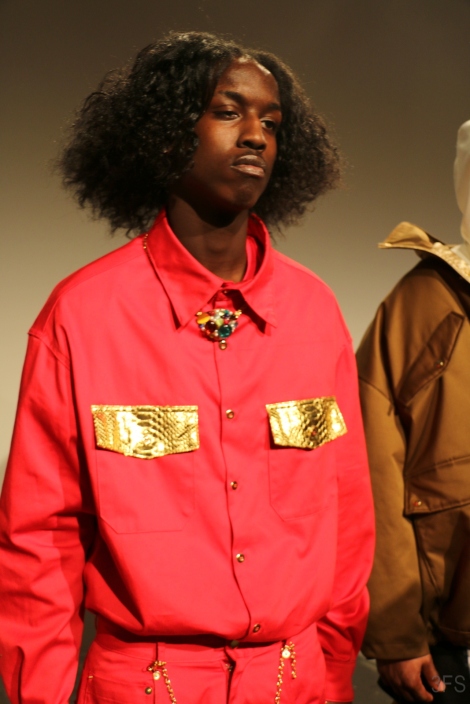 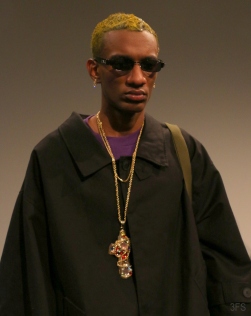 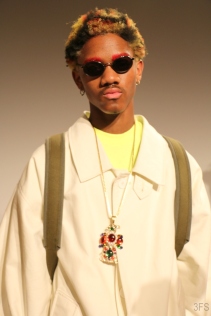 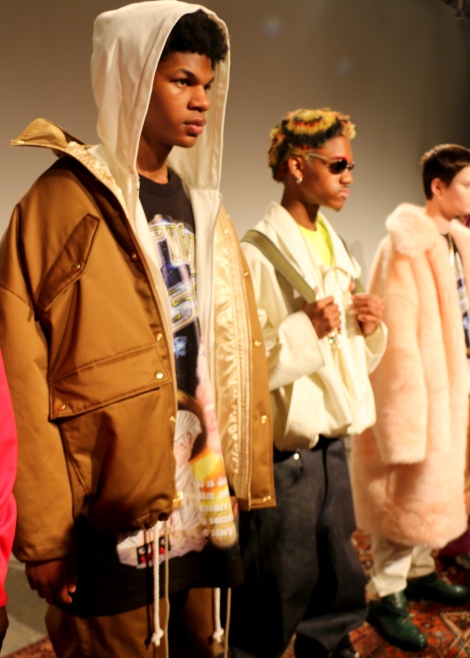 With music and retro opulence lending itself as an inspiration for the future, two things were a given: menswear was about to get bigger (literally) and dazzlingly brighter!