Two designers that respectively paid homage to the worlds of art and art history, as well as dance in forms of both disco and ballet, truly featured as my finest collections at Paris Fashion Week (PFW).

Rei Kawakubo created an almost optical illusional reality that distinguished it as a performance of fashion, quite distinct from the other shows which were focused on couture, commerce or ready-to-wear. This was runway art at its finest, called “Multidimensional Graffiti” which was a rather literal translation of the artistry at hand, held at the Russian Embassy with structural legacies from the war era. Each outfit featured the work of artists from the 16th century onwards, and several were ones that were familiar to folklore or pop culture. Makato Takahasi‘s wide eyed girls were the easiest to identify, as was the scene by Japanese artist Sesson Shukei. Giuseppe Arcimboldo‘s fruit plate and modern renditions were also prevalent. The way they were brought to life as clothing was to highlight them in voluminous, sculptural designs that transcended the barrier of art and fashion. There were headpieces, capes, and plenty of accessories, like bags, robes, and drapes. The shoulders were winged out and the hips widened to portray a better view of the art, as well as the actual era of fashion when it was about a regal fit. Truly a testament to stunning beauty. 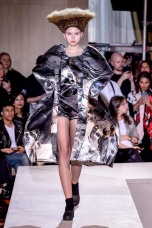 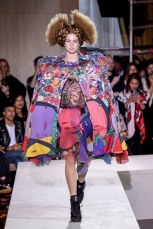 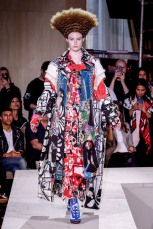 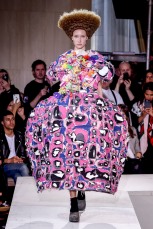 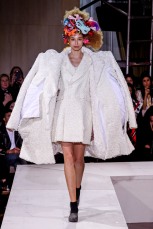 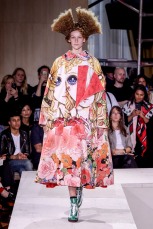 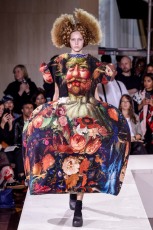 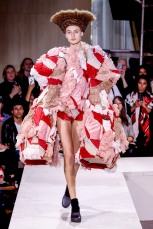 Love all, trust a few, do wrong to none. ❤️📛 @commedesgarcons voluminous artists collections by #ReiKawakubo at #PFW, literally drenched in my favorite hue red.

Life’s just a disco ball isn’t it? The Grand Palais of Paris was transformed into what looked like an epic space of the future with disco balls lining the ceiling, and oversized ones laying on the floors glinting in the light of a thousand smartphones. The show opened with a performance by Hiplet, owing to the era of dance and music, which was a dazzling combination with the ambiance itself. The show itself continued with a blend of ballerina inspired lace and fitted outfits in pastels and whites, casually blending them with the sporty athelisure trend. As such there lace shirt dresses with drapes, leather jackets and tops with ballerina tutu dresses, a lace romper too, a white lace leotard with a bomber jacket, and plenty of ribbon ties flowing in the wind, almost dancing to the glint of disco. The colors were delicate and feminine, from dusty pinks to baby pinks to off whites and lace whites, often interlaced with the sporty trend of red and black. The most wearable pieces were indeed the outerwear, for the blend of plush bombers in shiny hues with lace inserts was a truly unique and commerce-ready concept. With most of the models wearing ballet slippers, this was a nod to both the rich history of the dance art, as well as one of the finest presentations of juxtaposition that the fashion world had seen. 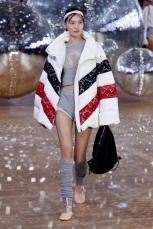 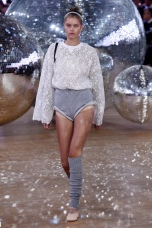 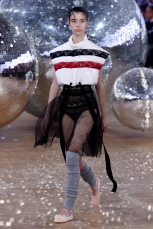 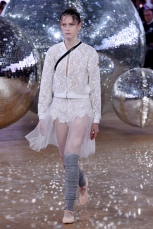 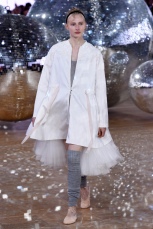 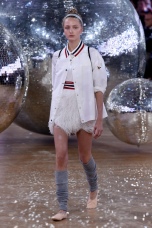 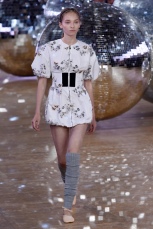 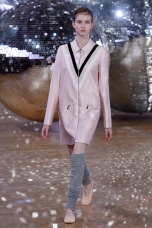 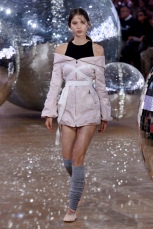 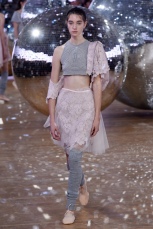 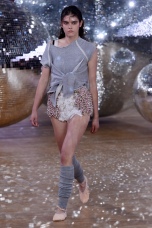 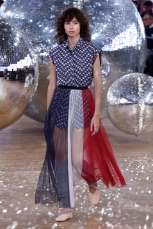 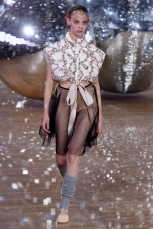 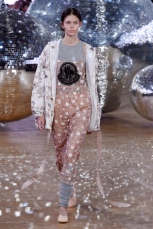 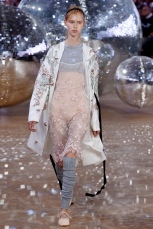 My new favorite color may just be the glint of the disco ball. 💿🕺@moncler #MonclerGammeRouge at #PFW decked up in enough glint and glimmer to make it a starry night in the middle of the day. #NightlifeAddict #Paris #DiscoBalls

3 responses to “A Tribute to Art and Dance: Comme des Garcons and Moncler at PFW”