Couture is a matter of tradition and its blend with modernism. How then did two legacy brands get so whimsical and statement-like? Not a peril of any sort, but more a surprise for those clamoring for the next big trends from two of the largest Parisian houses at Paris Fashion Week (PFW).

Held in the Palais du Justice, the morning show had an opulently gilded entrance and an array of male models handing out Givenchy coffee to those who trudged the palatial floors to see the show. Designed by Clare Waight Keller formerly from Chloé, the collection was called “Transformation Seduction”, owing to the rather obvious nature of her takeover. The collection was rather 90s in its look, with voluminous tops and tapered inwards towards the waist and bottom. With a distinct form of designing with the shoulders in focus, some of the blazers and jackets had padded shoulders for a stiff, functional form. There were a variety of pieces, often unrelated to each other, with military coats worn with dresses, and a whole collection of girly dresses in prints, lace, and my favorite, animal prints. The leopard print came in a variety of forms, all over an asymmetric dress, in lip-like red over a net top, on lace sleeves, and almost animal-esque with gold lips on a black mini skirt. There was also a series of dapper menswear, with the all over leopard velvet suit giving me an inevitable jolt of excitement! Boxy blazers were paired with slim red pants, while trending bold striped shirts in silk were with loose fit trousers. While there were many printed trenches and jackets with velvet and leather accents, my favorite were the suits and blazers.  Shiny or motif printed, with sparkling lapels or seductive textures, these were the kind that would constitute a party-boy‘s trip to a luxe haunt. Truly Givenchy, a modern take on what could be the next era of structured and flamboyant luxury.

The @givenchyofficial #PFW show at the Palais de Justice, a former palace and prison (where apparently Marie Antoinette was imprisoned before execution). #Swipeleft for the rather structured show in an enchanting setting.

Today's mood sponsored by #coffee served by @givenchyofficial #PFW models and staff at the Palais de Justice, a former palace and prison (where apparently Marie Antoinette was imprisoned before execution). #Swipeleft for the rather structured show in an enchanting setting. 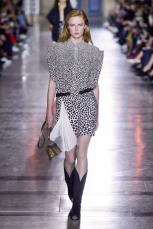 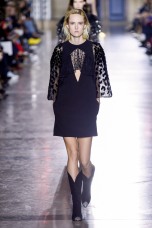 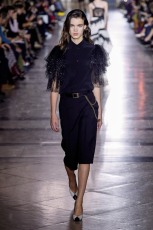 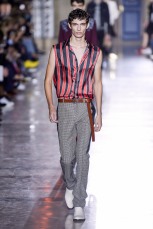 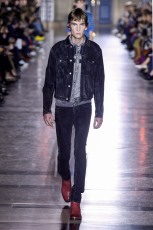 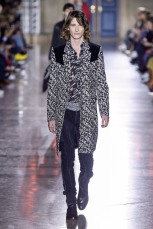 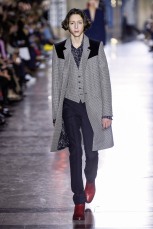 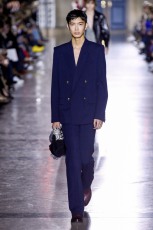 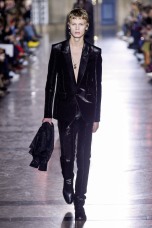 Balenciaga was a startling mix of street and casual with legendary luxury, and with an almost club-like house music tonality to its dark disco-light runway where models emerged out from pitch darkness into stunned light, sometimes literally stumbling on their waltz out! Designed by Demna Gvasalia, the best way to describe the collection was a juxtaposition of several different prints, textures and garments, all to create voluminous looks that begged to be deciphered with more detail. There were tweeds and quilts, tartans and silks, lace and leather, all mish-mashed together, often stylistically and sometimes as a sartorial styled hodgepodge. While I thought the punchy yellow and orange shirt dresses worked, the wrapped sweatshirts and the tartan shirts were reminiscent of a statement runway from yesteryears. Tartans and gingham checks were a mainstay, often clashing and seeming like they had been pulled off of a tablecloth or curtain from a vintage home! Yet, they often worked with tight jeans or flash footwear. Speaking of which, outside of the McQueen style studded heels, the collaboration with Crocs in neon colors came across as gutsy and clever, fitting well with the new era of making luxury accessible. While many may take pieces from here, only the bold will take entire looks to replicate on a soiree. 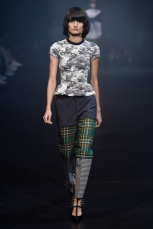 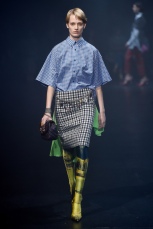 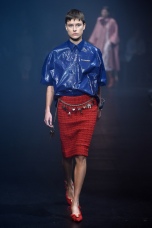 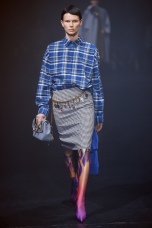 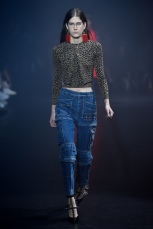 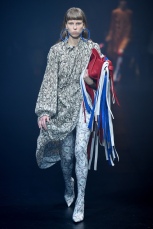 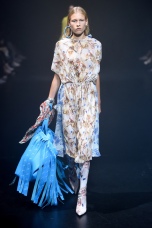 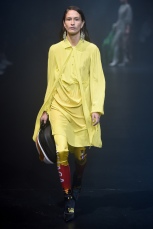 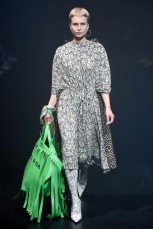 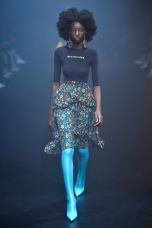 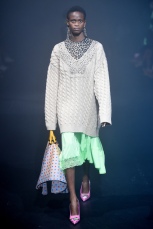 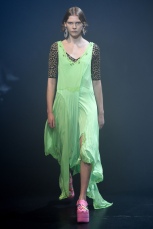 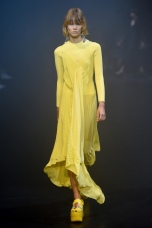 A sartorial hodgepodge of prints, patterns and spooky background music for @balenciaga at #PFW. Tartan on stripes, sweatshirts as shawls, and funky chunky return of the infamous clogs for footwear.

9 responses to “Juxtaposing Modern Style with Legendary Fashion: Givenchy and Balenciaga at PFW”