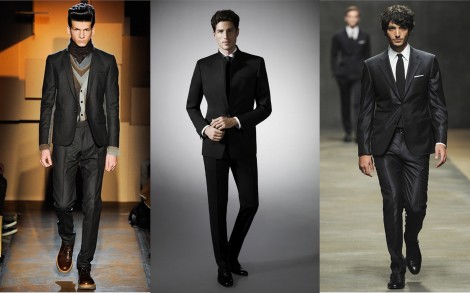 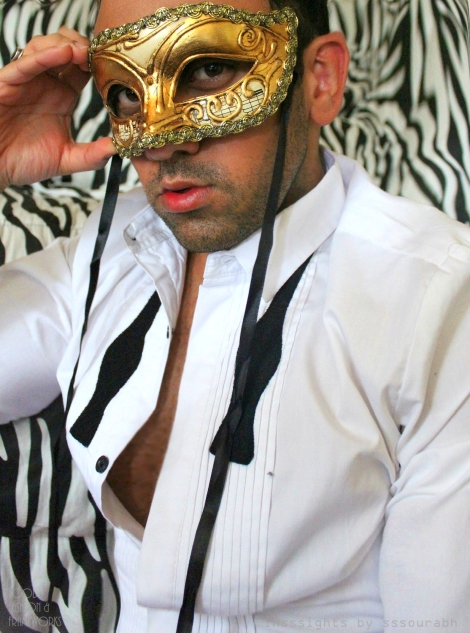 These are all symptoms that men and women alike have when a man in a black suit enters the circle of vision. Like the quintessential black dress in every woman’s wardrobe, a guy has to have his black suit. Albeit, this was probably more the case decades ago, when the quintessential black suit was a sign of a man’s luxe pedigree. While the trend still prevails, the penetration of black suits into the world of mass market and consequential hysteria has made me part from this symbol of masculine heritage.

But lately, courtesy of New York Fashion Week and insurmountable gapings across Europe, India and Asia, I have seen that the black suit can be tweaked to still relay a modern, dapper and stylish character, while retaining the masculinity that it epitomizes.

So if gift giving is on your mind, recall that what men want is the black suit – with a subtle or over-the-top sumptuous twist. 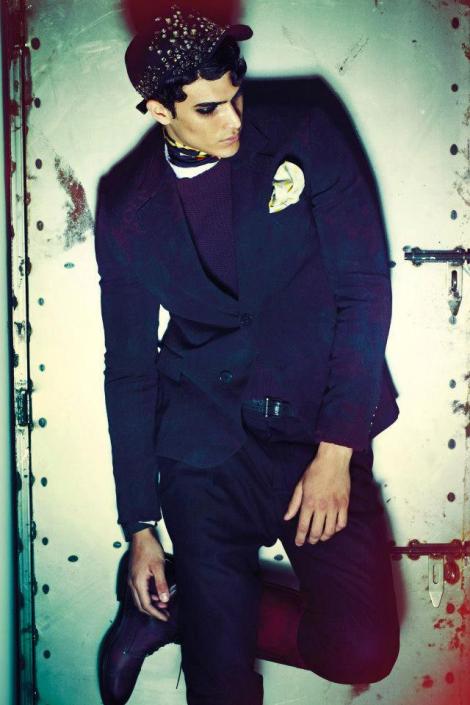 When in a flock of dapper men, its easy to look communally good looking. But we all need unique identifiers. Wear a bright shirt, preferably with hypnotic prints, which although easy to do, is a trend that I’ve seen overused and overdone. A better one is an extra lining alongside the lapels, either on the jacket or on a shawl or cardigan that is meticulously placed on a whiter shirt. My favorites are leopard print, or a neon pop. 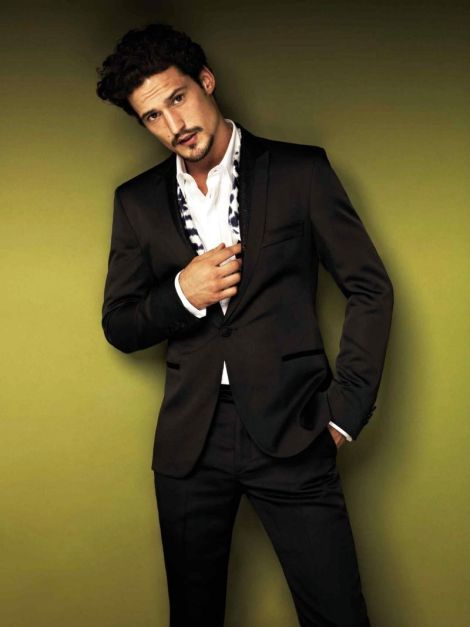 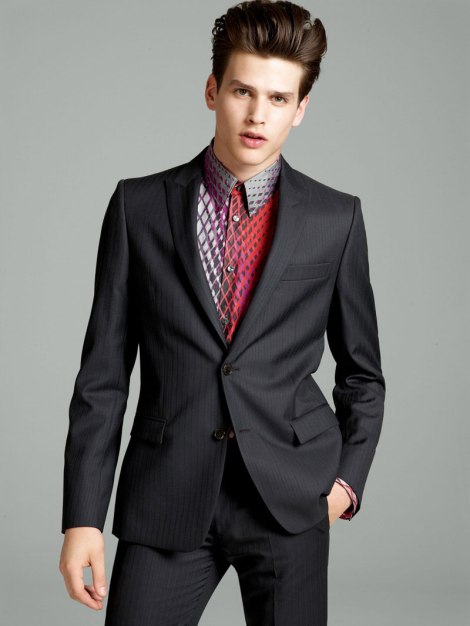 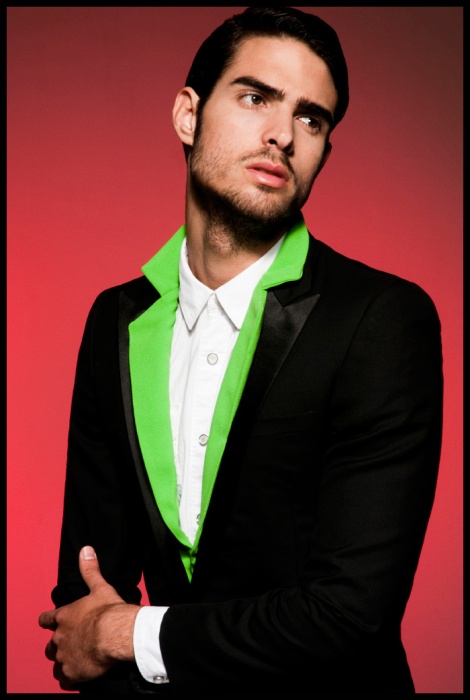 I own a London Fashion Week black suit with leopard lapels. The number of compliments it garners is overwhelmingly flattering. But if one does not feel the Jersey Shore vibe, it’s quite simple to have a black on black lining in sheer or metallic that acts as a sheen polish on an already immaculately designed blazer. Velvet is also trending heavily over wintery months, while matte or sheen or plain white lining work well for hoity summers. 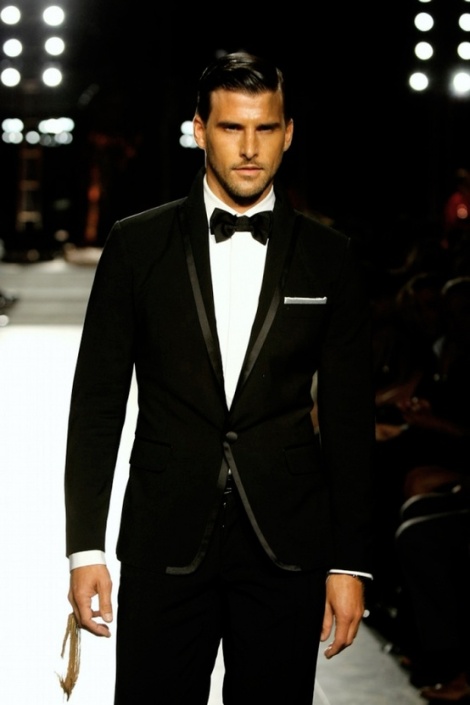 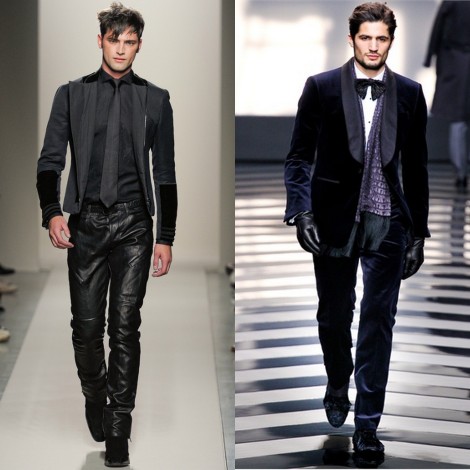 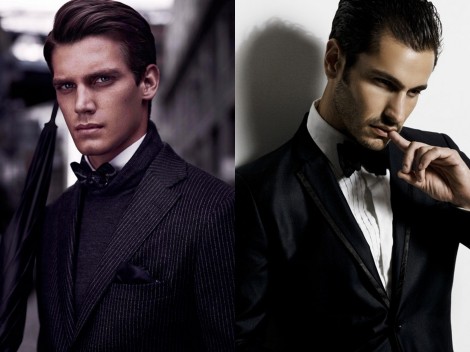 Most guys (including myself) cringe at patterns onsuits, but the one trend I have developed an eye for is black on black texture. It’s subtle, but still trendy without being nauseating. Velvet and silken fabrics are the best playmates for a black suit base, and it’s a trend that I’ve seen on many runways and Eastern fashion shows, often even outside the McQueens and the Gabbanas. 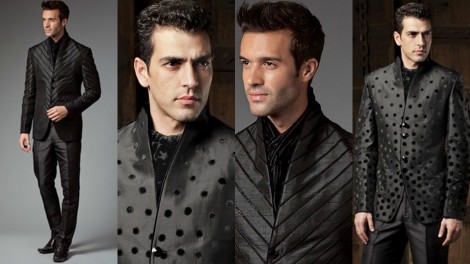 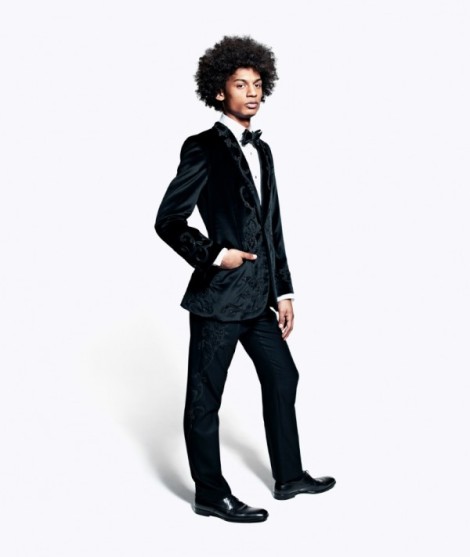 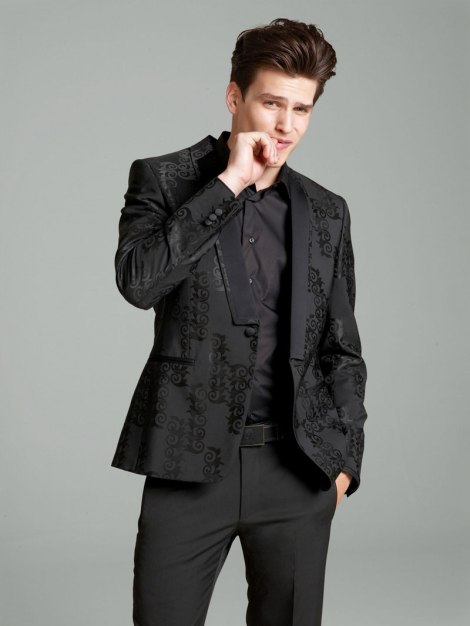 Sheen and Sparkle for Attention

It’s the holiday season, so why not? A little shine is commonplace amongst many designers and retailers. So if you want to step it up, try something that gleams in the slight light of a cocktail or in the presentation spotlight in a boardroom. Or you could sway in the direction of animal print or a starlit fabric landscape according to the occasion. And for the smoldering faced party animals out on prey, there’s the black suit with leather pants… 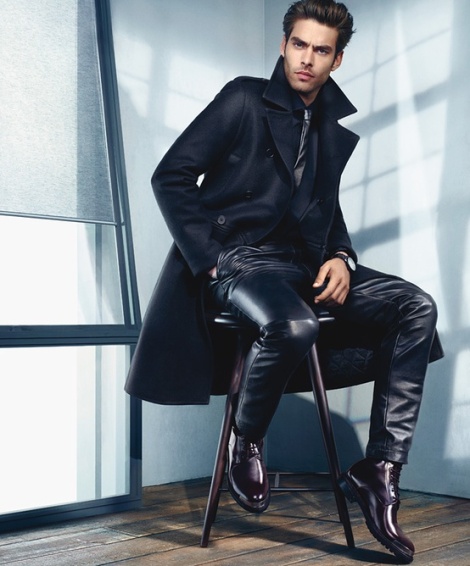 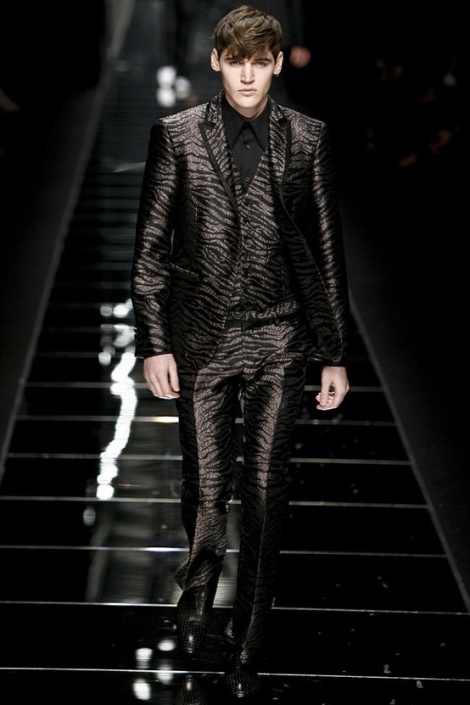 Remember that it’s not all about the suit. Accessorize with the ever trending black gloves, bowties, sunglasses, and so much more. And if you’re not the product kind of guy, at the very least do something adventurous with your hair. Slicked back, gelled up, puffed up or bangs. Invest in some creative hair texturizing products, a recommendation for stylish guys in a popular dictative article. 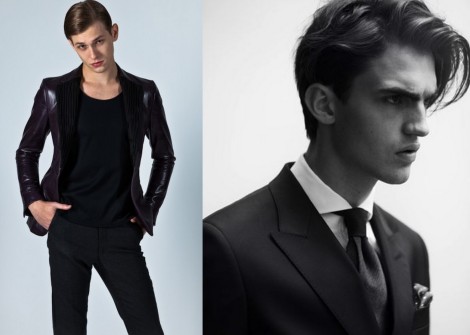 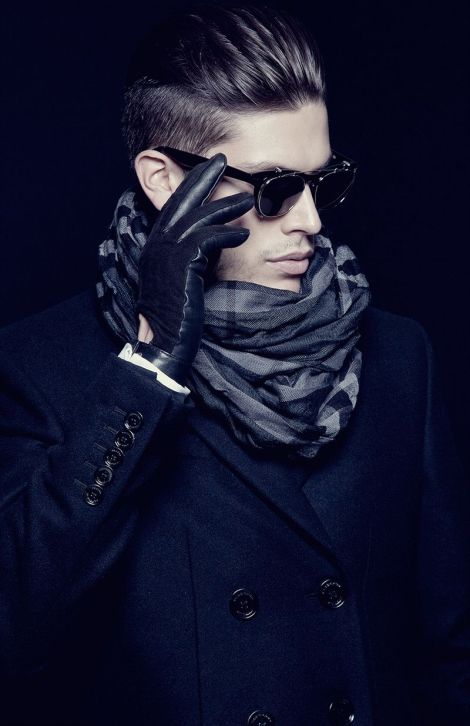 And then there’s Bling

And for those with the adventurous streak, the stud and bling trend has not spared suits either, all the way from Zara to Frankie Morello. As long as they are precariously placed on labels, edges, or designed to not be outrageously distracting, we are int he clear. For after all, at the end of the day, its a black suit. 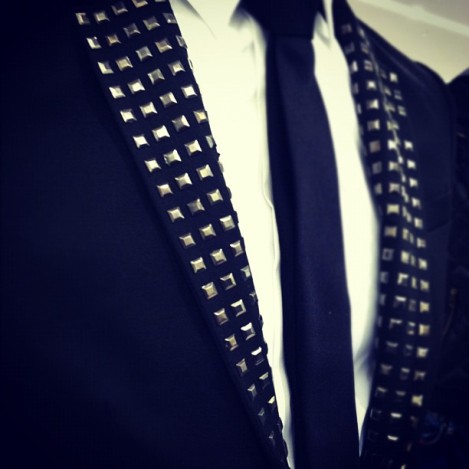 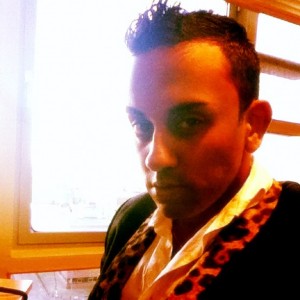 So, what will you wear this Christmas?

If it’s a black suit,
Tweak its vintage style to  personify you.

And if you’re going to gift a black suit
Make sure it’s not uniform.

27 responses to “The Black Suit… with a Twist”