I crave attention and adventure.

Symbolic with my life, its no wonder that I enjoyed two fairly adventure based presentations at New York Fashion Week Mens (NYFWM). We got to not only interact with the designers and models and touch and feel the outfits, but sip scotch while doing so! 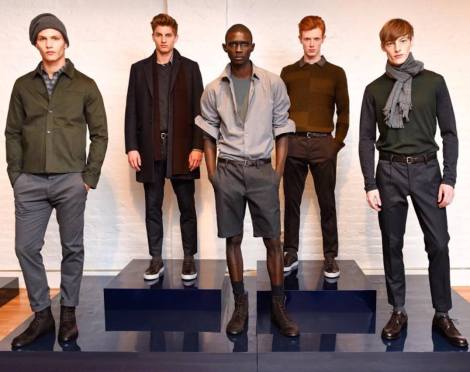 Starting with sportswear brand Zachary Prell, the studio was transformed into a lounge with almost every model reminiscent of my recent trip to Milan Mens Fashion Week (MMW). They admitted it too! With understated looks, comfortable fabrics, a focus on fit and on self toned texture, the pieces merited second and third looks. As Press said himself, its was the season of layering. 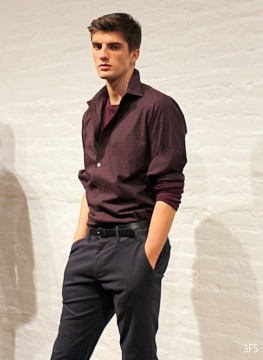 Several pieces were textured woolen trousers with simple cut and well fit shirts. Often paired with a mock turtlenecks or a cardigan, these were easygoing pieces that looked and felt supremely comfortable. Some highlights included moleskin shirt-jackets and pima cotton zip ups, making it easy to layer when in microclimatic weather (hello west coast). 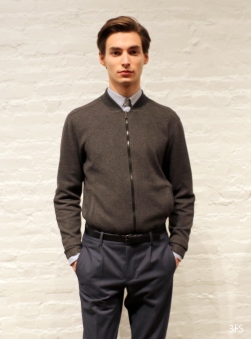 However what I fell in love with were the sweaters. Cable knits in cashmere and woolens which were twilled and woven in a sequence of shapes that reminded me of my childhood. In deep wine reds and blacks and beiges, these were a guarantee for dapper success on both casual nights and formal mornings. 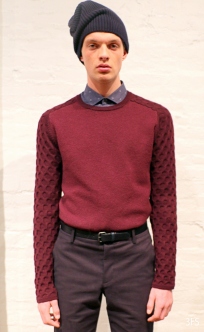 One particular blazer and beanie combination was a favorite, owing to its perfect hybrid of leisure and luxury. 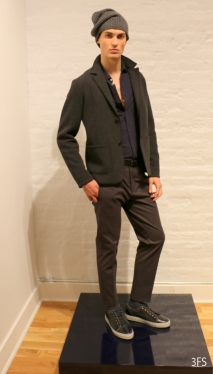 Skinny fitted trousers and pleated ones were both in the mix, pairing well with the simpler tops, though my favorite was a dark denim which craved both daylight and nightlife. Thus a perfect year round piece for the spirited boys like myself.

Similarly, and racing right off to the next presentation, Brett Johnson also presented a classic menswear line, which we finally made it to from behind leopard print shirts and envious eyewear.

Inspired by the American West with a twist of woodman flair, the studio was decked with fall tree branches, creating an omenic, twilight style ambiance. The styles were very classic, exemplifying the working man as he lays off duty, away from the professional life, and in a laid back but pensive mood.

The clothing was simple in cut, with a focus on quality fabrics. I appreciated the play on my favorite color red, and was literally salivating for a standout red suit paired with a black and white check sweater and collar detailing on the shirt. 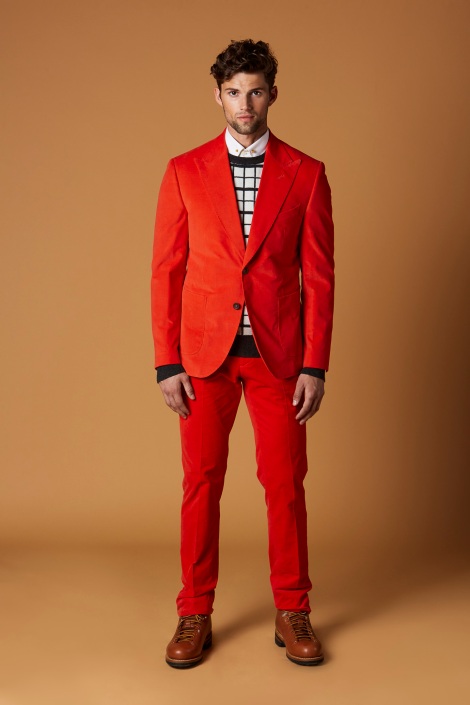 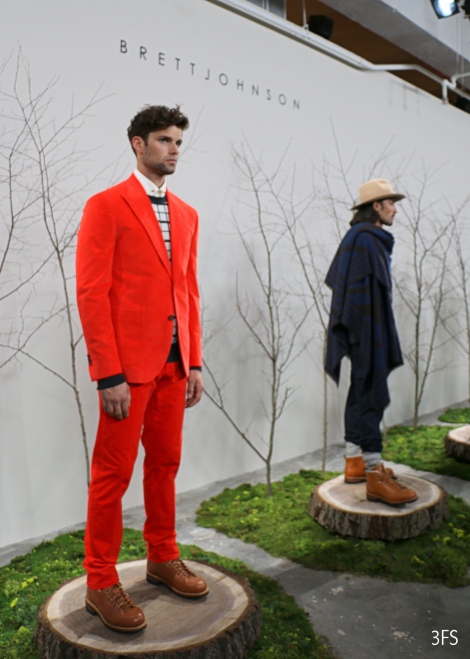 Besides this, there were other pieces where red popped, making it more refined with a hint of playfulness. There was luscious outerwear in fitted styles, like leather jackets and patterned scarves in indigo hues, suede vests with cargo pants, and a lot of stripes of check prints, lending rugged nuances to an otherwise straightforward and simple collection.

The knee length jackets in greens brought the forest hue back, while one of my favorite sweaters included a mountain bull’s face in pastel tones. A nod to the American West, it was a leisurely collection, and one that I longed to adorn. Especially that red suit. 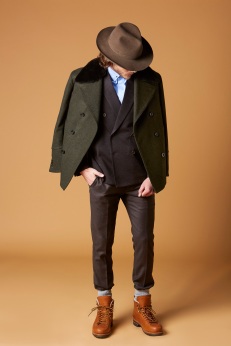 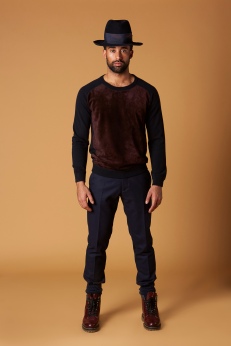 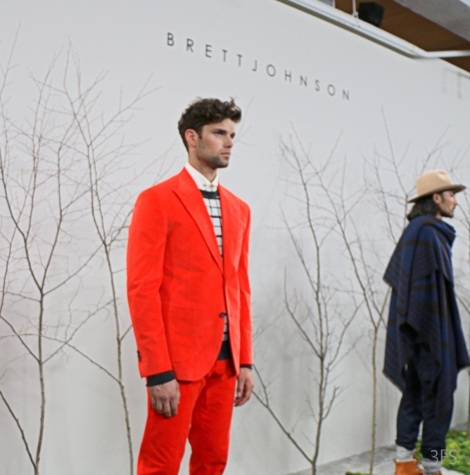 Thanks to Deux Hommes, Zachary Prell and Brett Johnson for image collaborations.

Time to laze away leisurely.