If we are what we eat,
I am saccharine sweet.

Let’s face it, I like to indulge. Especially in things soaked in chocolate, as I am not one to joke when I say that desserts are a staple in my diet.

With yet another cameo on New York City Food and Wine Festival (NYCWFF), this seasons’s intriguingly themed dessert party was a battle of cake vs pie, hosted by cake maker Duff Goldman.

The apple pie, aka torta di mele from Chef Jessica Weiss was a deliciously dark golden brown color, topped with creme fraiche and apples, making it an almost bitter pie which was a flavor of my choice. With succulently baked apples and fresh slivers up top, this was an indulgent bite. 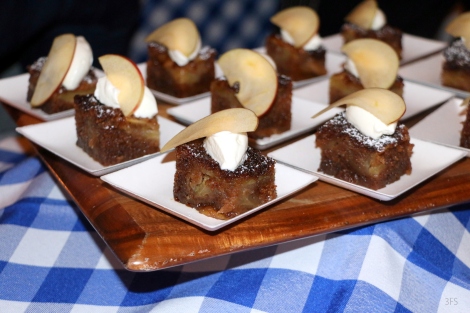 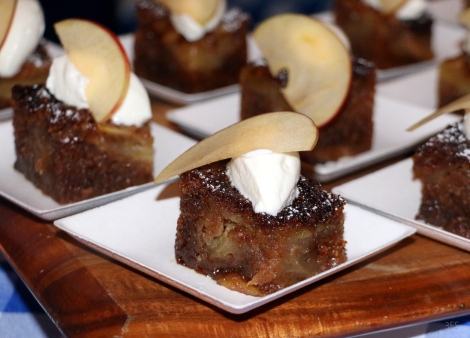 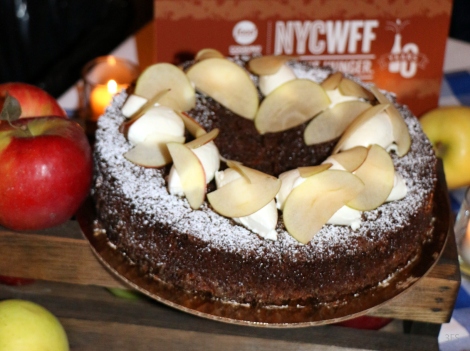 Chef Meghan Daly had my favorite pie of the evening, which was a spiced plum pie. With juicy red tart plums lending a tangy quality, the taste was elevated with cloves and cardamom, making it an almost Indian and Middle Eastern blend with the west. A truly delicious, saucy bite. 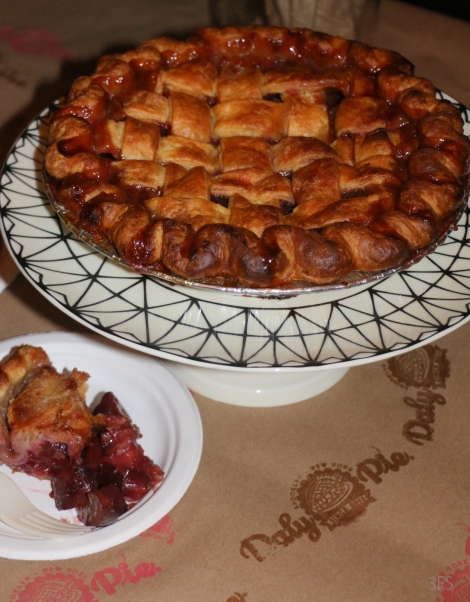 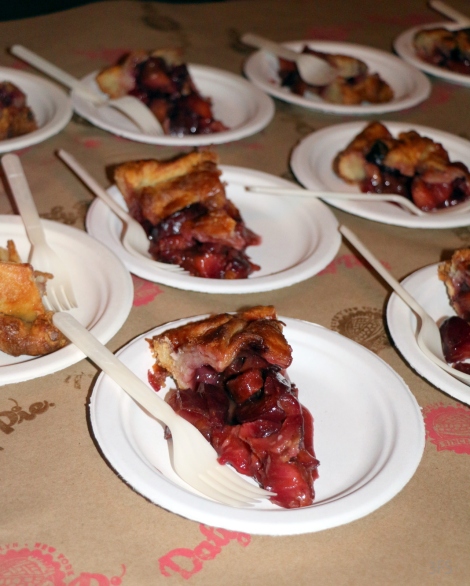 Chef Carol Becker had an all berry pie, traditional looking with a homely feel of a baked up spherical top with sugar, laden with juicy red and blue berries on the inside. With a delectable crunchy and cookie-like texture of the crust, it was a terrific balance of sweet and crunchy sugar granules with tart berry fluids. 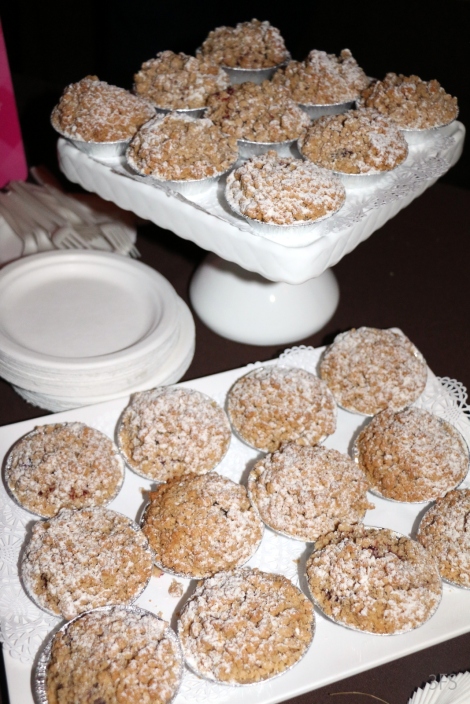 My favorite Chef Zac Young had an inventive and whimsical take on pies, as expected. A key lime pie margarita shot in a shot glass with an umbrella took me straight back to my beach days. Tasting like a tasty sip of lime on a Hawaiian beach, the decor and citrus flavor was unmistakably unique.

You had me at aloha 🌴. Cheers with 🏖 Key Lime Pie #Margarita shots by @zac_young celebrating a life of only desserts at #NYCWFF with @sarsphoto #NewYork @NYCWFF. 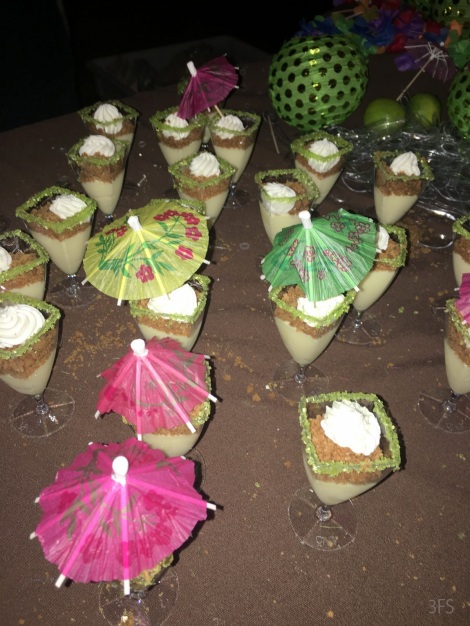 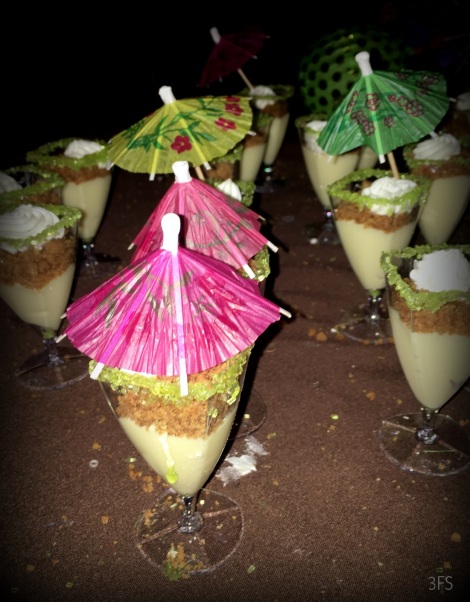 Brooklyn based pies by Chef Emily Elsen and Melissa Elsen were also a top contender for my favorite pies of the evening, with the simplicity of salty honey pie! The simple but deliciously inviting juxtaposition with sharp salt granules with tender honey pie was a masterstroke, and left me gobbling it up by the bucket! 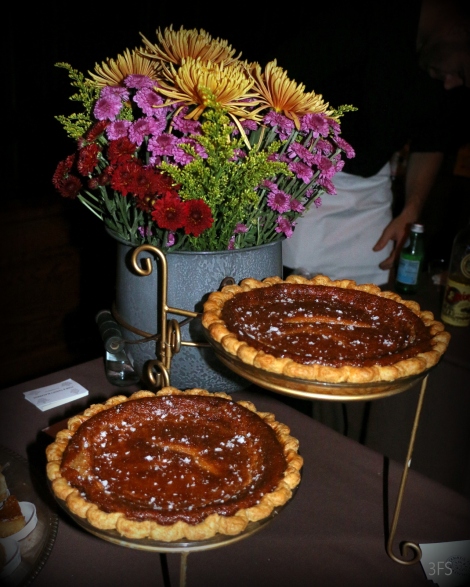 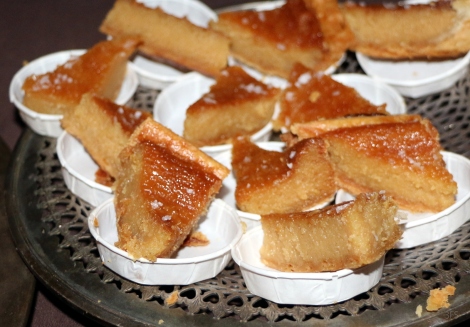 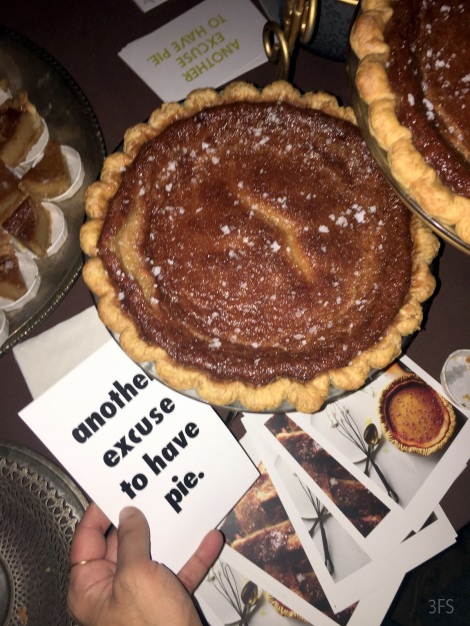 The most traditional looking golden pies were by Chef Ron Silver with pecan pralines and caramel sauce, looking as classic as a Disney fairy tale, and tasting as classically so. I preferred the nuttier pecan one owing to its textural perfection. 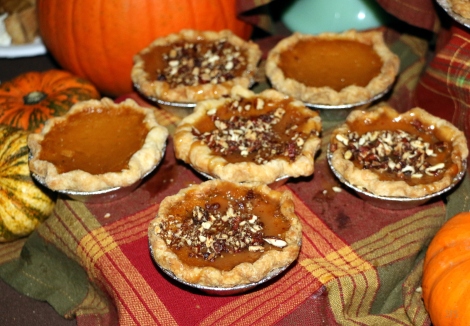 Chef Petra Paredez had her most indulgent pie, the German Chocolate Cream pie, which was a blendable marriage of a classic cake to a velvety pie texture. With luscious bits of nut and graham cracker, it was the smooth chocolate that had me salivating for more. Truly a tender, rich bite, all round. 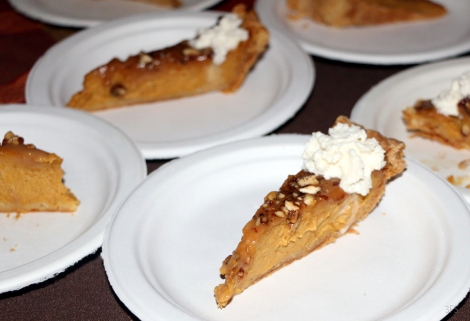 Chef Jacqueline Knight was gracious enough to get me a bite sized cheesecake with bourbon caramel sauce sans the maple bacon, which in itself was a velvety smooth texture with just the right sweetness from caramel. 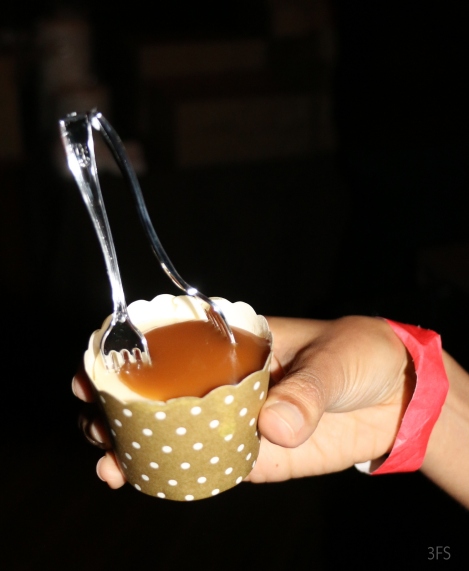 Chef Ron Paprocki served a very deconstructed cake of sorts, which also won the award of the night. A coconut and passionfruit cake of sorts, it had the gastronomy based textures of foam and jelly, with shards of white chocolate making for a tropical style dessert. While much on the mushier side for my dense cake liking, the passionfruit flavor was prominent and delectable. 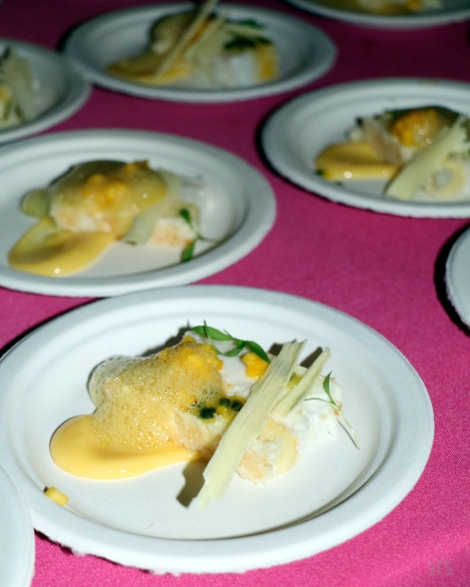 The most bitter of cakes (in the perfectly best way!) was by Brooklyn based Ovenly, the dark blackout cake, with shimmers of silver spelling out #CakeObvi up on sturdy frosting, a nod to social media. For once, a cake that held its shape and texture, even with the frosting, without falling or dribbling to the side. And the darkest of tastes was possibly the most indulgent in the chocolate family. 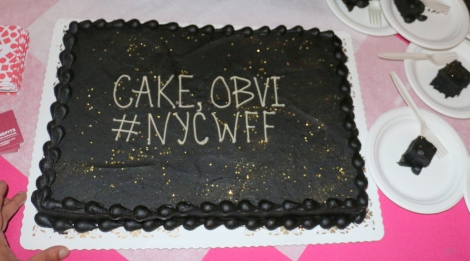 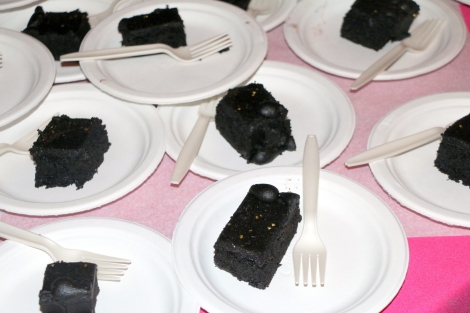 Things were elevated further by bakery inspired cocktails by Four Roses Bourbon, as well as neat shots of the very same with a rose essence. Truly a delightful blend of my two passions in life, dessert and liquor. 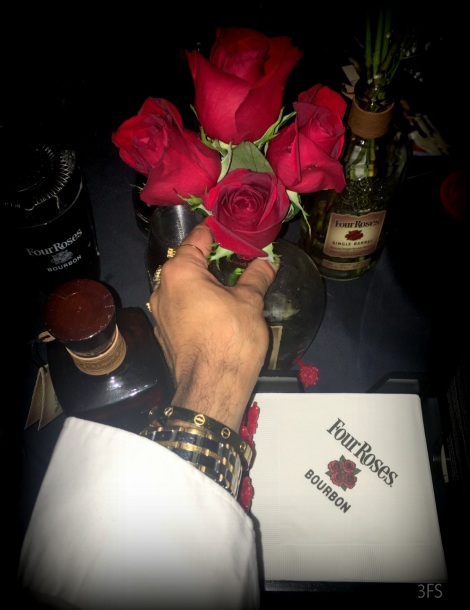 With a consequential sugar high, I swooned with the gothic architecture of the High Line Hotel, a perfect venue for love and indulgence.

13 responses to “The Cake vs. Pie Dessert Showdown by Duff Goldman at NYCWFF”

sunshine is a state of mind 😉☀️🙃 #BeTheSunshine! 🥭+🥥+🍌 #SmoothieGoals but no pomegranate + turmeric + collagen emoji 🐆 #EmojisintheWild
don’t miss the snake while you focus on the scorpion 🦂 🐍 #EidMubarak with full moons and desert sunsets 🌙 🌵 #DubaiLife #DesertCreatures
if everything is in place, there is a place for everything ☀️ #OrganizedLife #PerfectDay
... another fine day ruined by responsibilities 📚🕶☕️ #Workaholic #ItsAlwaysTeatime #Hamptons
we occupy a small place in a massive world ⛰ #MountainBoy #HikingAdventures #BryceCanyon. . . (... remind yourself and your phone notifications that the world doesn’t revolve around you). . . 📸 @c3lsius
life is like a camel, YOU can make it do anything... except back up! 🐪🌵⌚️ #HumpDay #CamelRiding #DubaiLife. . . #fact, these are dromedary 1-hump camels 🐪 which are domesticated and have emojis and days named after them. let’s support the critically endangered wild bactrian 2-hump camels on @wwf 🐫. . . #TravelAddict #DesertSafari
fresh feelings / feeling fresh 🐄🐃🐏🐕‍🦺🐩🦓 #FreshStart #SupportLocal #CowBoy
... don’t be the one who runs for shelter when it rains ⛈ ☁️ ☔️ #Pluviophile @Princeton #Hogwarts #RainLovers
no playlist needed 🌾 🎶 🌊 #naturelovers
“there is no plan b, and no planet b” 🌍 #keynote at @bloombergbusiness x @allure‘s global #sustainability summit (pre covid), so relevant for #EARTHDAY and beyond 🌱 #environmentalist at heart, next up in #SMW 💪
love like there is no tomorrow, and if tomorrow comes, love again 🕯💛🔥 #loveforever #420 #flames
“you know that place between sleep and awake, the place where you can still remember dreaming? that’s where i’ll always love you, and that’s where i’ll always be...” ~ #JMBarrie #PeterPan #NatureLovers #Montauk 🌾