The state of political affairs has globally impacted many minds, and fashion stays no behind at New York Fashion Week Mens (NYFWM). On the opening night, one of my favorite designers and friends Ricardo Seco presented “Juntos / Together”, using his staple strokes of bright colors (my favorite!). 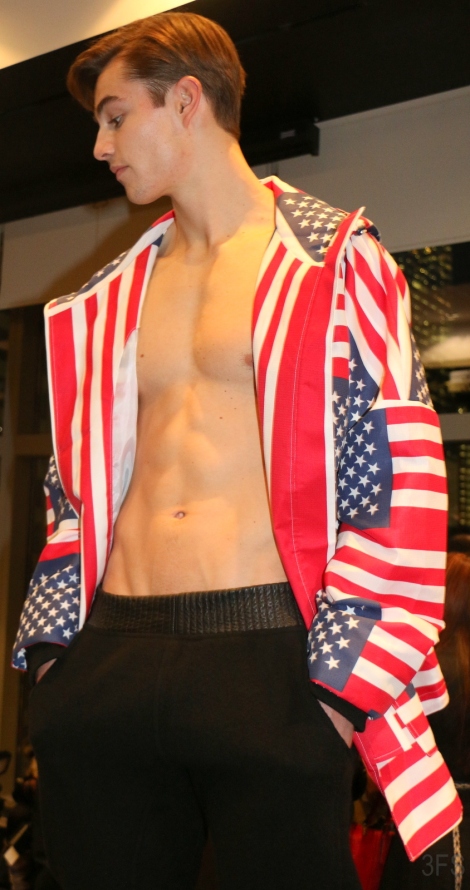 The presentation explored the Transformative Journey of Migration and his desire to verbatim “reject those invisible walls that exclude and separate.” With a rich history in colors, style and fashion that has impacted the world globally, the symbolism reflected the friendship of sibling-like countries Mexico and the United States. With words like “Respect for the rights of others is peace” and “Proud immigrant”, the statement of peace and cooperation was obvious, and came at a much needed time.

The style itself was a mix of sport and casual, with several pieces of outerwear in varsity or shiny format mingled with motifs and gold, symbolic of previous collections.  As a lover of all things gold, I liked the gold embroidered letters on several sweatshirts and tees, alongside motifs of stars on one particular varsity style jacket. 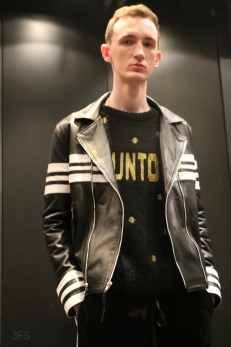 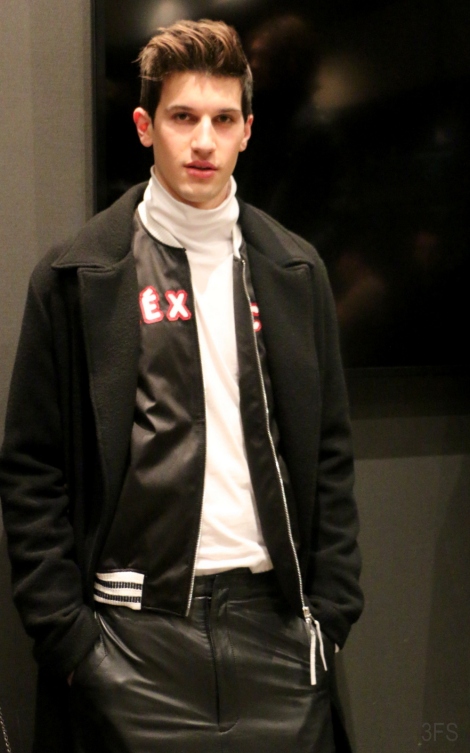 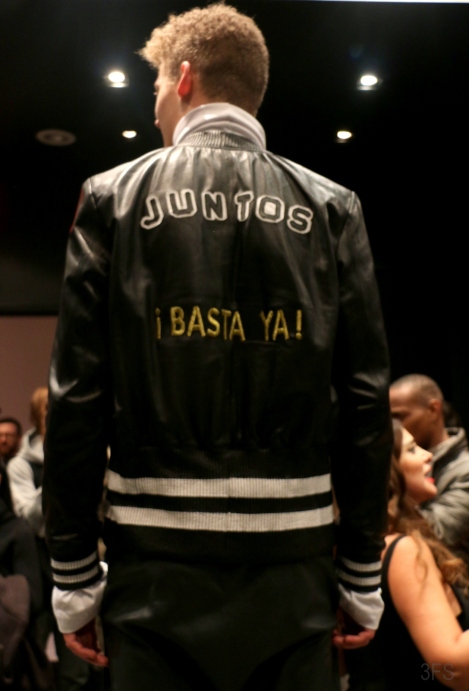 Red – my favorite color – was prominent on several collections, including two showstoppers in American stars and stripes and lettering of respect on the back. The tactic allowed the clothing to be seen from various angles and appreciate the diversity of athlesiure. 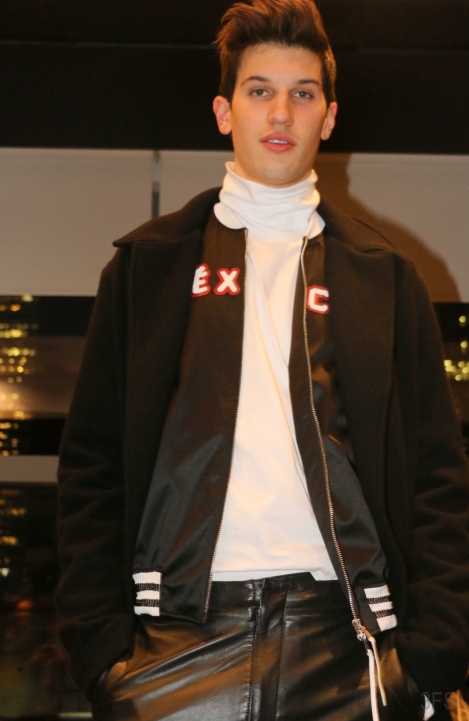 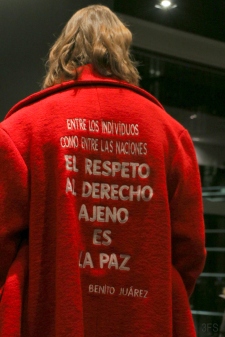 This was just the start of a series of fashion week shows that went beyond presenting fashion and made a statement of opinions, reflecting current mindsets and environments. Formerly too, Ricardo has spoken on environmentally friendliness, so it made sense for this collection to target a pressing issue of the time. 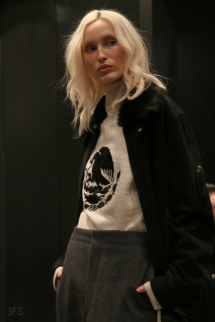 I was simply thankful that gold continued to reign as a playful and winter weather trend!