There is nothing more la-la-la about La La Land than an afternoon basking in the sun on Melrose Avenue and slurping in the sights of hot LA locals and newly dispatched aspirants, bringing vibrancy and high spirits to the city. Just another afternoon looking at Los Angeles through dreamy blue glasses

One staple is Urth Caffé, historic lovechild of Jilla and Shallom Berkman‘s established decades ago in 1989. What started as a passionate story about organic heirloom coffee sourced from Peru became a changemaker in cafe culture. The couple pioneered the independent and tasty coffee concept by abolishing destructive practices in coffee production and removed it’s reputation o being the most chemically treated food commodity. With a picturesque location on Melrose Avenue, the store grew from its West Hollywood and Beverly Hills climate and began to spread health-conscious coffee culture all over the city of angels. 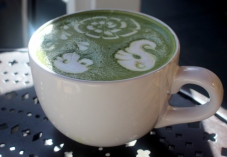 My favorite is always the matcha latte. High grade Japanese sourced matcha with almond milk is served in a cup so large it reminds me of childhood days when Alice in Wonderland would inflate and deflate with her saucers turning into problems and saviors all at once. Or throwing back, way way back, to how The Borrowers must’ve felt at home. Mine was laced with a swan, like a swan song of sorts bringing both the tranquility of art and the premonitions of it to the breezy forefront.

With a penchant for desserts and a curiosity about the long standing matcha trend, I also opted for the matcha tiramisu, rather surprised at picking the absence of a cacao bean owing to my own disenchantment with white chocolate. The result was intriguing, for it was neither as saccharine as the white chocolate, nor as bitter as matcha. With an orchid breaking the monotony and bursting with sentiment, I found the server had picked up on my love for florals! The Cali take on the Italian staple was essentially matcha green tea soaked ladyfinger cookies layered with matcha mascarpone cheese and white chocolate chunks. Slightly crunchy without a crackle and decadent without being heavy, it was exactly what California sunshine promised. 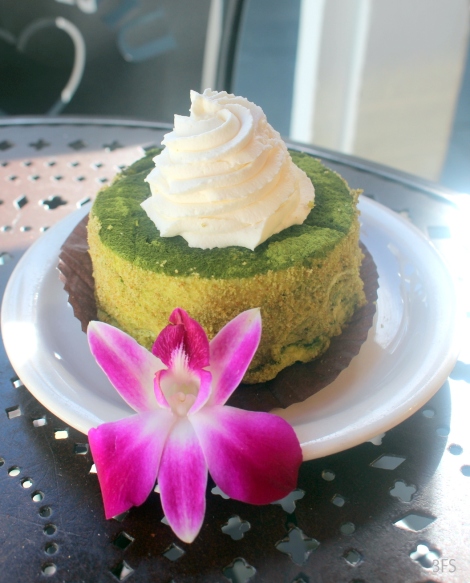 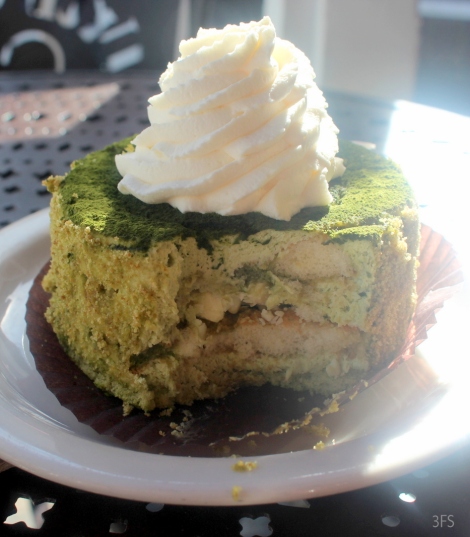 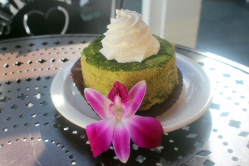 3 responses to “I Love La La Land So Matcha”